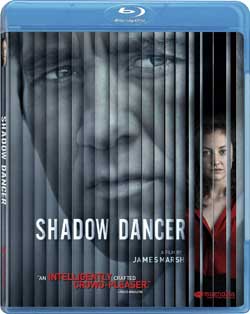 Set in 1990s Belfast, an active member of the IRA becomes an informant for MI5 in order to protect her son’s welfare.

This is a fairly decent little thriller surrounding the Troubles that took place in Ireland just a few decades ago. It tells the story of a woman who, acting as part of the IRA, plants a bomb on the London underground (which fails to go off) who is then arrested and encouraged to be an informer for MI5. She is then torn between loyalty to her family (her brother is also a member of the IRA) and spending a lifetime in jail. Based on a novel by Tom Bradby, I think that it was good of Shadow Dancer not to spend time sympathizing with either political group as this could have gotten extremely messy. Despite the political backdrop, this really isn’t a political film. Instead, the film focuses on real people in real situations and what they do to survive. Because of this, the audience is able to feel for those on either side of the argument and get a firsthand taste of the desperation and paranoia that surrounded those times. 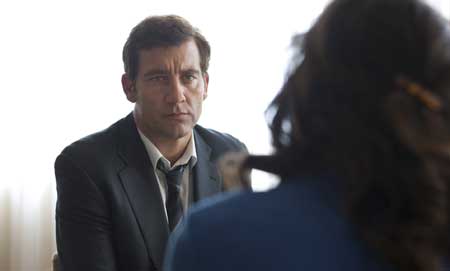 However, I couldn’t help but come away from the film feeling as though it were a little empty, or even numb. Large portions of it contain no dialogue whatsoever and the ever present long shot puts up a barrier between the viewer and what is actually happening. In fact, it almost feels like not a great deal actually happens at all in the film as a lot of the scenes are dragged out with close up facial shots to try and evoke an extra sense of emotion from the viewers. Shadow Dancer is certainly cannot be described as necessarily ‘exciting’ or ‘taut’ because it was very gradual and subtle in its execution. I was never on the edge of my seat, but I was certainly not bored. It was simply more of a slow-burner. Keep watching until the end though, because not everything plays out exactly as you’d think!

The colouring of the entire film is very moody and bleak, perhaps reflecting the morale at the time. This atmosphere wonderfully complements the situation of the characters and I cannot fault director James Marsh for his ability to set the tone. The only bit of colour we get is the bright red coat that the woman insists on wearing and I thought this was a peculiar but intriguing choice. It put me in mind of the absolutely classic moment in Schlinder’s List where we see the little girl in the red dress (the only bit of colour in the entire movie). Maybe James Marsh was hoping to recreate this powerful scene in his own way. What does this red signify here? Danger, perhaps. Or even anger or love. Whatever it might be, I think that what Shadow Dancer has done brilliantly is throw conventional morality up in the air a little bit. The characters in this film are all just trying to survive in whatever way they can – subjectivity is the key here, especially when it comes to right and wrong. The main character (played by Andrea Riseborough) struggles to find the right balance which will keep everyone happy. 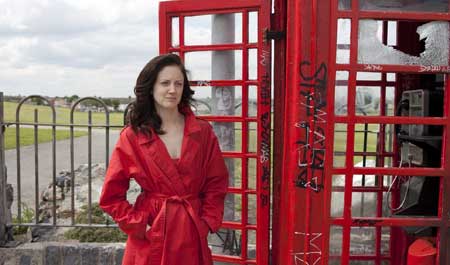 It is interesting to note that two different key figures of these times (the Republic’s most important agent inside the Provisional IRA and a British state agent inside the IRA) had opposing views as to the films authenticity. One of them argued over a number of fairly trivial details which could easily be overlooked by most people just watching Shadow Dancer for sheer entertainment. So it’s unlikely that an MI5 agent and an IRA informer would arrange to meet every week at the same place and same time. An IRA informer would never dare leave the emergency ‘panic’ button in her bedroom when she is not there, or take important phone calls with IRA members literally right in the next room. I even found it amusing how the IRA informer chose a bright red coat to wear for her covert meetings which is probably the silliest mistake of them all. These tiny errors, though pretty glaring to anyone with extensive knowledge of the time period, are forgivable in my opinion. 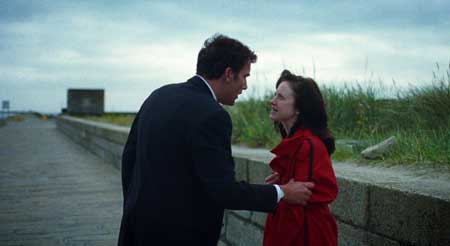 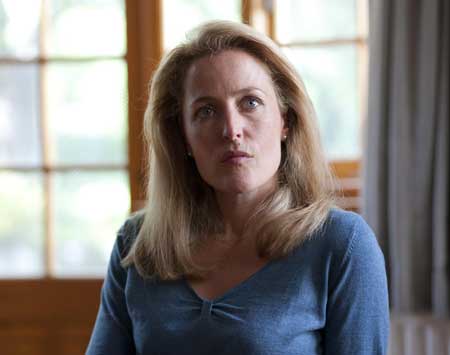 Overall, I think Shadow Dancer is well worth a watch, even if you don’t have a great knowledge of the context – it still makes for an interesting viewing experience. The time period is not one that has been explored in film as much as it could have, which is surprising, given how important and explosive the situation was in Ireland back then. So, if you like your films with spies and espionage, yet still with a sense of humanity and morality then this is definitely one for you. It’s not a film that’ll fill you with joy or even put a smile on your face, but it’ll open your eyes, and that’s much more important.