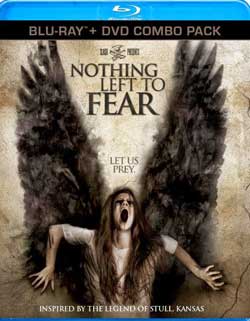 A family’s journey toward a better life is interrupted by an unstable man of the cloth.

Despite the fact that the iconic name ‘Slash’ (aka from Guns ‘n’ Roses fame) produced this movie, it turned out to be a fairly average horror film which managed to throw in a couple of scares but nothing ground-breaking. I’ve noticed that over the past few years, along with handheld films, religious horror seems to have exploded at the box office. Off the top of my head there’s The Rite, 11/11/11, The Exorcism of Emily Rose, The Last Exorcism, The Devil Inside, The Possession etc, as well as the old classics which are still revered today like The Exorcist, Children of the Corn, Frailty, The Omen, Rosemary’s Baby etc. As I soon discovered, Nothing Left to Fear decided to go down this same route because horror audiences always seem to have a fascination with the unknown, especially in the thought of a higher power and good versus evil.

It started slow, easing the audience into what would later become an interesting, yet implausible plot. I walked away feeling dissatisfied about the lack of answers that are revealed once the movie is through – basically no explanation is offered! To me, this is simply lazy story-telling. The dream sequences near the start of the film were pretty freaky and there was a weird instance where a girl bit into a cake only to find a fang in there. Also in one of the first scenes of the movie we see some poor sheep getting sliced up and bled out, but other than that you have to wait until right near the end before any real horror takes place. I suppose this technique works for some but a slightly more rapid pace would definitely have been appreciated for this particular horror fan. 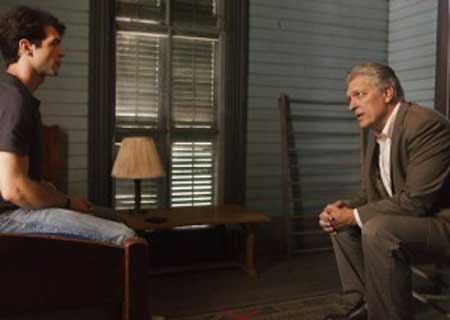 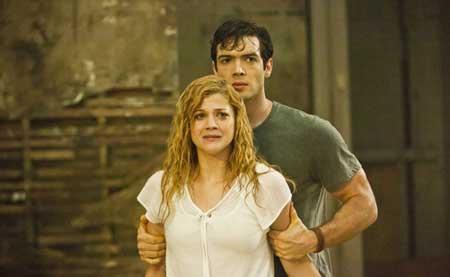 Allegedly, Nothing Left to Fear based it plot on the town Stull in Kansas, due to the urban legends about it being a supposed gateway to Hell. Basically, the films introduces us to a pastor and his family who move from some hotshot city to a rural environment, where they are passionately welcomed by the locals. Although the family (particular the teenage daughters) were sceptical about the move, the community really did seem to welcome them with open arms. The eldest daughter, however, starts to have horrifying dreams which turn out to be more like eerie premonitions. Whilst she befriends a local guy and the two start a potential romantic relationship, some of the other villagers start to distance themselves from the new folk. The younger daughter seems to be the target of a vicious plot concocted by the previous pastor in some kind of religious ritual. Using the annual carnival as a clever distraction, the younger daughter is kidnapped and turned into a monstrous creature from hell. She stalks angrily through the town with only one purpose in mind – kill all those she encounters, regardless of if they’re her own family or not. 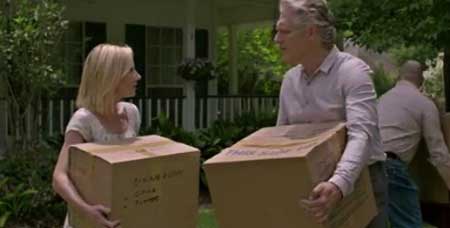 The story plays out in what could be described as The Wicker Man meets The Grudge type fashion. There’s the mysterious little village which is full of secrets and deceit, coupled with a possessed female who seeks to destroy everything in her path – by literally ‘sucking’ the life out of it, it would appear. There are definite allusions to The Wicker Man here because the viewer gets to see and hear little snippets of conversation where we learn that the new family aren’t being welcomed in the traditional manner, but the villager’s intentions are actually more sinister. Using a girl as the antagonist is typical Japanese horror movie stuff and there were moments which were genuinely creepy. I think that the special effects used were adequate, turning a sweet teenage girl (if such a thing exists) into an evil demon-like creature.

One superficial thing that bothers me as well is the title – Nothing Left to Fear. Having watched the film in its entirety, I can say that this still does not really mean anything. I don’t understand the point of having such an incongruous title. I can only guess that it refers to the crazy justification that these religious nuts have about their actions because they are acting on God’s behalf and therefore are saved from any afterlife persecution. This film would work well as a demonstration of how far religion, or any superstitious cult-like organization, can end up being a destructive and dangerous power (just remember Jim Jones and the Peoples Temple!). 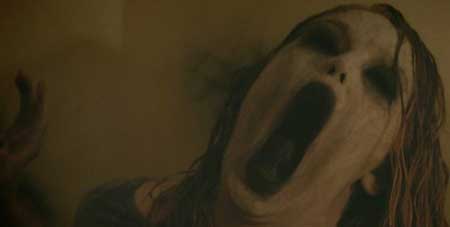 Ultimately, Nothing Left to Fear wasn’t as impressive as it could have been and should have been a lot scarier! This is not one you bring to a Halloween party and is more like a Sunday afternoon pick. But don’t get me wrong, there was a smattering of unnerving moments and the ending of the film picks up a little. Just don’t expect any intelligent answers to the series of events that unfold because none are forthcoming. Just prepare yourself for a girl who gets possessed and then goes bananas (note: unfortunately, this doesn’t happen until about eighty minutes in!).