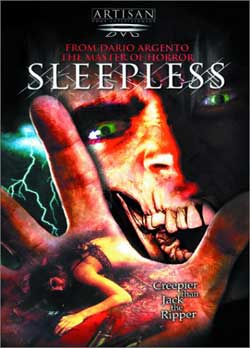 After a seventeen year break a serial killer picks up where he left off, prompting the son of one of his earlier victims and a retired police detective to team up to stop him once and for all. Will they be able to figure out his identity and put an end to his murderous ways or are they just setting themselves up to be his next victims?

I have always loved Dario Argento and think that the biggest majority of his movies rule. Suspiria is nothing short of a masterpiece if you ask me and Phenomena (which has always been one of my favorite Argento flicks) is horribly underrated and overlooked for some unknown reason. Without a doubt the man is talented as hell and has produced more than his share of awesome movies, but at the same time he is also responsible for a few that are less than amazing (The Cardplayer and his take on The Phantom of the Opera both fall into this category). As much as I wanted to like it I am sad to say that Sleepless is an example of the later. It isn’t his worst film by any means, but it also isn’t anything special and is pretty forgettable. 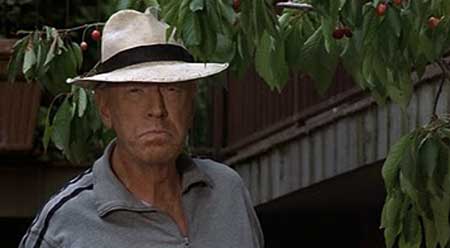 To me it just seemed like everything about Sleepless was phoned in. I really didn’t find the premise that interesting and to be honest I thought that it felt a little stale. I’ve seen a ton of movies with pretty much the exact same plot so there wasn’t really anything original or creative about the premise. I hate to say it because I really am a fan of Argento’s, but it doesn’t appear that he put a great deal of effort into writing this one (which is a shame because the man is an awesome writer. If you need proof just go watch Demons, which has always held a special place in my heart and is on my list of top ten greatest horror movies of all time) and the movie suffers as a result. 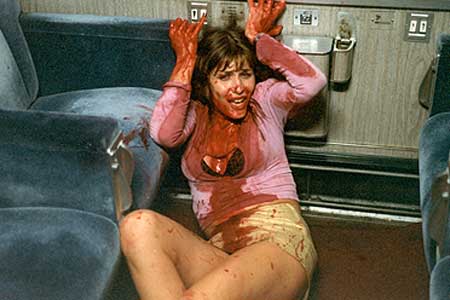 There is nothing about it that makes it really stand out among a dozen or so similar movies, and it is just extremely dull in general. There is a point where Argento tries to make the killer special by giving him a gimmick (he is obsessed with a poem and the people that he kills are symbols for the animals that appear in the poem), but I thought it came off as forced and just not that interesting. If I didn’t know any better I would swear that the screenplay was slopped together in a relatively short amount of time and the only reason Dario agreed to write it (or direct the film) in the first place was just because he needed the money. Very little about it is really that impressive and at times it almost feels like someone else was responsible for writing and directing it when you compare it to some of his other movies. 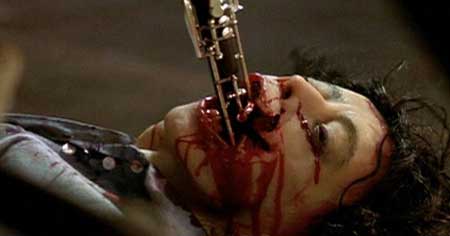 There were a couple of things about the movie that I liked though. For one, it is pretty violent and the killer is brutal as hell. We get a decent amount of blood and gore and some of the death scenes rock. There are some vicious stabbings, a decapitation, and best of all, death via musical instrument (I’ve always wanted to see someone stabbed in the mouth repeatedly with a clarinet). I’ll also have to admit that while I figured out who the killer was pretty early on I liked his whole back story and the explanation as to why he only killed in a certain small area early on as opposed to doing so citywide many years later (which is how one of the characters is able to deduce his actual identity) as I thought this was a nice touch. 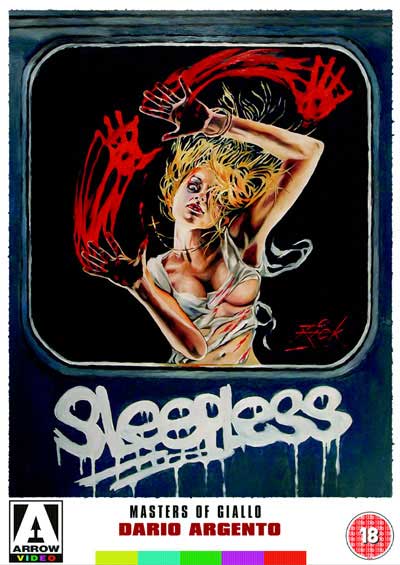 I was pretty disappointed in Sleepless. I went into it really expecting a lot from it but in the end I was more than a little underwhelmed by it. It does have its moments every now and then (the first murder that takes place is suspenseful and well shot) but overall it just felt lazy and moved a little too slow for my liking. I was able to watch it all the way through to the end (which some viewers may have trouble doing as there are certain parts that are just plain boring) but I would be lying if I didn’t admit that there were a few times that I thought about skipping ahead to the next scene. Check it out if you are a hardcore Argento fan, but keep in mind that this film is nowhere near his shining moment.