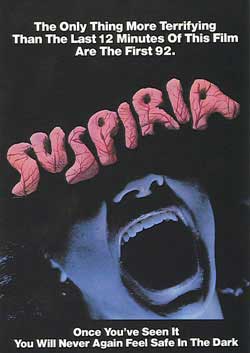 An American ballet student Suzy Banyon travels abroad to Freiberg Germany to attend the illustrious Tans Academy. Suzy arrives to the Academy in a fierce storm noticing an overly panicked young lady standing in the doorway. She screams but Suzy cannot hear her over the thunderous din of the storm. The girl runs away in the stormy night. Upon acceptance into the Tans Academy Suzy is flooded by a strange international group of characters, colors and most of all bizarre and terrifying happenings. Whispers of ‘witches’ are abound, the girls wonder where the instructors go at night. Strange disappearances and brutal murders are a plenty. What is the true animus behind the enigmatic Tans Academy?

Shadowy greetings ladies and gentlemen, Up for review is Italian Horror Master Dario Argento’s Suspiria. Most agree this is certainly his masterpiece. What an immensely multifarious film. So many words come to mind when I think of this work of art. Complex, kaleidoscopic, cerebral and even at times rebarbative. For 1977 this film was far ahead of its time, particularly with auditory frights and wildly vivid colors. Argento is a madman to be respected. To fashion these scenes at this juncture in cinematic history of the Horror genre was a mighty achievement. Every single scene of this film is cinematic art. Many scenes were a lighting techs nightmare but successfully executed. 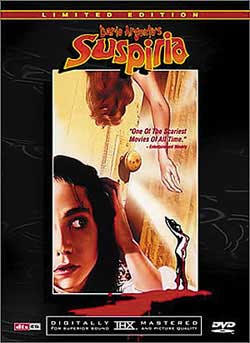 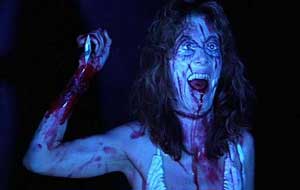 I will focus more on the visual with this critique because that is what Argento does best. The cast was wonderful, but without Argento’s vision and the menacing sounds of Goblin Suspiria simply wouldn’t be the cult legend it has become. The inspiration for this film was astoundingly… Snow White. Yes he was so impressed by the film he wanted to create a Horror fairytale, well he sure did just that. Actress Jessica Harper(Suzy Banyon) portrays a perfect innocent and soft young woman. Her character is wide eyed and quite intelligent. From the moment she arrives at the Academy she has an extremely difficult time achieving comfort. Suzy is though quickly befriended by Sara (actress Stefania Casini). The two interact genuinely on screen, just like two young teenage friends would. The bond created there I felt was imperative for the film to progress to its midpoint. The character of Sara has a soft way of drawing you in, a very familiar tone as when you would tell scary stories as children during sleep overs. 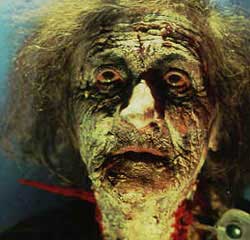 Within the first running minutes of this film you can expect what I feel is an absolutely BRUTAL murder scene unlike any I have witnessed in most cinema. Between the sheer terror, sound, and jewel colored setting you will endure in those scenes…you shall be hooked! You can FEEL this scene, and wow is that what Argento is amazing at rendering. Actress Alida Valli (Miss Tanner) performs ‘strictly’ as the ballet instructor. She is so ‘Frau Farbissina’, you sure wouldn’t want to be studying under her. Uncomfortable is an understatement. Her presence makes you certainly not want to chew bubble gum in class. Actress Joan Bennett (Madame Blanc) ahh the legendary Ms. Bennett, a true performer. It was said she was always calling for the makeup artist constantly and always requesting touch ups. She commands respect and is a screen legend. Madame Blanc oversee’s the Academy and actually is quite pleasant. You can almost…just almost trust her. She has her warm moments especially with Suzy, but is the essence of etiquette in the film. A Perfect match for this role. Our beloved Actor Udo Kier makes an appearance in this film as Dr. Frank Mandel. A fine actor as always, you will get a kick out of seeing him so young. Interestingly enough, he is one of the ONLY brief male roles in the film. It is entirely dominated by females, just as it was created to be.

The Tans Academy sits in the heart of the ‘Occult Triangle’ of Europe. This is a fact I would like the readers to know, being an intense student of the occult myself I find it fantastic that the focus of the film was set here. The colors simply bleed in this film and unique methods were used to achieve them. Putting sheets of thick cloth instead of gels over the lights allowed astonishing colors that dazzle the eyes. Unusual angles and almost magickal scenes are created continuously. (I use the ck* at the end of magick to differentiate from the illusionist magic and the occult esoteric magick, which is the proper usage)There are fabulously crafted scenes of dark woods at night. There is a legendary murder scene involving razor wire, which is considered to this day to be one of the most vicious ever filmed. 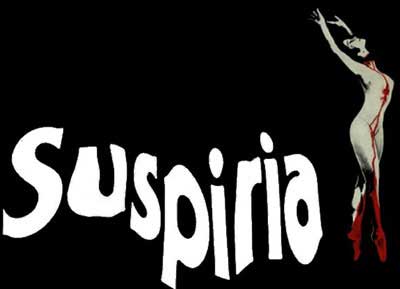 A true nightmare which I shall not spoil. Witches, grand impressive scenes of the Munich public square, velvet walls, and heavy colorful gore are served up in mass quantities. To be fair there is some era cheese more so towards the end. Keep note the film is dubbed. Then again, another factor that makes it impressive. How all different languages were spoken but the actors still functioned brilliantly. Bottom line, Argento commands respect and Suspiria even more. The film is a groundbreaking feast for the senses. Sights and sounds are rich and frightening all composed dexterously by Dario Argento and Goblin. I leave you with one of my beloved quotes from the film which I firmly believe. 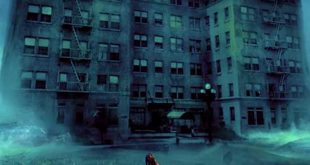