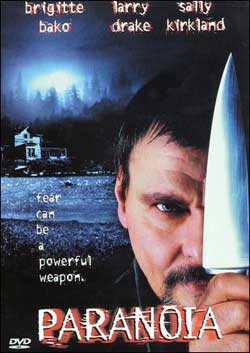 Years after seeing her entire family brutally murdered in front of her Jana leans that the psychopath responsible is getting out of prison. Of course he sets his sights on her as soon as he is released and makes it his mission to finish what he started decades earlier by killing her as well.

Every once in a while I like to take a break from the hardcore horror films that I love so much to enjoy a good old-fashioned suspense/thriller flick. I think that for the most part some pretty awesome ones were made in the 90’s. I’ve always dug Mother’s Boys (with Jamie Lee Curtis) and think that The Crush (which starred Cary Elwes and Alicia Silverstone) is an underrated gem. Some are better than others, and while I didn’t think that Paranoia was exactly a terrible film it wasn’t really anything to brag about either. 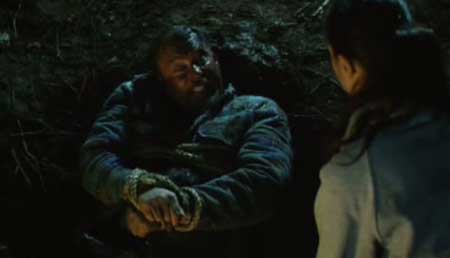 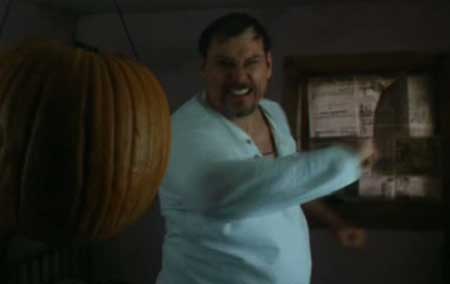 To be honest I just really didn’t care for the premise. It was unoriginal as hell and I had a feeling of déjà vu the entire time I was watching it. It didn’t bring anything new to the genre and nothing about it really stood out for me. It reminded me of several of the old USA original movies that used to run on Wednesday nights back in the day (remember those?) and I felt like I’d already seen it all before time and time again. If you’ve ever seen a movie that focused on a young woman trying to elude a killer from her past then you’ve pretty much already seen this movie. 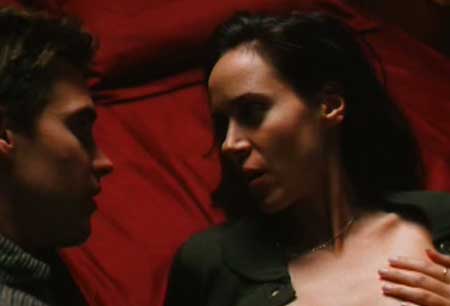 I also felt that it had a number of huge plot holes as well that were unrealistic, silly, or just stupid as hell in general. Why would a dangerous psychopath who viciously slaughtered an entire family EVER be paroled (especially as relatively quickly as the one in this film was)? Why didn’t the authorities contact Jena to let her know that he was being paroled as a head’s up (isn’t it actually a law to do so?) since it is obvious that he is obsessed with her and wants to kill her? Why didn’t Jena print out all the threats that he was making toward her before he was released via email and chat and take it to the police so that they could see that he intended to murder her? These are just a few of the many things that took place in the movie that didn’t make a whole lot of sense and left me scratching my head in confusion. 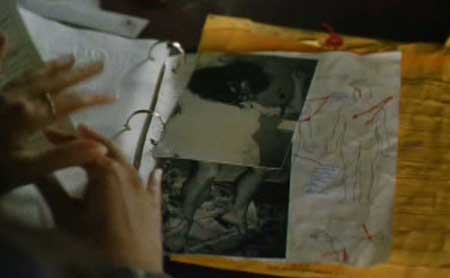 One of the only good things about Paranoia is the fact that Larry Drake plays the film’s antagonist. I’ve been a fan of the guy ever since I saw Dr. Giggles back in the early 90’s and think that he always delivers. He does an awesome job playing the utterly and completely insane killer and you can tell that he had a lot of fun with the role. He is a very intimidating and convincing psychopath, and the scene where he has a conversation with a driver who gives him a ride is kick ass just because it shows how his sick and twisted mind works. He is definitely the highlight of the movie he owns every scene that he is in which really isn’t that surprising since his is really the only character in the film that has any sort of personality. 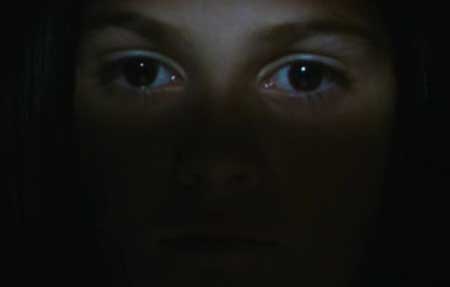 Paranoia isn’t horrible, but at the same time I wasn’t impressed by it either. It is just an OK flick and is pretty forgettable for the most part. It tries to catch viewers by surprise by throwing in a twist at the last minute but it doesn’t really work on any level (I thought that it felt very forced and was kind of pointless in all honesty). Check it out if you are a fan of these types of movies, but don’t be expected to be blown away or amazed by it. In fact, if you go into it expecting to be underwhelmed by it you may actually end up liking it more than I did once everything is said and done. 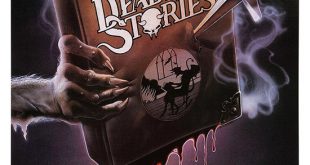