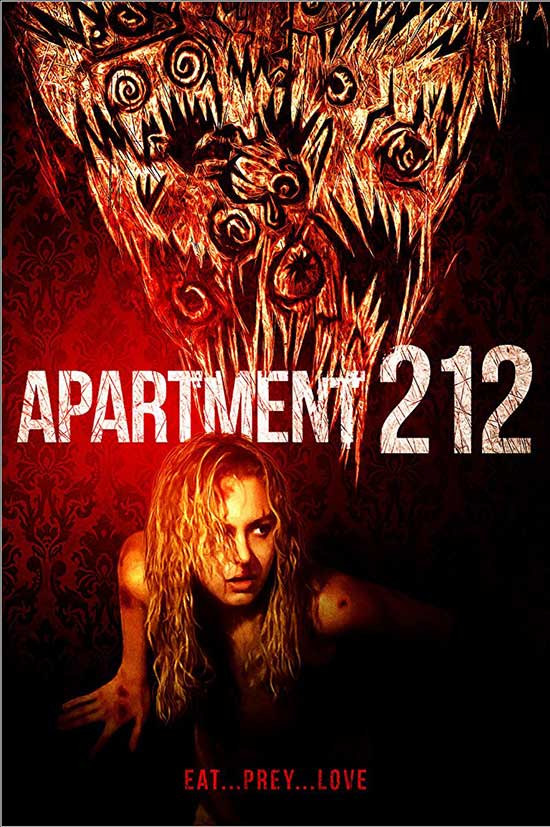 An abused woman leaves her husband and moves into an apartment only to discover that she isn’t as alone as she thought. You see, something evil resides within her apartment, and its hungry for her flesh.

I didn’t know much about Apartment 212 (AKA Gnaw) before I saw it so I did a little research on it before I watched it and thought that it sounded like it had the potential to be interesting. I went into it hoping for the best (but expecting the worst) and have to say that after everything was said and done I was pleasantly surprised by how good it was. I thought that it was an entertaining little movie that had a lot going for it and I enjoyed the time that I spent with it. Not only did it have a great premise and an excellent cast, but it was also just a lot of fun in general and had an action-packed finale that is sure to get your blood pumping (for real folks, if your heart isn’t racing during the last 20 minutes or so you may want to check your pulse). I thought that it was an awesome flick for a number of reasons and I am glad that I got the opportunity to check it out.

I really dug the premise and think that a lot of people will be able to relate to it for a number of reasons. Have you ever moved into a new place and just got the feeling that you weren’t alone for whatever reason? I have, and it caused a lot of sleepless nights for me until I got used to my new place.

That is pretty much what this movie is all about as Jennifer, our main character, moves into a new apartment only to wake up one morning covered in a number of small bite marks. She doesn’t know what is causing it but she is understandably bothered by it just like any other normal person would be. After an exterminator inspects her new home and tells her that there are no signs of a bed bug infestation she starts to go a little nuts as she tries to figure out what is going on and the attacks get worse and worse each night as she is sleeping until she is practically covered in bite marks (which make the people around her think that she is on meth or something). So, what exactly is it that lives in her apartment that enjoys snacking on her while she sleeps? Is it some sort of rodent? An evil spirit? I’m not saying because I don’t want to spoil the surprise for anyone but let’s just say that it’s pretty cool (and more than a little creepy). 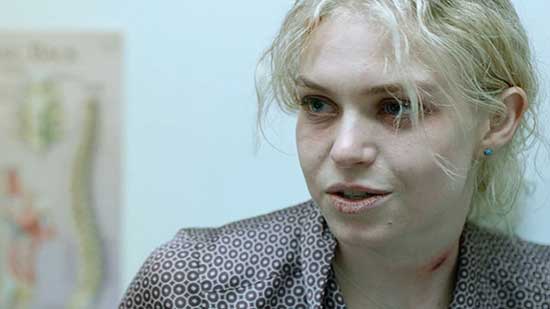 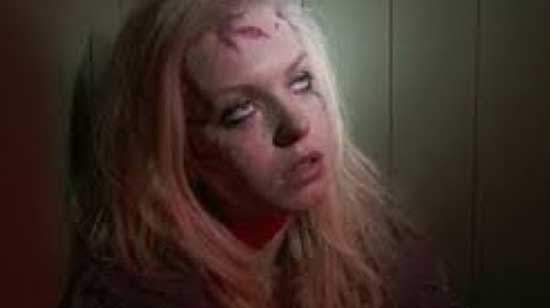 I also thought that the cast did a fantastic job as well. Penelope Mitchell rocks it as Jennifer and her performance makes the character very likable and sympathetic. Jennifer is sort of a pitiful character that has had a rough go of it in life and you can’t help but feel for her. I think that a lot of viewers will be able to relate to her and will find themselves rooting for her as much as I did. Mitchell does an excellent job bringing the character to life and is one of the biggest strengths of the film. Kyle Gass is equally good as the kind neighbor that lives next door to Jennifer and their scenes together are very sweet and heartwarming (especially the one that involves him giving her a gift to welcome her to the apartment complex). Mitchell and Gass have a great chemistry together and I loved the fact that the people behind the movie didn’t try to force them into some sort of romantic relationship. 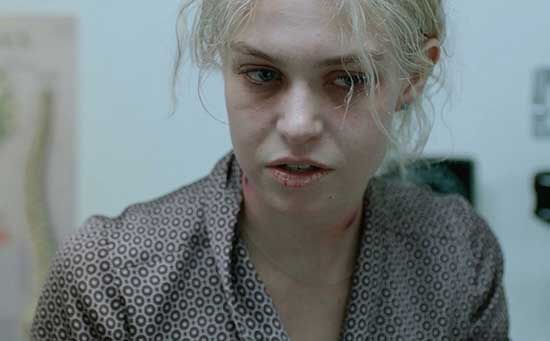 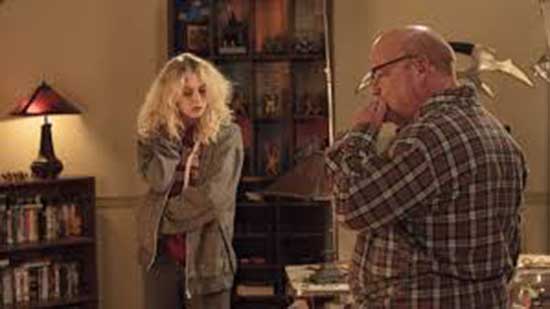 They are just friends that care about each other and it works. I also thought that Chris Johnson was good as her abusive ex as he does a great job playing an asshole that you just love to hate. The character is a nasty fellow that abuses her physically, emotionally, and mentally and Johnson is perfect in the role. Everyone in the film did an awesome job in his or her respective role and I don’t think anyone turns in a bad performance at all.

I thought that Apartment 212 was a winner and I had a blast watching it. There is really nothing bad that I can say about it as it is just that good. Part of the fun is trying to figure out what is attacking Jennifer and I liked the fact that after it is revealed we never really find out that much about it as this helped make things a lot more mysterious. I also have to say that I loved the ending and think that it has one of the most satisfying conclusions that I’ve seen in a very long time. If you’re in the mood for something a little different then check this movie out as soon as possible as I have a feeling that you will dig it as much as I did.