Although it didn’t impress me much WORLD WAR Z still managed to do pretty well for itself, particularly overseas and Paramount is wasting no time in getting this one out to home video. EW announced today that the flick will head home on Sept. 17th. Got the artwork for you right here: 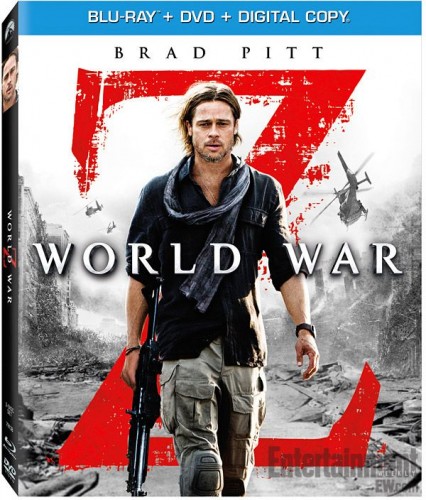 As far as what special features, well I’ve got that info for you as well:

“Origins” — The filmmakers discuss collaborating with renowned actor/producer Brad Pitt to create a zombie film the likes of which have never been seen.

“Looking to Science” — Explore the scientific realities of zombie behavior in nature and learn more about zombies in literature and film.

“Outbreak” — Go on set with Brad Pitt and director Marc Forster for a behind-the-scenes look at the film’s breathtaking first attack in Philadelphia.

“The Journey Begins” — Delve deeper into Gerry’s fight for survival during the dramatic escape in South Korea.

“Behind the Wall” — Explore the epic scene in Jerusalem and discover the incredible logistics of creating the elaborate stunts and crowd sequences.

“Camouflage” — Experience the final confrontation between Gerry and the zombies and discover the phenomenal scope of the film’s production.

All in all, a pretty nice package.