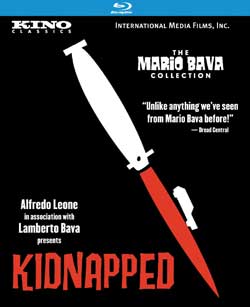 A brutal tale of abduction and psychological torment, Kidnapped involves a gang of criminals who, when their robbery goes wrong, take a woman, man, and sick child hostage and embark on a tension-fueled getaway. In a departure from his more audacious visual style, Bava keeps the action claustrophobic and the tension wound tight, building to an unexpected (and unforgettable) finale.

In Mario Bava’s distinguished career, Kidnapped may stand out more than any other work. First and foremost, the film – Bava’s penultimate effort – is noticeably darker in tone than his typical genre fare. Bava crafted plenty of horror films over the years, including landmark gothic, giallo and slasher pictures, but Kidnapped explores a different kind of horror. 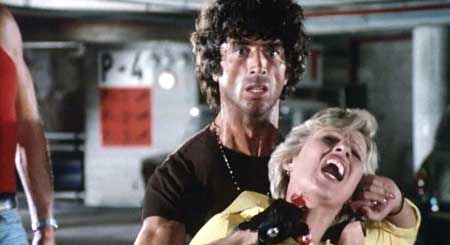 Not unlike Straw Dogs or The Last House on the Left, Kidnapped offers a nihilistic take on real-life terror. Rather than indulging in gratuitous violence, Bava shows restraint in his exploitative exercise – but there is plenty to fuel the viewers’ discomfort. The film’s minimalistic, character-driven take on action was likely an influence on Quentin Tarantino’s Reservoir Dogs. 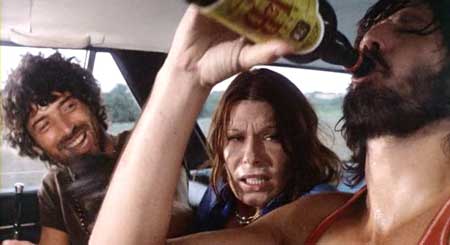 Perhaps even more fascinating is the film’s troubled release history, which resulted in it almost never seeing the light of day. When the financier died toward the end of the production in 1974, his estate – the sole work print of the movie included – was seized by an Italian court. It remained locked away until 1997, when Bava’s producer, Alfredo Leone, and son (and assistant director), Lamberto Bava, completed the film for release the following year under the name Rabid Dogs. A slightly-altered cut, titled Kidnapped, made its debut a few years later. 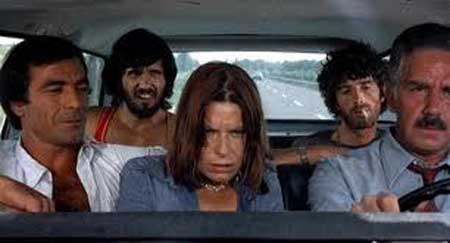 Following a botched heist, a group of armed robbers – Doc (Maurice Poli), who calls the shots, Thirty-Two (George Eastman), a cackling sadist, and Blade (Don Backy), the wild card – take an innocent bystander (Lea Lander) hostage. When they’re in need of a new car, they stop Riccardo (Riccardo Cucciolla), whose sick, sedated son is in the backseat, and force him to chauffeur their getaway to an unknown destination.

The majority of the film takes place within the cramped car. Despite the rural drive, the characters discomfort in the hot, claustrophobic vehicle is palpable. Tensions continually rise as the situation worsens for the kidnapped victims. The film never lowers itself to full-on rape, but Maria suffers sexual harassment, in addition to unrelenting psychological torment, at the hands of the deviants. 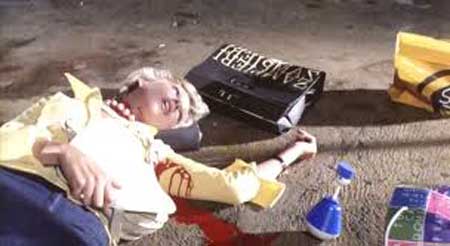 Kidnapped is now available on Blu-ray from Kino Lorber, presented in Italian with English subtitles. It was mastered in high definition from an archival print, which was clearly in good shape, as the film looks wonderful. Neither the film’s limited budget nor its gritty nature had an effect Bava’s stylish cinematography. Aside from a few Bava trailers, the disc does not have any special features, nor does it offer the alternate Rabid Dogs cut that was previously available on DVD. 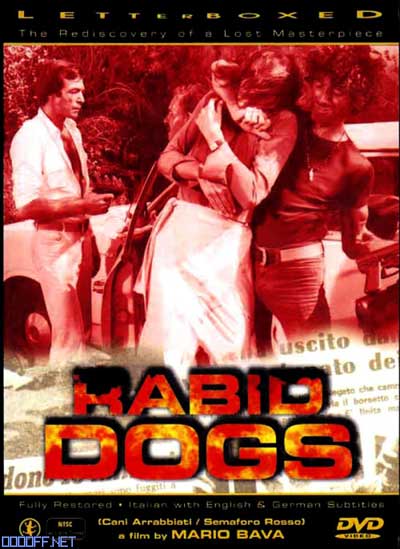 Kidnapped is a raw, tense thriller. Fans of Italian horror should appreciate seeing something decidedly different – mean spirited, even – from Bava, while exploitation completists will enjoy its bleak tone. As a fan of Bava, I’m thankful it was eventually released and even moreso now to see it looking better than ever.