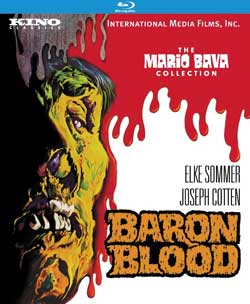 In director Mario Bava’s sumptuous Technicolor Gothic horror classic, an American student Peter Kleist travels to Austria on summer holiday to learn more about his family roots. By reciting an incantation on a piece of ancient parchment, he succeeds in scaring up a genuine ancestor – Baron Otto von Kleist, a 16th century sadistic nobleman whose appetite for cruelty earned him the nickname ”Baron Blood’.’ Before Peter can reverse the incantation, the parchment burns. How many innocents will die before Peter learns how to send the evil Baron back to the hell from whence he came?

Although produced later in Mario Bava’s career, Baron Blood feels like a transitory work, as it bridges the gap between his earlier and later work. The setting is gothic like his acclaimed earlier efforts (particularly Black Sunday, with which it shares some common elements), while the modernized plot is more reflective of the giallo trend that was in full effect during the time (which Bava helped to pioneer). 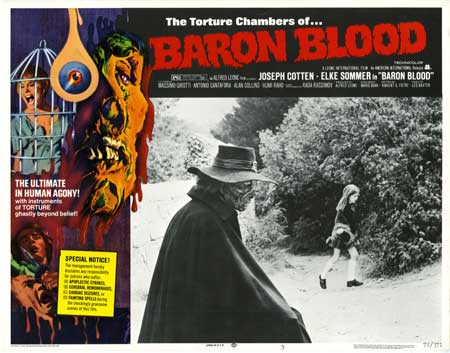 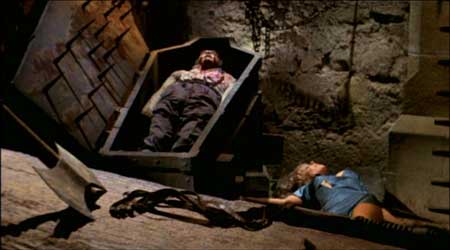 Baron Blood may have been more effective had it chosen one side or the other, but it’s entertaining as is. Even during less-than-enthralling moments, the picture maintains a wonderfully spooky atmosphere, thanks in no small part to Bava’s stylish direction and masterful shot composition. Good production value, courtesy of filming on location at an actual Austrian castle, also helped.

Having completed his education, Peter Kleist (Antonio Cantafora, Demons 2) travels from American to Austria to get back to his roots. A direct descendent of the infamous Baron Otto von Kleist (Joseph Cotten, Citizen Kane) – known to locals at Baron Blood due to his sadistic nature – Peter goes to his ancestral castle, which is being turned into a tourist trap hotel. It is there where he meets Eva Arnold (Elke Sommer, Lisa and the Devil), who is helping to preserve the manor. 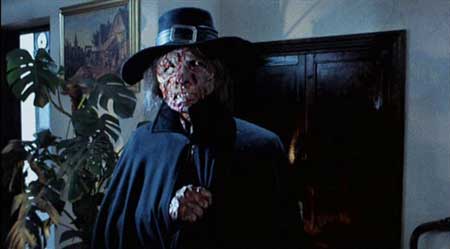 For reasons never made entirely clear, one night Peter and Eva read an incantation to invoke an 300-year old curse placed on the Baron, thereby bringing him back from the dead. It works, and the Baron’s corpse rises from his grave – one of the film’s best set pieces – and continues right back on his path of destruction. As more victims are claimed, Peter and Eva are helpless because the parchment containing the reversal was burned. They must team up with an ancestor of the witch who placed the ancient spell to conjure her up and reverse it. 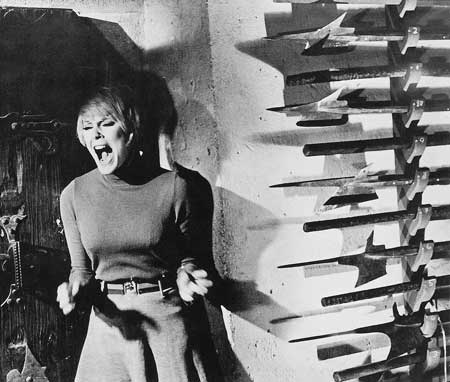 The film serves as a reminder of how much you could get away with a PG rating before PG-13 existed. You couldn’t even title a PG-rated movie Baron Blood today, let alone one with such dark subject matter. The gore isn’t as plentiful as some of Bava’s other work, but it’s close to receiving an R rating by today’s standards. 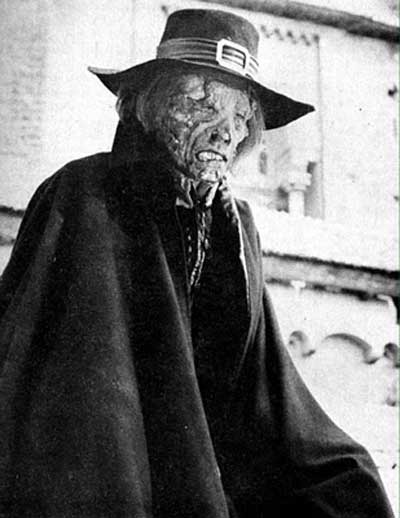 Baron Blood is now available on Blu-ray from Kino Lorber, having been mastered in high definition from the 35mm negative. There’s no apparent clean up, but it looks much better than the previous DVD release, with the colors really popping. The audio is slightly fuzzy at times but never distractingly so. The disc also features the Italian title sequences, trailers and an another informative audio commentary by Mario Bava: All the Colors of the Dark author Tim Lucas. 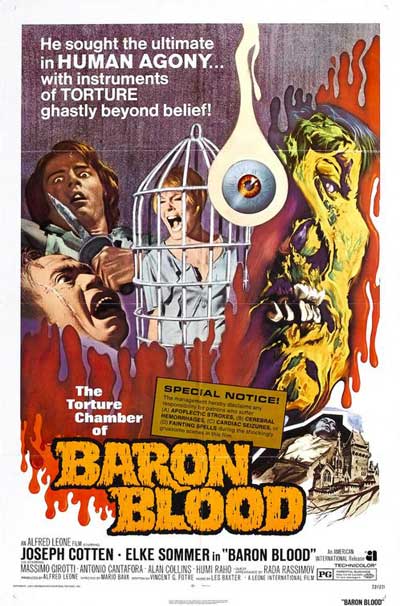 Baron Blood is not quite a top-tier Mario Bava effort, but it shouldn’t be overlooked. Like the castle equipped with a Coke machine depicted in the movie, it mixes the old with the new. Baron Blood offers a mixture of gothic and giallo horror from a master of both subgenres.