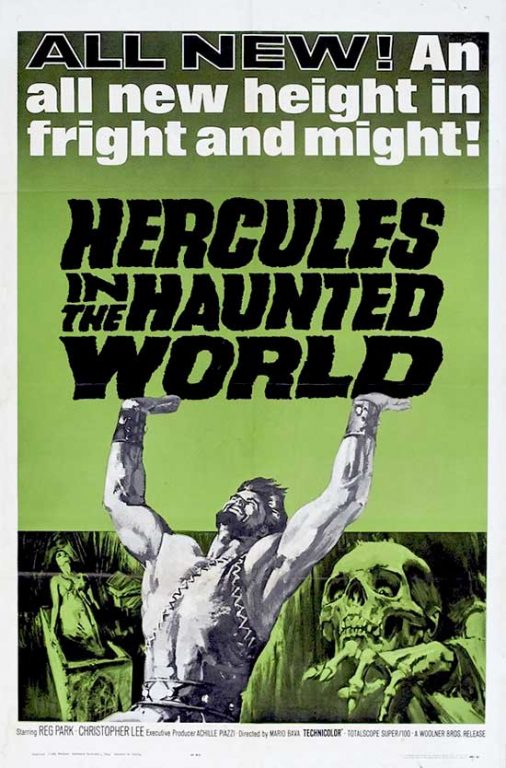 Hercules must journey in Hades itself to retrieve the magic stone that will free his love from the powers of darkness.

When this movie started, I was surprised to see that Mario Bava was the director. I only knew of his contributions to horror cinema had influenced many other Italian directors over the years, so I didn’t know what to expect from a Bava directed Hercules movie. Since I’ve enjoyed some of his horror output, I didn’t think it could be too bad.

I was so very wrong.

The film follows Hercules on his trip back to the kingdom of Italia. In his absence, the gods had placed a curse on the kingdom. I could explain why the Olympians felt compelled to do so, but we’re talking about the Greek gods here. They were a bunch of sociopaths that would condemn you to eternal torment just because they were in a bad mood, so it really doesn’t matter. Either way, Hercules, who is to wed Princess Dainara, finds his betrothed in an almost catatonic state and the kingdom in distress. Under the advice of an oracle, he takes on a dangerous quest to travel to Hades to retrieve a magical McGuffin to save her. Unbeknownst to him, her guardian, King Lico, is the true reason for her condition and has made a deal with dark powers for immortality. All he has to do is wed her on a specific night and drink her blood, or something like that. The movie isn’t very clear on Lico’s plan or what he has to do. Either way, he’s the bad guy, Hercules is the good guy, you get the point. 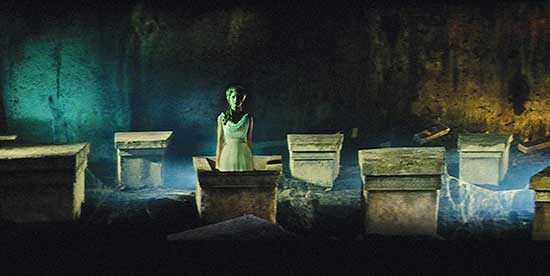 One of the main problems with this flick is that the main villain, King Lico, comes across as being a complete moron. This is a man who sends assassins to kill Hercules but doesn’t tell them that he is their target. Then he gets angry when they inevitably fail. When a villain is so stupid as to not let his assassins know pertinent information about their target so they can properly prepare, it’s kind of hard to really take him seriously as a threat. I’ve run across this in other films as well, and it’s always frustrating to have the main antagonist be undercut script having him do blatantly dumb things. For me, I just can’t take someone seriously when I firmly believe that if the hero doesn’t stop him, the idiot will end up screwing it all up himself. They never feel like genuine threats. 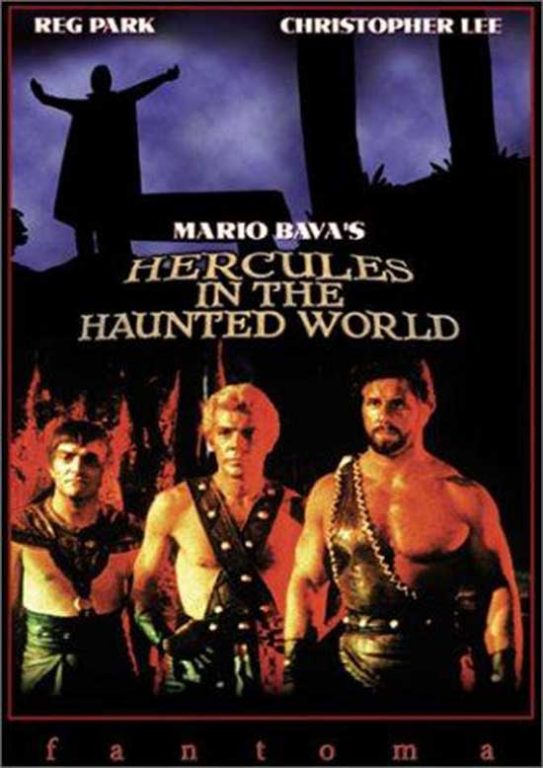 The sad thing is Lico is played by Christopher Lee, who is always great. However, even he can’t save his character or movie. He does what he can, but it’s almost like the director was working to hamstring Lee’s efforts to elevate the material he’s given to work with. For instance, since this movie is Italian, all of the actors are dubbed. However, they don’t have Lee do the dubbing for his own character! Christopher Lee always had a great voice, so the decision here to use some other fellow to dub for him was nonsensical and kind of jarring. It also doesn’t do any favors to Lee’s performance since we don’t get to hear any nuance or emotion he may have brought to the table. This role was a complete waste of Lee’s talents and time. I hope they paid him decently enough to at least make this travesty worth something to him. 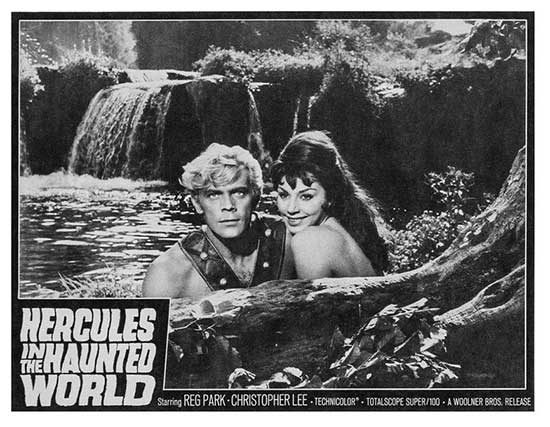 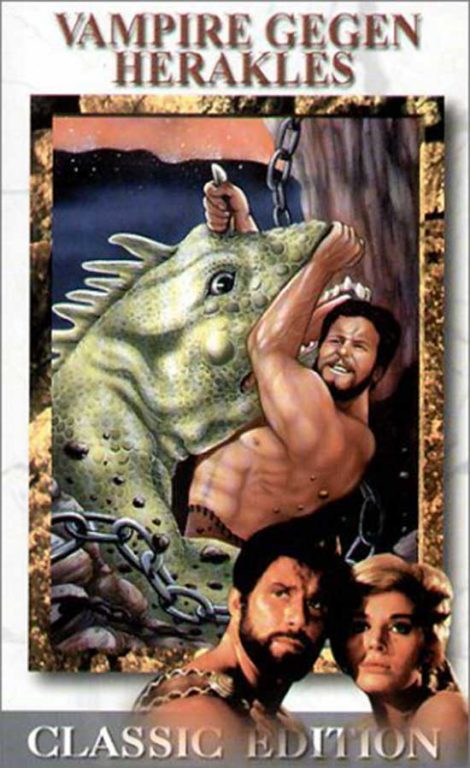 It also doesn’t help that Hercules has the charisma of a block of wood. English bodybuilder Reg Park plays the titular hero, and he at least looked the part. His physique at least made it easy to see him as a demigod capable of changing the course of raging rivers. Being handsome and muscular wasn’t enough to make him a compelling Hercules. The man has a limited array of facial expressions and has no real emotional range that he can portray. He just a bland muscular guy that barely more personality than a department store mannequin. At least Parks’ isn’t alone in being terrible. The rest of the cast is nearly as awful as he is. I kept wondering if the people were really that bad, or if they just gave up trying because they realized the movie was going to suck and suck hard. If it’s the latter, I can’t say that I blame them. If it’s the former, well… it was nice that they tried. 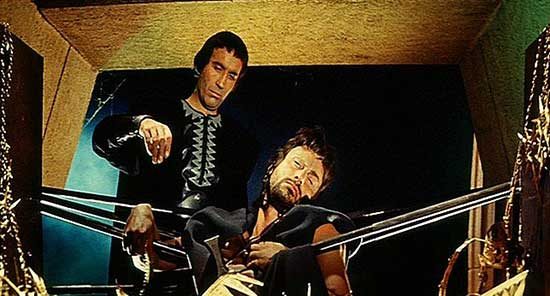 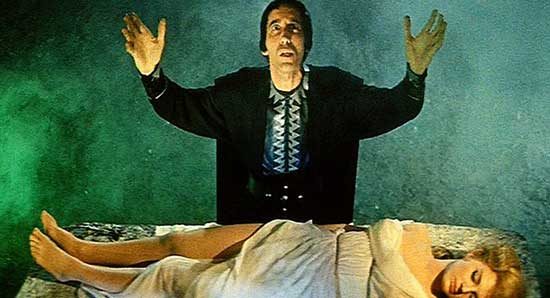 The special effects were cut-rate at best, involving men in cheap rubber suits pretending to be monsters and Hercules throwing giant boulders that looked suspiciously like styrofoam. The story itself, what there was of it, was not really interesting. Add awkward dialog, bad dubbing, and a myriad of plot holes that you could drive a truck through, and you have yourself a perfect storm of bad. 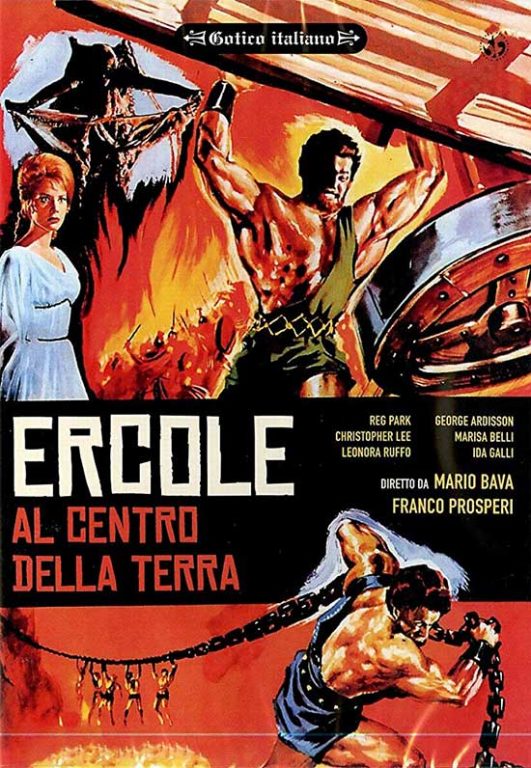 I can tolerate bad movies. I have a fondness for them one might say since all I ask is the film at least be fun or interesting. Somehow, despite this flick having all the elements that normally makes for a fun cheese-fest, it instead managed to be kind of boring. There plenty of bad Hercules movies that manage to be so bad that they’re hilarious. This is not one of them, so I can’t recommend anyone watch this one. Ever.