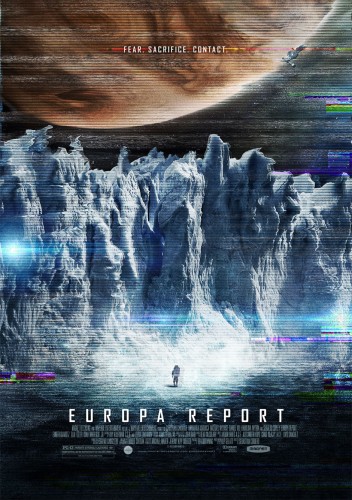 An international crew of astronauts undertakes a privately funded mission to search for life on Jupiter’s fourth largest moon.

At a time when the found footage films have been done to death, one comes along that does away with any preconceptions I may have had of the gimmick and hits the audience with a healthy dose of mystery, beauty, and fear. This is all accomplished in the vast openness of space. This is the English language debut film from Ecuadorian director Sebastian Cordero (Rage) and he really delivers something unique and frightening with Europa Report.

The film follows six astronauts (played with extreme conviction by Sharlto Copley, Daniel Wu, Christian Camargo, Michael Nyqvist, Karolina Wydra, and Anamaria Marinca) who are on a mission to investigate Jupiter’s moon, Europa, to find out once and for all if alien life exists there. When the mission begins, things couldn’t have started out more perfect. The story is told with camera footage that was captured during the mission by the ship’s surveillance. We get to see them adapt and live their day to day lives aboard the ship until they reach their destination. When they land on Europa, the icy surface is prime for investigation and they begin their research. Much of the narrative is set by the leader of the project who is observing from Earth, Dr. Samantha Unger (played by Army of Darkness actress Embeth Davidtz). She is the one who helps to piece together the tragic and brave tale of our six heroes. Discovery is never easy and the trials and turmoil they must face will take a toll on the astronauts.

The film takes a highly realistic approach to the story which was the best decision they could have ever made. The story creeps about in a manner that was sort of tense and unexpected. Everything about Europa Report feels as if they were real events. The story could have never been sold without a cast to convince us and lease guys were incredible. Everyone has a moment of their own to bring you into their story and the way the crew grows with one another makes these interactions the most important parts of the film. Since everyone is so terrific, it’s hard to choose a stand out performance but Sharlto Copley’s (who is no stranger to smart science fiction since he had starred in the superb District 9) character James Corrigan is sort of the heart of the group and everything begins to implode when that heart is torn out of the equation.

The production design is stunning with beautiful outer space landscape that embodies the shear depth of the mysteries that lie in space. All of this is captured by the expert eye of cinematographer Enrique Chediak (127 Hours). The planet itself is a vast enough wonder to be impressed by on a moderate budget. Watching the film you really do feel as if you’re right there next to them feeling the dread and the loneliness that can be associated with space travel. Cordero is a very bright and exciting talent can make us feel each and every moment they live aboard the ship. 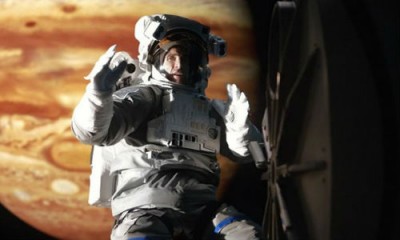 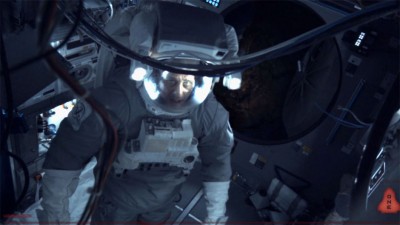 Hopefully, Europa Report will find a way to the top and settle in nicely next to films like Sunshine or 2001: A Space Odyssey. So much was accomplished on a very tiny budget that Cordero is quickly becoming a talent worth following. There may be a hint of restraint due to lack of funds but overall the execution was flawless. Space can be just as scary with or without the monsters and this is a testament to that statement. The performances, music, and pacing are near perfect reasons why you should catch this film. I could never find myself interested in wanting to go to space. The thoughts that race through your mind when you get into the frame set of the film will burn you. The thought of only having a small group of people to depend on and being surrounded by nothingness will defeat you. Europa Report is a ***** (out of 5) event that brings intelligent science fiction back to the screens.