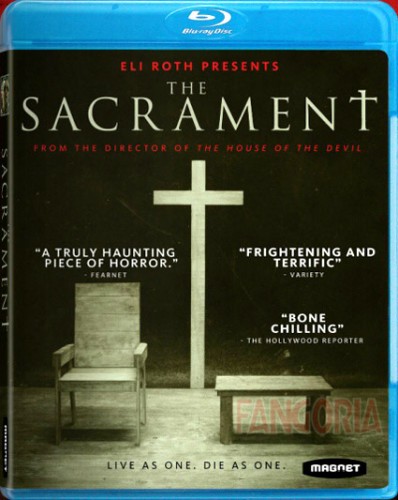 Every generation has its masters of horror. Ti West is certainly making a name for himself in the current generation as one of the masters. The House of the Devil brought him to the forefront. The slow burn style that built itself into an insane climactic battle provided some of the best horror satisfaction for audiences in the past decade. Then he released The Innkeepers, a throwback to haunted house films that took its time in making the audience care about the characters before terrorizing them. It effectively created one of the most likeable characters in recent memory with Sara Paxton’s Claire and is a movie deserving of the praise it received. Ti West recently released another horror movie called The Sacrament that depicted cult lifestyles and some of the atrocities that can come from them. 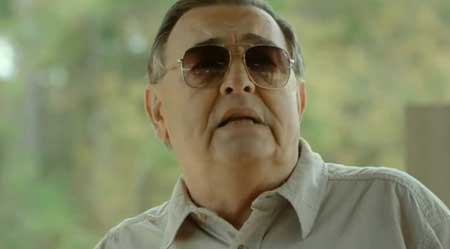 The Sacrament told the story of Sam (AJ Bowen) and Jake (Joe Swanberg), two Vice reporters who accompanied Patrick (Kentucker Audley) to a commune called Eden Parish. Patrick wanted to try and convince his sister Caroline (Amy Seimetz) to return home with him. Through the journey, the audience was introduced to many of the people of Eden Parish, including the leader, known as Father (Gene Jones). Sam and Jake soon discovered a deeper darkness beneath the happy community of Eden Parish.

If the plot of The Sacrament sounds familiar, that would be because it was inspired by the real life tragedy of Jonestown in 1978. That event was the largest act of a mass loss of American life at once until the attacks on the World Trade Center. What happened in the real life Peoples Temple Agricultural Project was horrific. It seems only right that someone would eventually bring it to the cinematic world. Ti West decided that now was the time to cover this material that has been in the general knowledge of North American culture for over three decades.

A lot of the effectiveness of The Sacrament came from how it was filmed. The story was told through the use of handheld camera work. Most times, when this method of storytelling is used, the characters are ill-defined and the method of filming is used to put you into the situation as though you are one of the characters. In this instance, it was used to immerse you into Eden Parish in the same way as the two Vice reporters. Instead of vicariously living through them, you are experiencing it with them as another entity. It is a slight difference that makes the movie all the more enjoyable to watch.

The characters are one of the most important things to develop in a horror movie. The more a viewer cares about a character, the more the viewer will fear for the character when the trouble comes. As the story of Eden Parish unfolded, we learned more about Sam’s home life. We learned about his marriage. We learned about the child that he was about to have. We started to care about him as a person. His interactions with Jake made both characters more sympathetic. Amy was defined through the background that Patrick gave about her and refined through her actions during the time in Eden Parish. Father’s big moment came through an interview held in the Parish where the majority of his characteristics were brought to the forefront. The Sacrament took its time to slowly build all of the characters in order to have an emotionally satisfying conclusion. 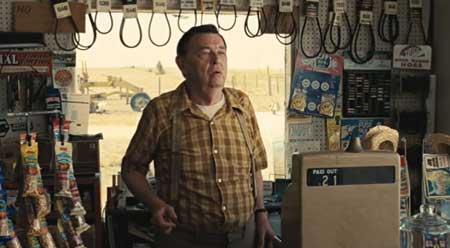 This style of horror is part of Ti West’s directing style. The Sacrament took the time to let the story unfold on its own. It did not open with a giant scare to get everyone invested in the horror to come. It instead built the tension to a boiling point, then let the kettle of horrific release boil over. Secrets and hints about the darker side of Eden Parish were thrown in throughout the movie to raise the anxiety level in whoever is watching the movie, but it did not let up until the final act had concluded. The entire runtime of The Sacrament was spent creating and intensifying an eerie feeling. It is an old school style of horror storytelling that gets overlooked in many current releases in favor of gore and jump scares. 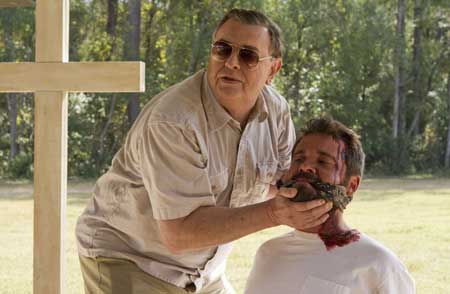 In the end, how much someone will like The Sacrament will primarily come down to how much they like a slow-burn style of horror that builds to an intense climax. I absolutely love that kind of movie because the focus is on building scares rather than shocking the audience through surprise and blood. It becomes feeling rather than seeing. This movie does that well and should be commended for precisely how well it does that. Check out The Sacrament. You should not be disappointed.

The Sacrament in now available on bluray per Magnolia Home Entertainment