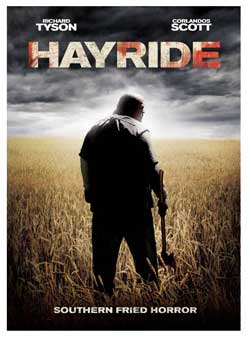 Partygoers gathering for a Halloween ‘haunted hayride’ at an isolated farm are picked off by a masked maniac who may be the killer ‘Pitchfork’ of local legend.

A low budget but spirited slasher that takes a while to get going but eventually builds up a fair head of steam and delivers some effective moments.

For those who don’t know – including us Brits, who have never taken Halloween as seriously as our transatlantic cousins – a haunted hayride is basically a homemade ghost train, whereby people are driven around on the back of a truck while various hokey tableaux are played out for their amusement.  That’s exactly the set-up here as college kids Steven (Jeremy Ivy) and girlfriend Amanda (Sherri Eakin) head to rural Alabama to visit his uncle Morgan’s farm for the traditional Halloween entertainment. 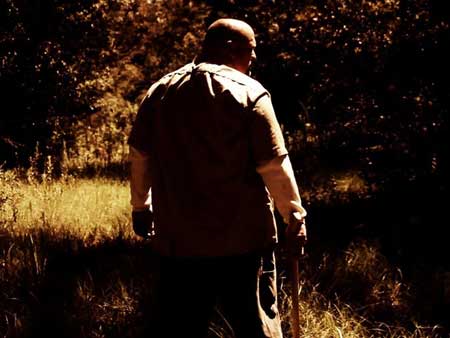 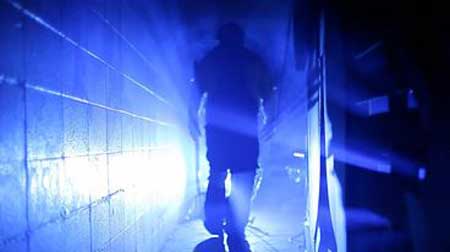 Morgan (Richard Tyson, who you may remember as the zealous cop in THERE’S SOMETHING ABOUT MARY or, going even further back, as Sherilyn Fenn’s love interest in TWO MOON JUNCTION) is a lovable rogue: part-roustabout, part-good old boy, part-master of ceremonies.  He’s the brains behind the hayride and is a dab hand at building up the atmosphere with a few spooky tales around the campfire.  One such tale concerns the legend of Pitchfork, a local farmer who went loco one day and slaughtered his family.

What Morgan and his audience don’t know is that a serial killer has escaped in transit from a nearby prison and is hiding out in the sparsely populated but densely wooded farming country.  In a twist of fate that will surprise no-one, this maniac pops up at the hayride just as Morgan’s staff are donning their costumes and masks for the evening’s festivities.  Which of the pretend monsters is actually the real one and which of the staged ‘killings’ are genuine murders? 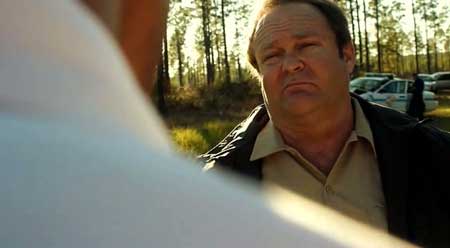 A classic slasher premise then and for the most part this is good if unsophisticated fun.  It lacks polish but benefits from a decent script and a stand out turn from Tyson as the ringmaster Morgan.  He’s the best thing in it by a country mile which often has the unintended but unfortunate effect of reminding you how weak a lot of the rest of the acting is.  But then again, was there ever a time when the standard of acting in slasher movies – particularly among the younger (victim) members of the cast – was really that great?  Probably not. 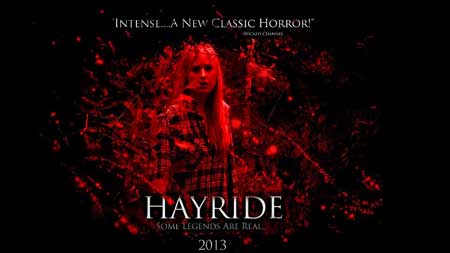 In most other respects though the film manages to disguise its low budget pretty well.  The hayride premise helps because it allows a lot of the effects to look amateurish and home-made, and for much of the running time, they are exactly that.  It’s not until Pitchfork shows up and starts doing it for real that the proper gore starts; I’d say there’s just enough to keep the gorehounds happy and satisfy the requirements of the slasher sub-genre. 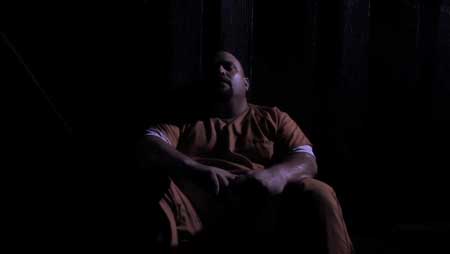 What you also look for in a good slasher flick is credible relationship between the youngsters.  The main one here is between Steven and Amanda and it’s nicely done.  We see them on a date at a burger joint and there is some well observed interplay between them, such as you might expect from a budding romance.  The friendly bantering between Steven and his relatives down on the farm is also well handled, hitting the right balance between ribbing and genuine warmth.  My only complaint really would be that perhaps too much time is spent setting up the characters with the result that the film takes a touch too long to really get into its stride. 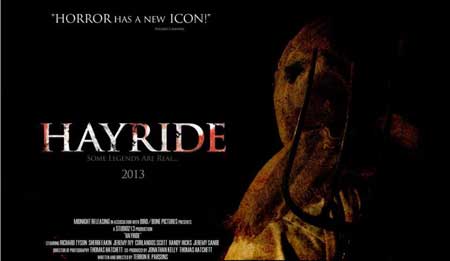 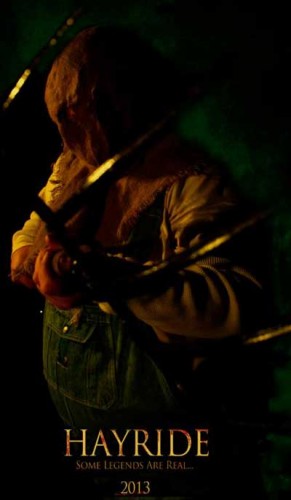 I’d say that with HAYRIDE writer-director Terron R. Parsons is making a clear attempt to start a franchise out of his Pitchfork character.  There’s definitely potential there for this to happen but it will require a greater fleshing out of the character in any subsequent movies (and I note that imdb indicates HAYRIDE 2 is currently in post-production) because as things stand there’s not much more than a great name.  Nevertheless, HAYRIDE is worth a look, particularly for slasher fans, because it copes with budgetary limitations quite well and despite lacking a little polish it hits most of its targets with aplomb.