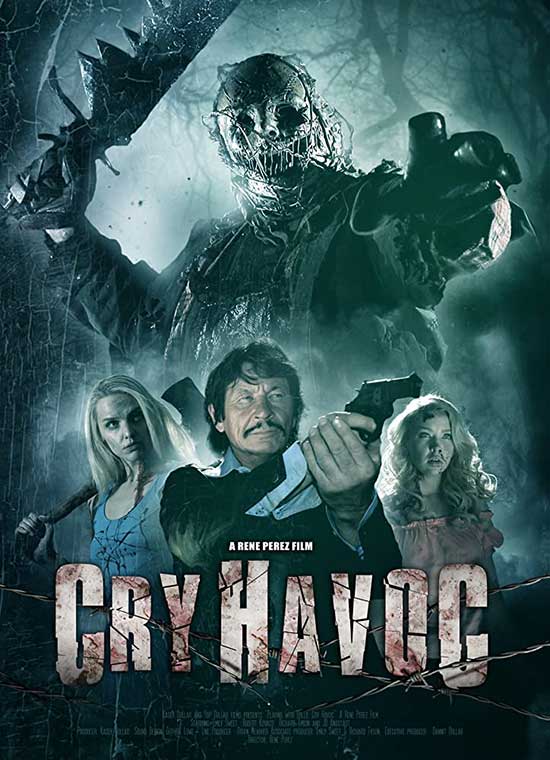 You might not know the name Robert Bronzi (Once Upon a Time in Deadwood), but you’ll know his face. In fact, you could argue that you’ve seen his face on someone else. Charles Bronson, to be exact. Yes, since 2017, the Hungarian carpenter turned actor has appeared in several features looking uncannily like the aforementioned Death Wish actor. Bronzi came to a lot of people’s attention when he starred in Rene Perez’s Death Kiss, in which he definitely wasn’t playing Paul Kersey in a film that definitely wasn’t a Death Wish sequel. Nah uh. 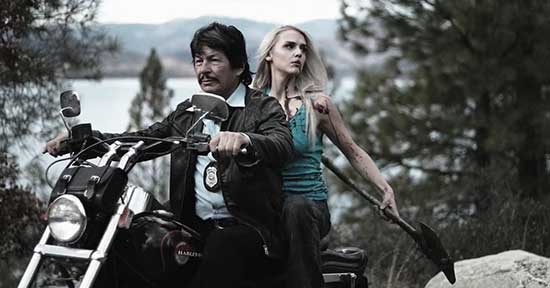 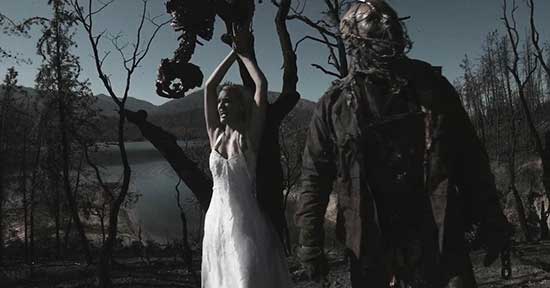 Perez and Bronzi have joined forces once again in Cry Havoc. This action-horror sees the latter play another character who is definitely not a Kersey stand in whatsoever. I don’t even know why you keep suggesting it. Bronson, I mean Bronzi, plays a tough, uncompromising cop searching for his missing daughter. Said daughter is part of a group of 20-somethings who have been lured to the woods to take part in a new reality show. Unbeknownst to them, said show is really a cover for the mysterious Voyeur (Richard Tyson), who likes to record nubile flesh being slaughtered by his pet serial killer, Havoc (J.D. Angstadt). Fans of the Playing with Dolls franchise will already be aware of Havoc, but for everyone else here’s the crib notes: he’s ugly, and he likes to kill people. There you go. In fact, even Tyson’s character has cropped up before in Playing with Dolls: Bloodlust. 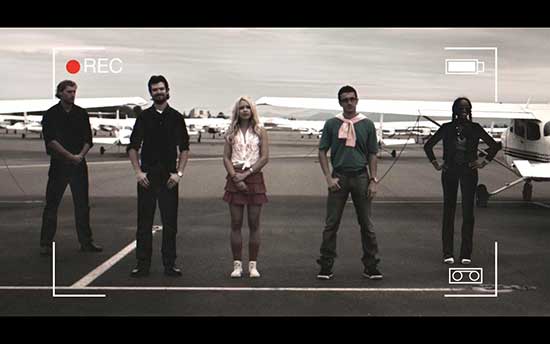 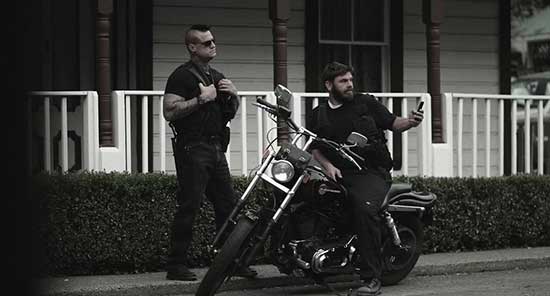 Having already worked with Bronzi on several other occasions, Perez really leans into the fact that his lead looks exactly like the actor from The Evil That Men Do. Despite the film being set in the present, Bronzi’s cop walks around like he’s plucked out of the late 70s, bell bottoms swinging in the breeze. Hell, Bronzi’s dialogue has been dubbed so that he sounds like Bronson. It’s not a perfect impersonation, for sure. More like when your mate does one after a few beers. Blammo. 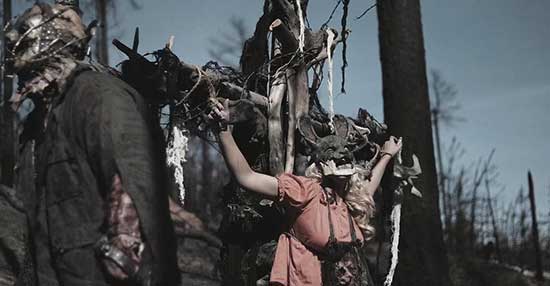 It’s not just Bronzi’s wrinkled mug that’ll cause déjà vu. If you’ve seen Perez’s other film that was released this year, Cabal, you’ll be experiencing an uncanny sense of having seen this all before. In that film, we also saw a tough guy going into the woods to take on a serial killer, who was being kept under lock and key for nefarious purposes. The only difference appears to be that in Cabal, the action was broken up by dry discussions that wadded into shallow waters of media conspiracy theories. In Cry Havoc, we take a break for a whole act to watch a journalist (Emily Sweet) interview The Voyeur about his practices and what it really means to be a killer. Like in Cabal, all this pontificating grinds everything to a complete halt, and if you’d been looking forward to a cop vs monster smackdown, you’ll most likely be looking at your watch. 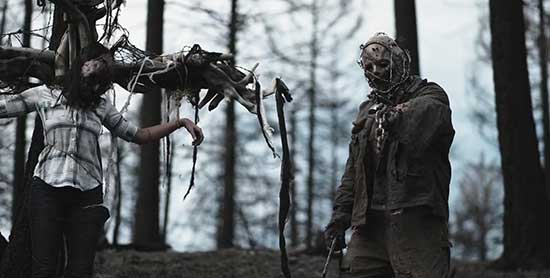 While the acting is a mixed bag and the plot is derivative on the director’s own work, there is something about Perez’ film that works. All his films have a slick look to them that defies the obviously limited budget they have. Perez clearly loves his slasher films, and his antagonists owe an obvious debt to the likes of Jason Voorhees and Leatherface. He wants you to have a good time, and you’ll want to have a good time too. Sadly, the chances are you really won’t. Aside from its lead star gimmick, there’s no real reason to stick around. Dig up a copy of Death Wish 3, follow it up with Friday the 13th part 8 and you’ll likely have a better time.