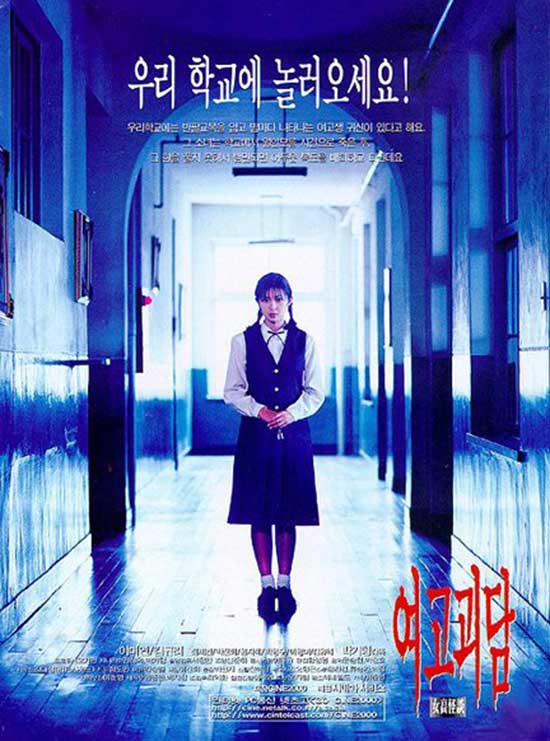 Mysterious deaths begin to accumulate in an all-girls school. Administrators scramble to cover up the real reasons behind the deaths of the girls. A flashback slowly reconstructs the real reason for the deaths. And in the end it might still be to late to stop the ongoing wanton carnage.

I have not watched ‘Whispering Corridors’ in almost 5 years and even now it was still very refreshing to see how contemporary it still is after it’s initial release over 10 years ago. This South Korean movie was groundbreaking and in some ways it really began a revival in Asian ghost movies that captured the eyes on Western movie goers. It’s not as though there was a lapse in Asian ghost stories, possibly a basic instinctive need for new blood (no pun intended) and the lack of creativity in a somewhat boring horror scene of the late 1990s allowed us this movie capture us from our “Freddy Kruger” attention. 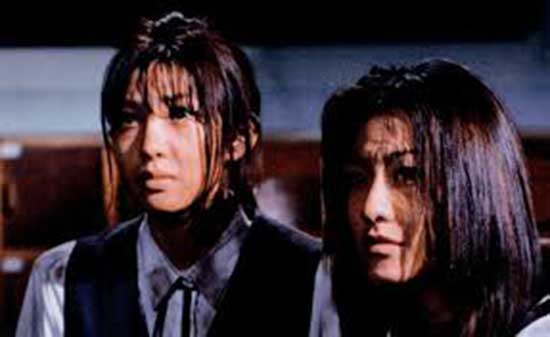 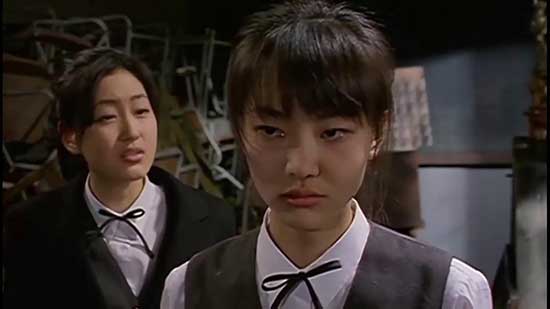 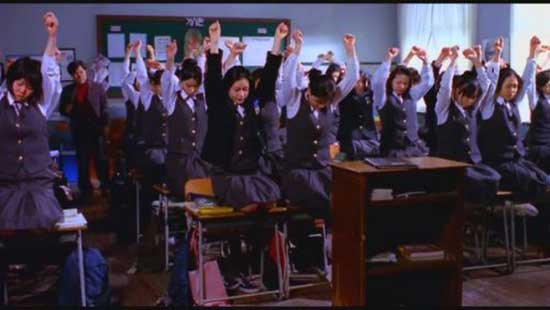 The authentic South Korean hillside location and the school that was used are very helpful to establish a semi-distant relationship to the city and the families these girls belong to. It almost comes off as if they are in a light security detention facility, hence adding tension.

Lead actor, Kang-hie Choi really holds her own in this movie as the back story unravels and the sinister subplot becomes apparent. Sadly she is also limited in the amount of horror roles she’s been in. The only noticeable one is, ‘My Scary Girl’ from 2006, and even that seems to be a comedy. Which is to bad for those who will enjoy her here.

The combination of traditional Hollywood scares tactics and ground breaking editing (for 1998) make ‘Whispering Corridors’ a fantastic study of the horror genre as it reached another turn in its evolution. The cinematography is very exciting to the eye, with a well thought out usage of modern and tradition camera tricks and compositions. One specific camera set-up that I have always enjoyed is placing an actor on a Dolly and that person moves along as if on air. It’s been done a million times, though i’m assuming this may be the first time it was done for a ghost-horror movie. 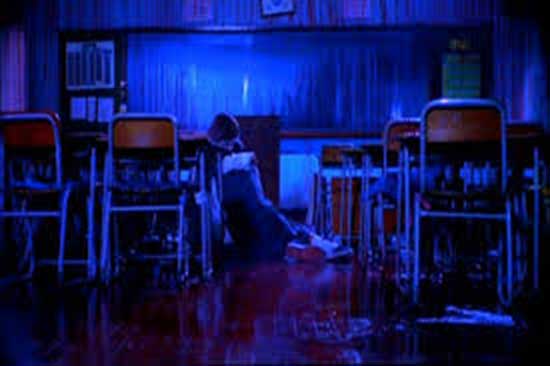 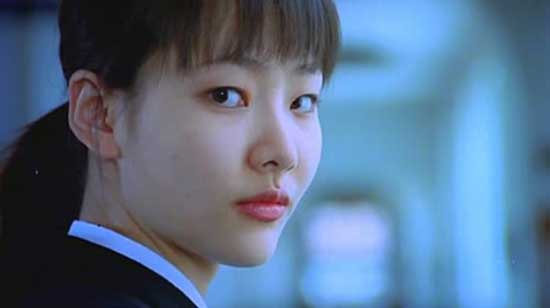 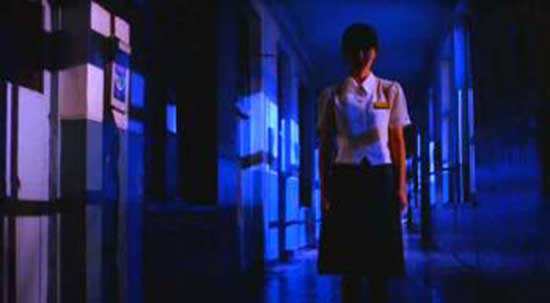 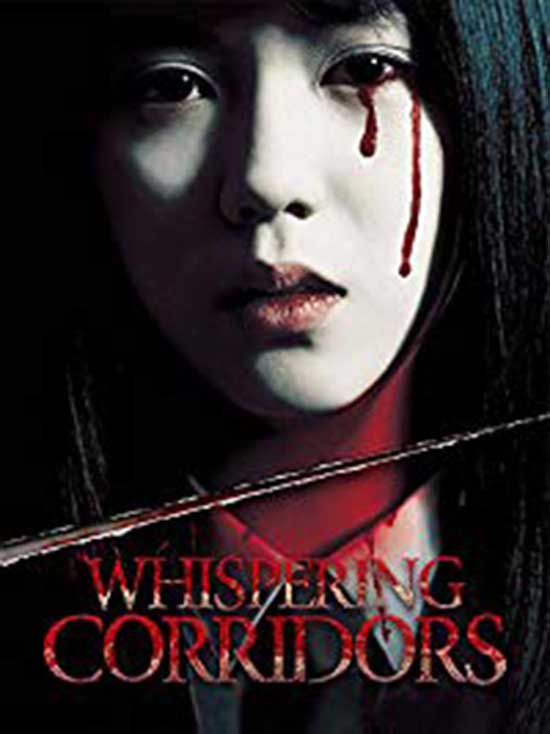 For those concerned, it has its far share of seemingly underage girls in mandatory skirts these girls must wear at their school. Though there is no distasteful usage of nudity to lesser the quality of the narrative.

It I can find any faults, which there are few, it may that Ki-hyeong Park has only made one movie in the ghost genre of movies. It may also run slightly longer than it needs to be, though it doesn’t hurt the viewing. 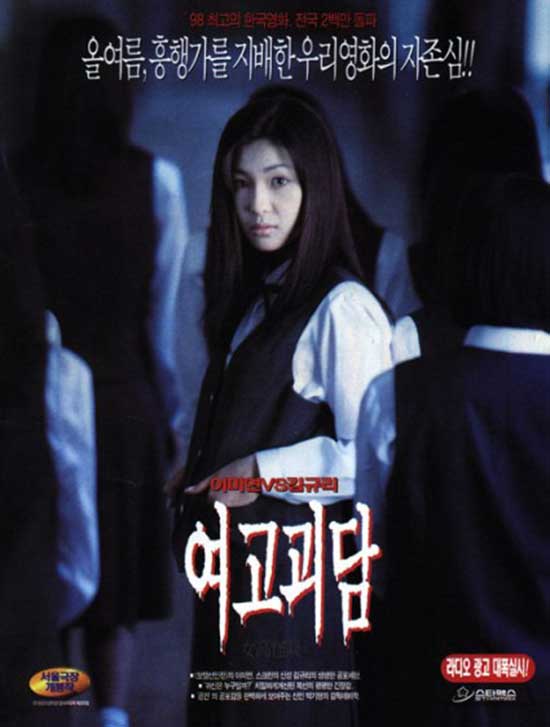 A side note. While looking at reviews from 5-6 years ago I noticed a general negativity about the movie. This is very odd since current reviews are most positive. I guess many feelings reviewers have grown since the influx of Asian movies in the last 3-4 years.