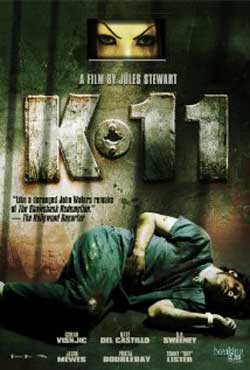 A record producer comes around after binging on drink and drugs. He finds himself in a section of the Los Angeles County Jail reserved for homosexuals, which is ruled by a transsexual named Mousey.

The film “K-11“, was a bit of an odd surprise. To start things off, you should know that this is not a horror film. The cover and marketing of this “feels” like it should be. but what we really get is an odd prison drama. To take things further, “K-11” also feels more like a “gay” film that is not entirely really gay. Let me explain…… 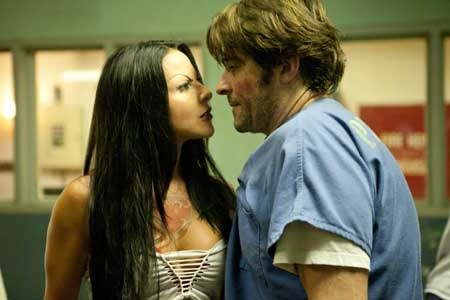 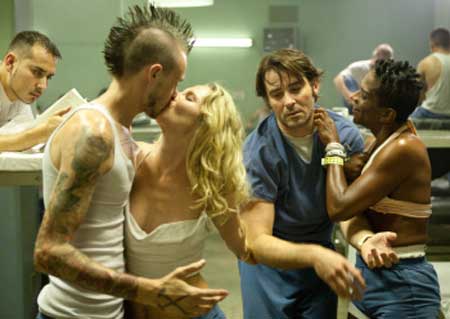 Raymond Saxx Jr. (Goran Visnjic) wakes up drunk and inebriated finding himself placed within an institution. It’s sort of cross between a prison and a mental facility that is labeled under the classification of “K-11”. This is a special wing/room that holds a variety of cross genre prisoners who all share one big room filled with bunker style beds. The mix of crossed dressing males and females is pretty apparent but what is also less apparent are the real males and females who seem a bit displaced in this location. The inmates don’t really live the typical live of convicts as they are allowed drug use, intermingling, rape and relationships (but not in that order). I’m sure the off screen setting was unique in that respect as well with several voguing fashion show actors keeping thing colorful.

In fact they even have a wall complete with payphones that they are free to use to make out-going calls. The guards seem to be as messed up as they are in some respects with Sgt. Johnson played by DB Sweeny taking the lead role as a drug using homo-tendency guard who has been letting the inmates run a drug operation from within. 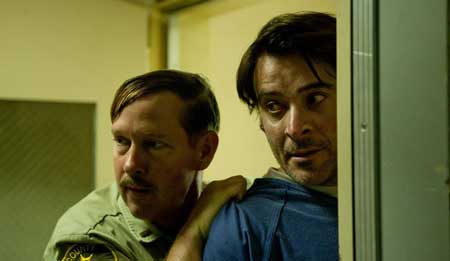 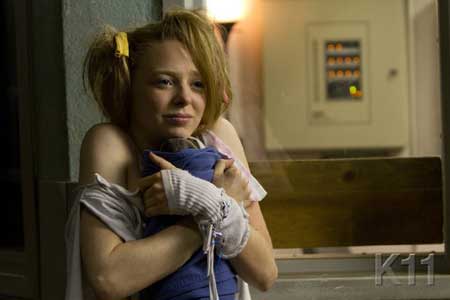 The K-11 sector is run by a transvestite named Mousey who is the group’s acting queen in drag. The role is played by actress Goran Visnjic, so if you start to wonder why you are finding a transvestite so hot, it’s because the role is actually being played by a female playing a “man dressed as a female”. In any case, it’s a good thing as a man should never have curves like Mousey and belong to the male species (check-out the extras for an interview). Mousey plays it hard, accompanied by a couple of inmate lackeys who help her to enforce the law and order within. Sgt. Johnson (D.B. Sweeney) is deeply in love with Mousey often supplying her with drugs, and power under the small confines of this institution. It is worth noting that actor D.B. Sweeney plays his role perfectly to the beat of someone you’ll “love to hate” by the time the film’s over. In other words, the inmates are the least of your worries here,

Jason Mewes plays Ben Shapiro, one of the inmates in K-11 that has been allowed to run his drug operation so far without hitch. Though he finds himself constantly interrupted by Sgt. Johnson, who wishes to take over his power reign. Raymond Saxx Jr. (Goran Visnjic), struggles to find an opportunity to free himself from this unjust (framed) imprisonment so that he can return to his record producer lifestyle. 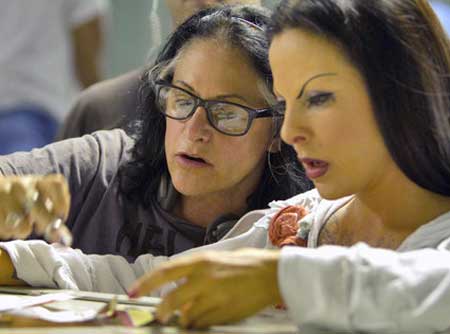 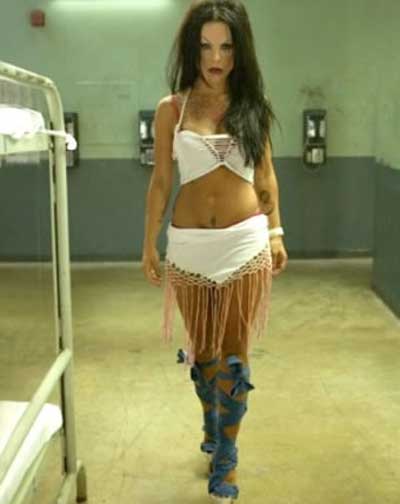 The whole atmosphere here is a bit surreal which only adds to the mystery of where this film is going. It plays itself like a cult film that doesn’t quite reach its goal to becoming a true cult film but still manages to capture “that” essence of prison films that have become popular in years past.

Directed by Jules Stewart, this film is an honest attempt at delivering something unique and a bit off the beaten path of film premises. I was engaged from front to back with its mix of eclectic characters and direction which you never were quite sure which way it was all headed. K-11 is independent enough that it will catch to a underground crowd that appreciate films with alot of interest points weaved throughout. Compelling and quirky, is the best way I could sum this invention up.