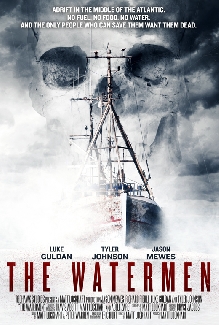 A clan of watermen capture a crew of sport fishermen who must then fight for their lives.

As far as horror sub-genres go, I have never been particularly fond of torture p*rn. Oftentimes good story telling is neglected in favor or over-the-top gore and violence. While watching people get skinned alive is certainly cringe-worthy, I don’t think it is necessarily scary. And I want my horror movies to scare me. Hostel is a great example of a torture p*rn that also manages to be terrifying story-wise. The idea that one minute you can be traveling around Europe with your friends having a good time, and the next you are being tortured and killed for no other reason than because some rich a-hole wants to see what it is like, is scary. Throwing a bunch of vapid, pretty people on a boat in paradise and having them get kidnapped by island rednecks and killed to make chum (that is basically fish food for all those that might have never seen Jaws or a fishing show) is kind of silly. 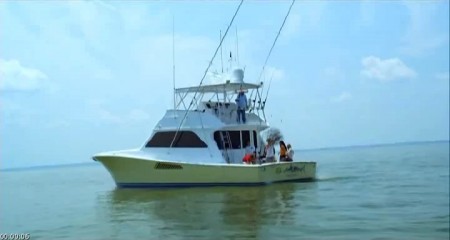 The Watermen is written, directed, and produced by Matt L. Lockhart, who doesn’t have much of a career in horror films before this movie so I guess this was a learning experience for him. And he obviously worked hard on it and gave it his all. It looks really good, actually. Digital movie cameras are just about the best thing to come along for movie makers these days, as they can make any film on just about any budget look top drawer. The makeup and effects are also well executed (a bit of an unintentional pun there). The blood and dismemberment certainly looks real enough, which is important when you are trying to creep out your audience. 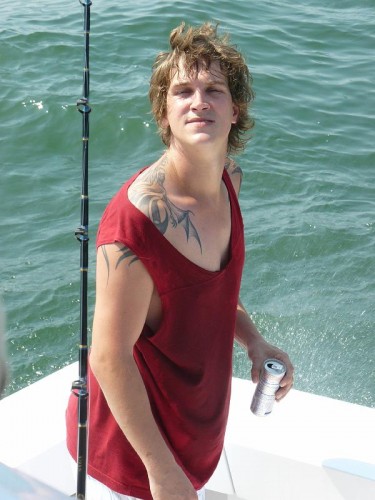 You know Jason Mewes? That guy from Jay and Silent Bob? He’s in this, as someone besides Jay, except that Jason Mewes is Jason Mewes no matter what he is in (apparently) and Jason Mewes is basically Jay with a slightly less filthy mouth. He’s also the first person in the group to get brutally murdered, which I bet parents around the world would cheer over. And there are boobs for boob’s sake, I guess, as there is no real sexy business going down in this film. But if you are going to have a hardcore modern horror torture p*rn film I guess you are required to have boobs make at least one appearance. And they are nice boobs, so it isn’t like it is a hard scene to watch (even for me and I’m a girl who is more of a legs fan than a boobs fan), it just doesn’t really serve any purpose other than for viewers to go “hey, boobs!” 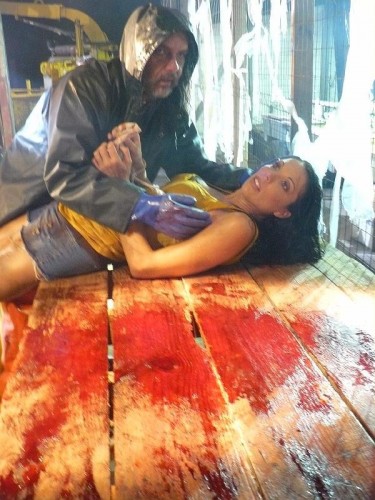 Richard Riehle is also in this. He’s one of those great character actors who you know you have seen before a million times but off the top of your head you can’t think of where. It took me about 20 minutes before I realized he was the “Jump to Conclusions Mat” guy from Office Space. He was funnier in that. Though I suppose the purpose here wasn’t for him to be funny. The rest of the cast is basically just a group of random pretty people, some of who can’t act very well (though the ladies can all scream quite heartily which I guess is why they were hired) but look good running around sweaty and dirty and almost naked. Their deaths are violent and ugly and painful looking and they give their best to make it as hard to watch as possible. The sexual violence seems pretty realistic, and was hard for me to watch (so I pretended I was asleep for a few minutes), and the escape scene was really only mildly annoying as poor attempts at escapes go. You know how it is when you can see that the plan sucks and is going to fail and everyone needs to move faster and you start screaming at the screen for them to get their damn butts in gear? That only happened twice, which is certainly better than in some films I’ve seen.

Overall I wish this film could have just been better. It had some great, gross special effects, and some nice, gritty, chase scenes. But it was predictable. I picked out early on which actors were going to survive and I was right at the end. I knew the end was probably going to have a fake out moment or two, and I was right again. I saw through the Nice Guy act one guy played, so wasn’t at all surprised when he popped up with the bad guys later. And while I guessed that the redneck island a-holes were cannibals and it turned out they were using people for fish food instead, I was still close enough to being right that it basically counts. When a film is predictable it just isn’t scary, no matter how disgusting the death scenes are. While I give The Watermen props for certainly trying, I think it could have done better.