Home | Let’s Peek UNDER THE BED At A New Trailer

Let’s Peek UNDER THE BED At A New Trailer

Steven C. Miller. Does the name ring a bell?

It should, he’s the man behind that pretty kick ass remake of Silent Night Deadly Night that came out last year titled SILENT NIGHT. Got all the info for you below so let’s get busy:

Synopsis:
Every child knows about the monster under the bed—Neal Hausman’s mistake was trying to fight it. Neal (Jonny Weston) has returned from a two-year exile following his tragic attempt to defeat the monster, only to find his father ticking ever closer to a breakdown, a new stepmother who fears him, and his little brother, Paul (Gattlin Griffith), terrorized by the same monster. While Neal and Paul work together to try to fight the nocturnal menace, their parents are taking desperate measures to get the family back to normal. With no support from their parents, the brothers have nothing to rely on but each other and courage beyond belief. 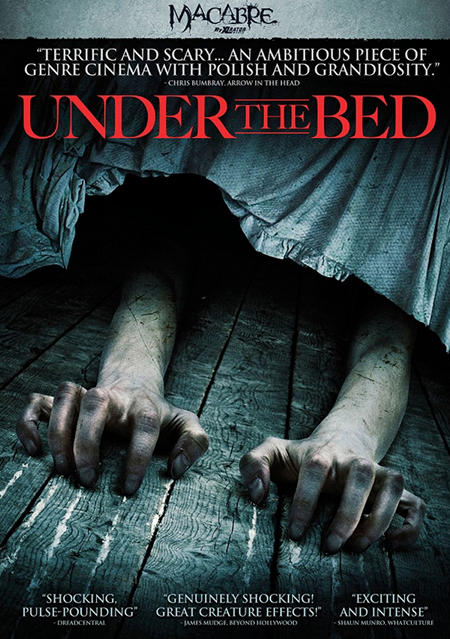