Home | Heads Up Columbus! Tyler Mane Is Coming To Give You a COMPOUND FRACTURE

Heads Up Columbus! Tyler Mane Is Coming To Give You a COMPOUND FRACTURE

The Tyler Mane train just keeps on rolling and this week it rolls into Columbus Ohio where he brings his latest film COMPOUND FRACTURE along with a lot of other cool goodies for all who attend. I’ve got the press release that reveals all. The event will also be filmed by the talented Patrick Desmond so who knows, you might just end up getting your mug on film talking with Tyler Mane!

Spend an evening with the superstar during a night of chills and thrills, plus great prizes at the Gateway Film Center, April 19, 2013.

Hardcore horror fans will have the opportunity to meet the actor and watch the film with Mane, who played Michael Myers in both Rob Zombie films HALLOWEEN and HALLOWEEN II and now stars in the next-level horror production COMPOUND FRACTURE.

Ticket buyers will be able to choose between three levels of access: the General Admission Ticket to see COMPOUND FRACTURE and participate in a Q&A after the film, the VIP Silver Ticket which includes a meet and greet and signing with Tyler Mane, co-star/writer Renae Geerlings and the film’s director AJ Rickert-Epstein, behind the scenes pre-show, special collectible wristband, and automatic entry into the nightly prize drawing, and for those who want more one on one time with Tyler Mane, the VIP Gold Ticket will give all the perks of the VIP Silver plus a full-sized movie poster and access to the private after party with the Hollywood
star. The Grand Prize nightly drawing winner will continue to the final drawing at the end of the multiple-city tour and will be eligible to win a host of prizes, including the chance to be killed by Mane in his next film, PENANCE LANE, or to win the actor’s screen-worn Michael Myers HALLOWEEN jumpsuit.

COMPOUND FRACTURE is a bone-chilling, independent, supernatural horror movie that brings three iconic killers together on the big screen like never before. It will take you deeper than the normal horror-thriller fare, down into a world of family secrets, crazy obsession and unimaginable dementia – and just when it seems you might escape the mad house, you find that it’s the only thing keeping you alive. Watch in horror and admiration as a shattered family comes together when it is faced with complete and utter extinction.

For more info on the event head on over to the DOLLS OF DESPAIR site where all questions can be answered. And make sure to stop by Patrick Desmond’s NEW ILLUSIONS FILMS site as well.

Here’s some new publicity stills to get you all riled up and primed for the screening: 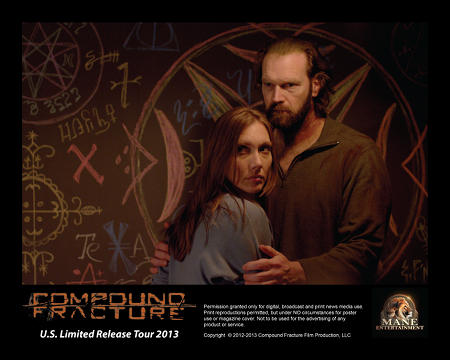 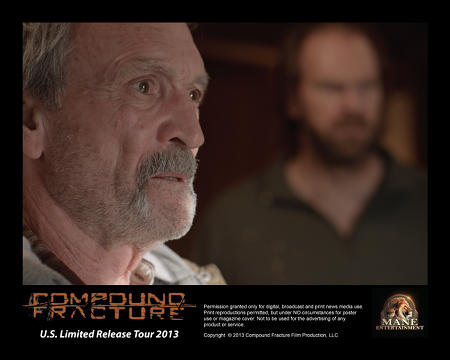 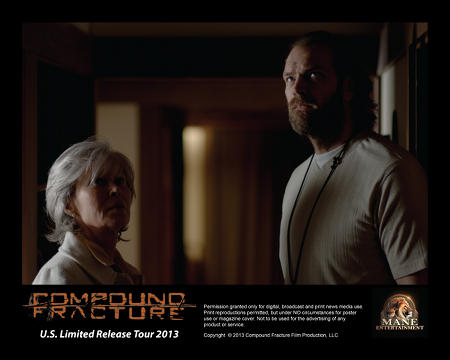 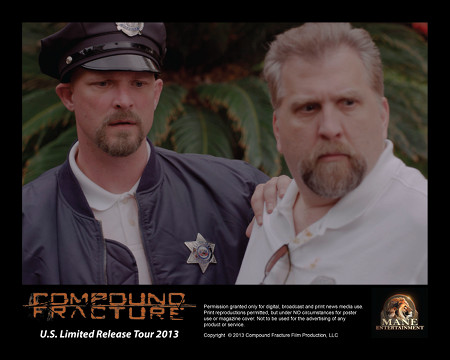 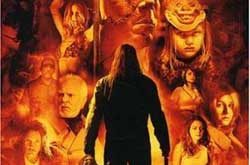