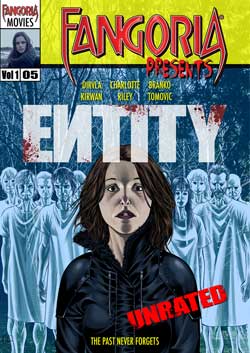 A documentary film team take a psychically gifted woman to a former Soviet research facility where horrific experiments were carried out on people suspected of possessing extra-sensory abilities.

Competent direction and good acting aren’t quite enough to save this decent little movie from drowning in the ocean of similarly-themed recent horror films. In other words, there isn’t anything wrong with it other than the fact that it comes so late in this particular cycle. Following the discovery of dozens of bodies in a Siberian forest in 1998, Russian authorities release the bare minimum of details and clamp down hard on further investigations. Some years later, TV reporter Kate Hansen (Charlotte Riley) sees the incident as a perfect unsolved case for her show Darkest Secrets. Enlisting the aid of psychic Ruth Peac**k (Dervla Kirwan) and Russian fixer Yuri (Branko Tomovic), Hansen and her crew Matt (Rupert Hill) and David (Oliver Jackson) make their way to Siberia. 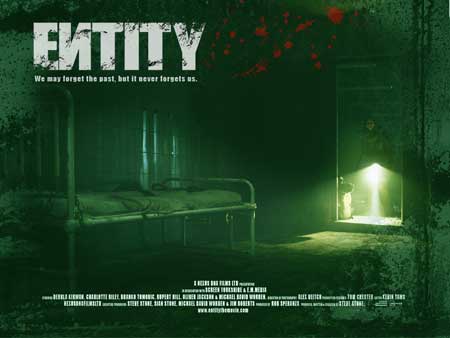 Almost as soon as they arrive Peac**k starts to pick up very strong signals that indicate an active supernatural presence in the area. Despite hearing voices warning her to leave, Peac**k insists the team push on through the forest to what may be the source of the signals she is picking up. Emerging from the woods into a large clearing the team come upon a huge derelict building. Investigating further it becomes clear that they have stumbled over a now abandoned government facility, one which was evidently used for medical research purposes of some kind. One particular area of the building attracts Peac**k’s attention: a cell block empty save for a crude bed with leather straps attached. Focussing her energies on the bed she appears to make contact with a furious spiritual presence that is somehow tied to the room. The power of the contact causes her to black out; when she comes round the team realise that David has disappeared. 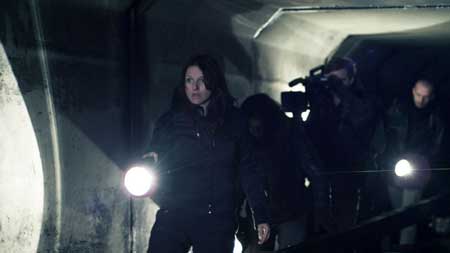 Although not strictly a ‘found footage’ movie – there is extra-diegetic music, snappy editing and a non-integral camera – ENTITY follows very much in the tradition of films such as THE BLAIR WITCH PROJECT and, more recently, GRAVE ENCOUNTERS. Indeed, so familiar is its premise and format that it does make you wonder why anyone considered it necessary; I have quite literally forgotten how many films of this type I have seen over the last few years. As ground-breaking as BLAIR WITCH was, I do think the time is right for a paradigm shift away from that template. 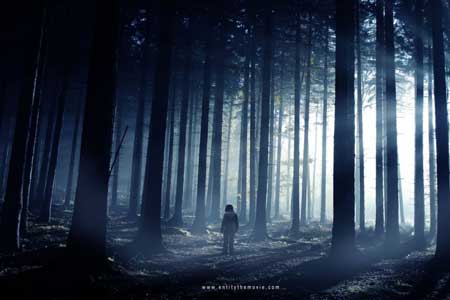 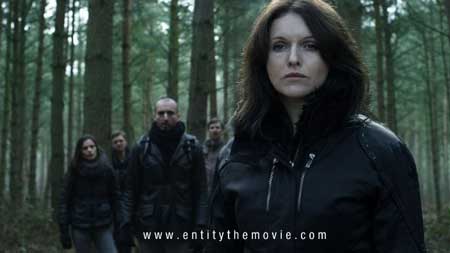 It’s a pity because ENTITY does a lot of things right. For a start, the acting is very good from an almost entirely British cast. I’m not sure what it is about British actors – perhaps it’s their lack of Hollywood sheen – but they make much more convincing ‘ordinary’ people than their American counterparts.

Whatever the reason, the cast make for a totally credible group which is essential in providing a basis in reality to counterpoint all the subsequent supernatural goings on. Equally credible is the script – the banter between the colleagues is realistic, logical and not without wit or intelligence. Writer / director Steve Stone does a good job of pacing his film and sensibly recognises that in films such as this less is almost always more. The tension is created by atmosphere and suggestion rather than by explicit gore or violence. But unfortunately the film is always battling against the reality that most people who see it will, like me, have seen numerous very similar films before. Sadly that robs the film of almost all of its impact.

Stone, whose debut feature I believe this is, is a talented guy and is definitely one to watch for the future but I’d like to see his next project tackle something more original. Had ENTITY come a lot earlier in the cycle it would have stood out a lot more; it remains a superior example of its type but it simply doesn’t have anything new to offer. 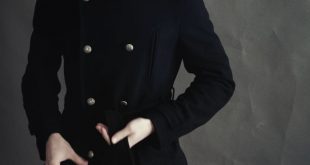