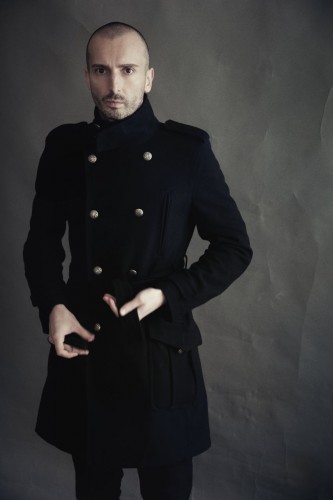 How did you break into acting and who gave you your big break?

I wanted to be an actor ever since I saw Dennis Hopper’s psychotic villain in “Blue Velvet” as a kid. I grew up in Europe but went to New York City to study acting at the Lee Strasberg Theatre Institute. After a year I was offered this small Yugoslavian war film in Los Angeles called “Remote Control”, a graduation film from the American Film Institute. The film screened at many prestigious film festivals and won many awards, even a Student Academy Award nomination. That was pretty much the first thing I did and it opened many doors.

How was it working with Steve Stone?

Rob Speranza, the film’s producer who I did a dark thriller short with called “Into the Woods” a few years back recommended me to Steve. Steve saw me in the British series Whitechapel which is about a modern Jack the Ripper copycat murder and where I play this creepy morgue man, so for some reason he thought I’d be right for his Entity. I really loved the script when I first read it, even though that was a complete different version from what it is now. It surprised me that it was Steve’s first feature film, because he had such a huge knowledge of every aspect of filmmaking, he is also a walking horror film encyclopaedia. I loved his ambition and endless enthusiasm the most, and of course his twisted mind. 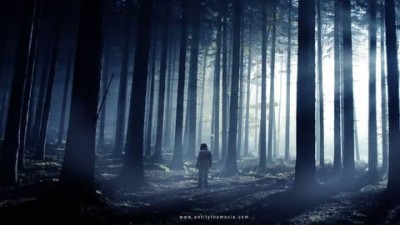 Where was this film shot?

The film is set in a place called Sadovich, which is in a remote Siberian forest. Most of our locations however where old industrial locations in Northern England. We had limited access and there would be no possibility of later pick ups or reshoots as most of the locations would be made inaccessible during the later months of 2011. Our team was amongst the last people to ever set foot in them. Some of those spaces have rightfully been demolished and some will stand empty and forgotten for years to come. These were some really haunted and creepy places, we didn’t have to act much!

Tell us about your character in ENTITY?

The first script I received my character was this 50+ year old British professor of paranormal studies. I am forever grateful to Steve that he rewrote the part for me and made him into this Russian nutjob, Yuri Levkov, who has his own reasons to join the British TV crew alongside psychic Ruth Peac**k and going into that remote Russian forest. He is a very ambiguous but also twisted guy and I absolutely loved playing this character. 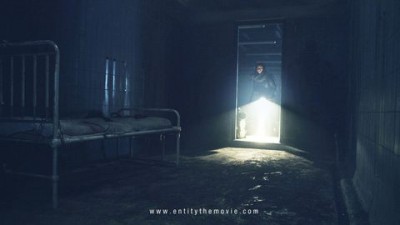 Do you have a favourite scene from ENTITY?

The encounters with the Entity!

Do you recall any cool stories that happened while filming ENTITY?

Without giving too much away, I have one scene where Yuri sees something and he is so overwhelmed by his feelings that he has to cry. So when we did it and I went for the crying my eyes stayed dry but instead snot kept pouring out of my nose like crazy. I always thought I can control what opening of my body water comes out of but apparently I couldn’t. Steve said though I have very cinematic snot so I am happy.

What was the hardest part of making this movie?

We had a tiny budget and were limited with time. We shot for three weeks, 6 days a week, pretty much all day. It was freezing and extremely cold and dusty in those locations and even those 4 layers of long underwear didn’t always help. But I think we were a great team and had a brilliant crew and cast who all shared the same enthusiasm so it was still a great pleasure. 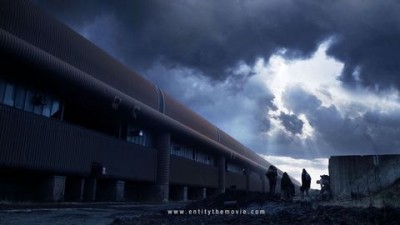 I am a very very rational person – but yes, I do actually. I had two creepy things happen to me that I can’t really explain. I am originally from Serbia, and they still have the habit over there that when a person dies they have to cover all the mirrors in the room and cover them up with black cloth right away that moment so the dead can’t reach for you. I didn’t know that before and when my grandmother died I was in another room and saw this black shadow passing in the reflection…

Poltergeist! “Don’t go into the light” will probably haunt me forever!

Loneliness and complete isolation. Goethe already said that talent develops only in quite places. I think this is absolutely true, only when you are free from other people’s influences can you find your own unique voice which is the most important thing for creativity and every artist. 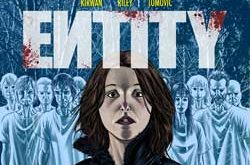