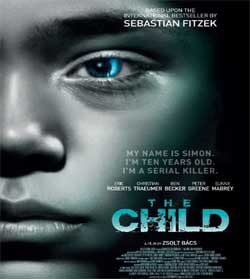 Simon Sachs is not your ordinary ten year old boy. Afflicted with a terminal illness he tenaciously seeks out the services of defense attorney Robert Stack. The barrister grapples with the inconceivable as the boy claims to be the incarnation of a murderer and proceeds to lead him to the bodies of missing persons over fifteen years ago.

The Child is a complex, multi-layered tale with underlining themes of betrayal, underground slavery, murder and vengeance. From the opening sequences the cinematography depicts a vast array of surrealistic emotion and mood. As the camera pans into the thoughts and emotions of young Simon Sachs, played by Christian Traeumer we’re over whelmed with his acceptance of mortality and innocence lost. His portrayal of these very real and seemingly inevitable feelings is heartfelt and engaging unto the audience. We invest into our young character immediately, forever curious as to how he peels back the layers of psychological drama.

The subtext of reincarnation is immensely intriguing, few can argue this point. Roberts who plays attorney Robert Stern does a phenomenal job of playing the forever skeptical and reluctant attorney. We get a glimpse into Stern’s own personal hell through exposition and his severed sense of depth after years of heart break.

A great deal of plot, dips, twists and turns transpire. Most cinematic aficionados welcome such activity in their viewing pursuits. Once character Felix is introduced played by Gustav Reutter, the film seems to plummet a notch or two. His dialogue may be perceived as a little on the contrived side and performance is certainly not for everyone. His role seems to exude straight to video caliber, somewhat tarnishing an otherwise brilliant and complex psychological thriller/drama.

A great deal of darkness and shadow is utilized to accentuate the foreboding sensations associated in a homicidal type film. The creep factor is raised dramatically after we’re privy as to why young Sachs believed he had murdered all of those people years ago. It’s undoubtedly disturbing and will no question upset many viewers.

Sunny Mabrey is a welcome introduction to the mix. Her presence will appease the male demographic of 18-35. You may remember Sunny from such films as Snakes on a Plane or The New Guy. She’s extraordinarily easy on the eyes and its touching to see her maternal role flourish throughout The Child. 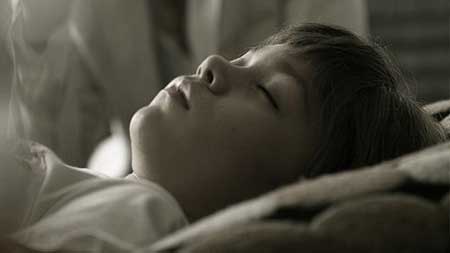 Perhaps what is most impressive about The Child is their unapologetic journey into an underground that is very real yet often ignored or repressed as a result of the alternative of recognizing something so heinous and hideous. The final act will disappoint few. There’s little left to the imagination as the viewer at times get the impression we’re being coddled with explanation without opportunity to figure it all out on our own.
Overall not a bad production, I give it serious credit for innovation or presenting something we haven’t become entirely saturated with.