Home | BATES MOTEL To Have A Season Two

BATES MOTEL To Have A Season Two

Here’s some news I’m glad to be reporting. A&E has decided to bring us a second season of BATES MOTEL and I think that might just be the best idea I’ve heard all week. We’re only a couple of episodes into season one but this show has got hit written all over it and I’m glad to see we’ll get to see just exactly what in the hell is going on in this whacko town.

Here’s what the press release had to say:

“’Bates Motel’ has garnered critical acclaim and a loyal audience in its first few weeks,” said DeBitetto. “With superb writing and exceptional acting, led by the critically acclaimed performances of Vera Farmiga and Freddie Highmore, we’re incredibly excited to see where Carlton and Kerry take Norma and Norman Bates next.”

Season Two of “Bates Motel” will begin pre-production later this year on ten new episodes slated to premiere in 2014.

In “Bates Motel,” following the tragic death of her husband, Norma Bates buys a motel on the outskirts of the idyllic coastal town of White Pine Bay, seeking a fresh start. As Norma and Norman get ensconced in their new home, they discover this town isn’t quite what it seems, and the locals aren’t so quick to let them in on their secrets. But the Bates are done being pushed around and will do whatever it takes to survive – and to protect their own secrets. 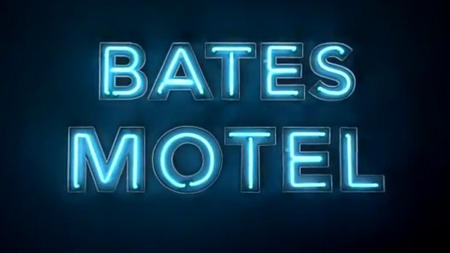