Home | THE CONJURING Too Scary For PG-13

THE CONJURING Too Scary For PG-13

This holiday weekend WONDERCON is taking place out in LA and today brought several events that are of particular interest to horror fans. THE CONJURING being one such project.

Some new footage was shown that by all accounts was very well received by those in attendance. That footage hasn’t made its way online yet (hopefully we’ll get a peek soon) but what did ooze out was director James Wan commenting that he had shot the film for a PG-13 rating but even with the lack of gore the MPAA said it was still to damn scary and gave it an R. Love it!!!

“Before there was Amityville, there was Harrisville. Based on a true story, The Conjuring tells the horrifying tale of how world-renowned paranormal investigators Ed and Lorraine Warren were called upon to help a family terrorized by a dark presence in a secluded farmhouse. Forced to confront a powerful demonic entity, the Warrens find themselves caught in the most terrifying case of their lives.“

Gonna try and get my hands on that Wondercon footage so keep it here, I’ll get it posted if it pops up. 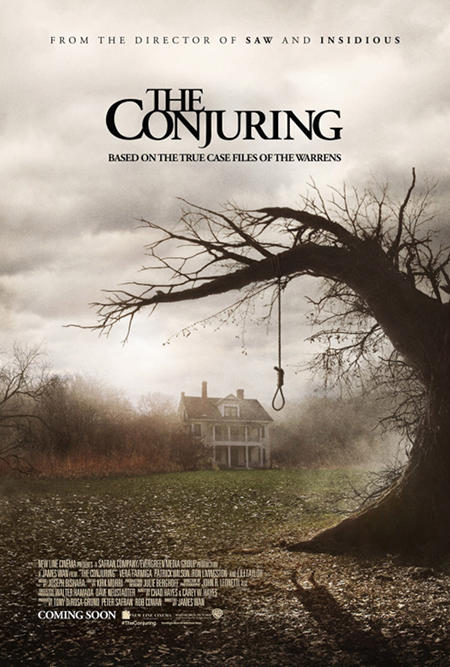