Home | New One Sheet For James Wan’s THE CONJURING

New One Sheet For James Wan’s THE CONJURING

A one sheet just showed itself for James Wan’s latest spookfest THE CONJURING. Thought you might want to check it out: 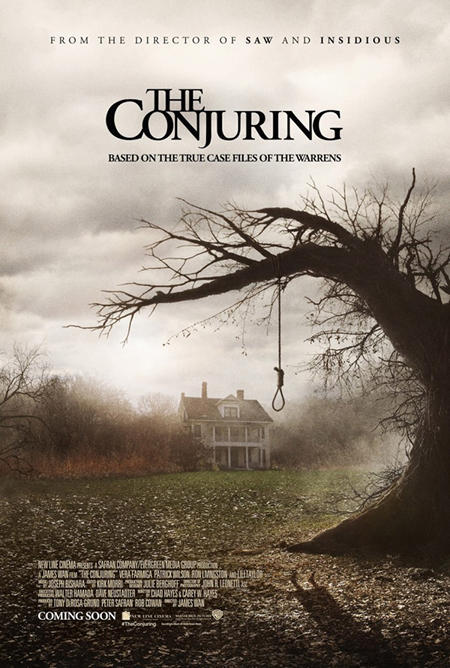 Here’s what this one holds in store:

Before there was Amityville, there was Harrisville. Based on a true story described in the book House of Darkness, House of Light: The True Story by Andrea Perron, The Conjuring tells the horrifying tale of how world renowned paranormal investigators Ed and Lorraine Warren were called upon to help a family terrorized by a dark presence in a secluded farmhouse. Forced to confront a powerful demonic entity, the Warrens find themselves caught in the most terrifying case of their lives.
From New Line Cinema comes a feature film drawn from the case files of married demonologists Ed and Lorraine Warren. The Conjuring stars Academy Award nominee Vera Farmiga (“Bates Motel,” Orphan) and Patrick Wilson (Hard Candy, Insidious) as the Warrens and Ron Livingston (HBO’s “Band of Brothers”) and Lili Taylor (Public Enemies) as Roger and Carolyn Perron, residents of the house.

July 19th is the date to keep in mind. Should be a great one!!