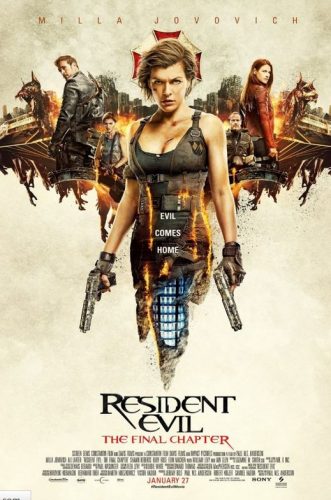 Picking up immediately after the events in Resident Evil: Retribution, Alice (Milla Jovovich) is the only survivor of what was meant to be humanity’s final stand against the undead. Now, she must return to where the nightmare began – The Hive in Raccoon City, where the Umbrella Corporation is gathering its forces for a final strike against the only remaining survivors of the apocalypse.

I remember having a Playstation and getting the first Resident Evil game shortly after it was first released. As someone who loved zombie movies and was starving for gorier movies and games to be released in the halcyon time of 1996, the game blew my mind. It was a tense experience that scratched that gorehound itch I had. I played the hell out of the game. Years later when the Resident Evil movie was announced, I was excited to see what director Paul W.S. Anderson had in store for us. While I was disappointed that the production company didn’t go with George Romero like they originally planned, I still had hope that this game franchise that I had loved so much was in good hands. 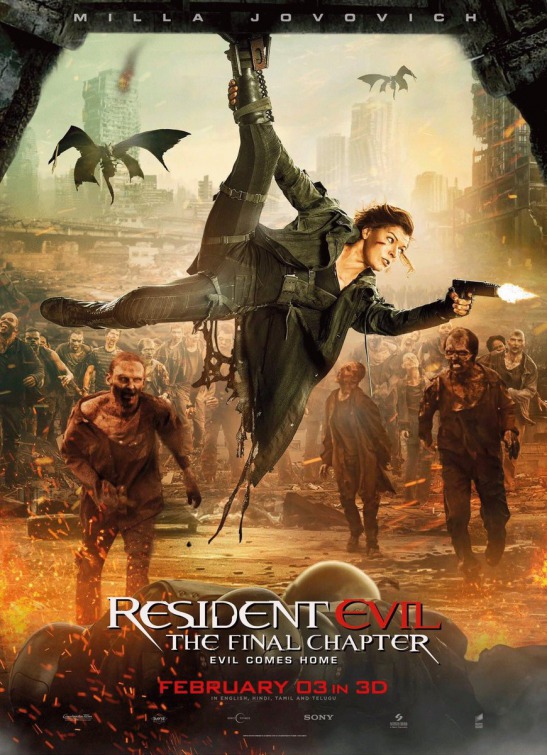 I mean, Anderson gave us Mortal Kombat, and that was a fun little movie. He also gave us Event Horizon, which I loved, so his Resident Evil should be good, right?

While the first movie was entertaining, each installment of the franchise got steadily worse. One moment the main character Alice has super powers from the T-Virus, then she doesn’t, then she does again. The plots get even thinner, the acting shakier, and the action becomes either unintentionally hilarious or kind of mind-numbing. At this time, I’ve realized that I’ve been watching the movies just because I’ve gone this far into the series I might as well see how it ends. Does the Final Chapter manage to actually be better than the rest of the series? 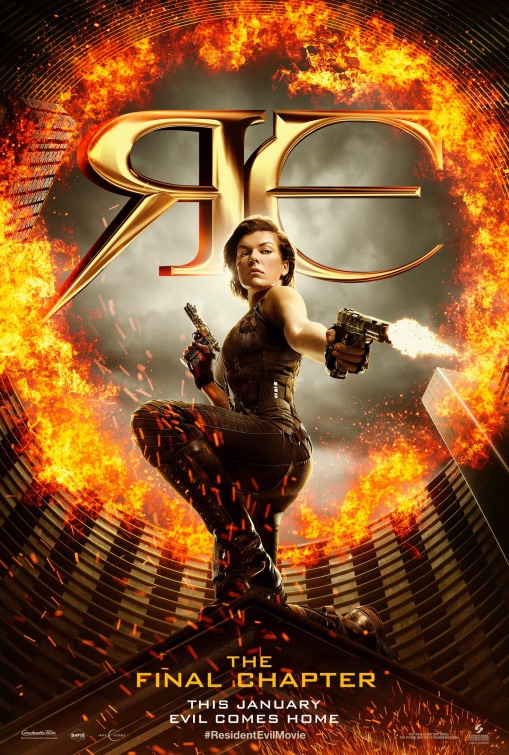 No. Dear heavens, they actually found a way to be even dumber. It’s a truly amazing accomplishment because I thought they had reached the pinnacle of idiocy already.

Resident Evil: The Final Chapter, starts some time after the last movie ended. Our main character, Alice, managed to survive whatever was going down at the White House at the end of the last flick, and things didn’t go well. We don’t know what exactly happened, nor are we ever really told. Being given back her powers in the last installment apparently was a temporary thing, so she’s just plain old human now. Adding to her problems the A.I. from the first movie, dubbed the Red Queen, is back up and running. However, it’s contacting Alice to let her know that there is an airborne cure for the T Virus locked in the Hive, the underground facility that was located beneath Raccoon City. Alice has to get to the Hive, obtain the cure, and release it in a certain amount of time before the last of humanity is wiped out. Standing in her way is the evil Dr. Isaacs, Albert Wesker, and a few hundred miles of terrain populated by zombies.

The problems with this movie starts at the top with Paul W.S. Anderson who acts as both director and writer. I think he’s a decent enough director when working with material from an actual scriptwriter. However, since he’s erroneously convinced himself that he can write scripts, he’s become a poor man’s Michael Bay. It seems like all he wants to do is get to the action scenes and explosions, and the script seems to only exist to get to those points. He’s shown no real ability to write believable character development, dialogue, or interaction. Everyone in this movies soon becomes little more than cardboard cutouts. There’s also plot holes the size of the Racoon City crater, and the story begins to contradict some of the stuff established in the previous installments. It’s also written in such a way that only people that has watched the other films will catch all the callbacks and their import. 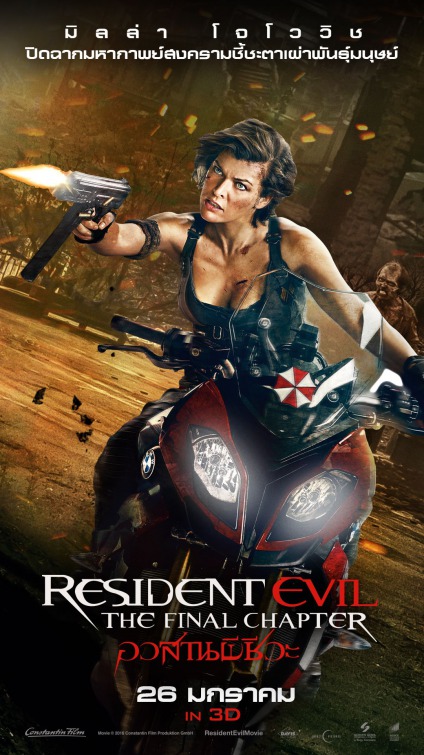 Anderson’s culpability doesn’t just end with the script. His love of using jump cuts makes the movie look like it was edited by a hyperactive teenager high on meth. Instead of adding a sense of energy and excitement to the actions scenes, the cuts are so jarring that they take you out of scene. Soon you just find yourself staring at stuff happening on the screen barely able to fully follow what’s happening and not really caring either. 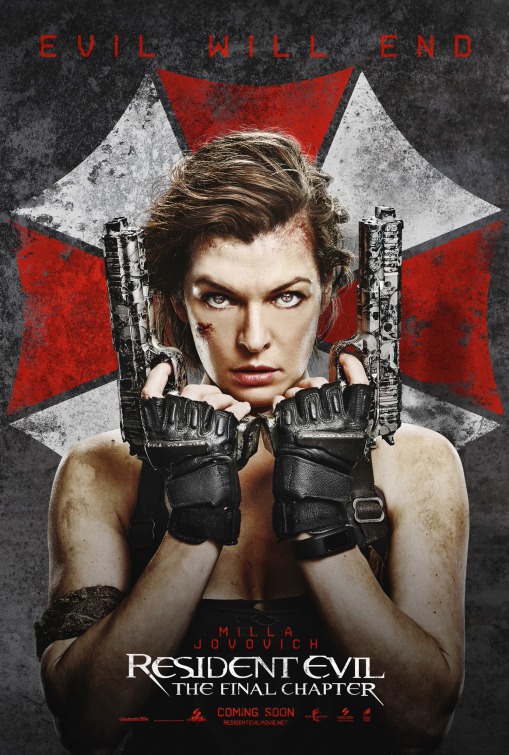 The acting is serviceable at best. Milla Jovovich’s performance remains pretty much the same here as it has been in the previous entries into the series, so you know what you get there. Everyone else seems to give fairly bland performances. Even Iain Glen, who’s proven himself to be a pretty good actor, hams it up as Dr. Isaacs. He’s at least entertaining to watch, though.

While this is supposed to be the last on the franchise, I’m not confident that they won’t find a reason to either make another sequel or reboot the whole thing. Sadly, I think the latter is inevitable. Hopefully, if they ever do reboot it, they’ll actually put someone in charge of the movie that actually makes something good. 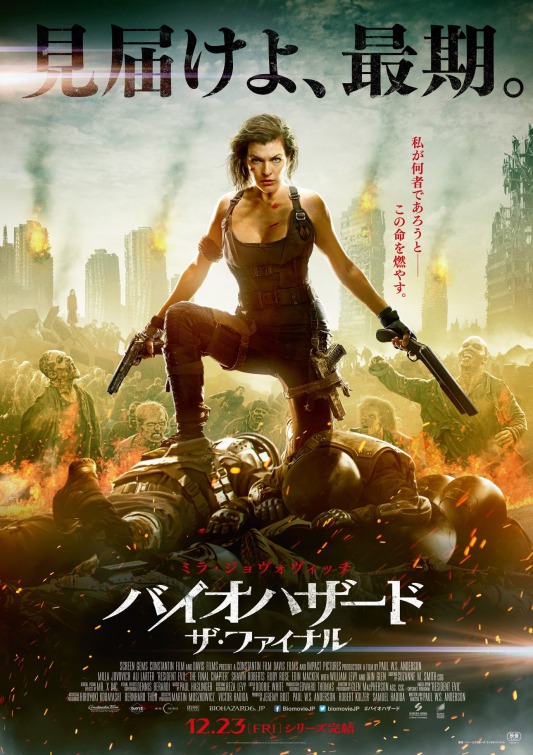 Resident Evil: The Final Chapter is predictable, bland, pointless, and ultimately very dumb. At this rate, I not only don’t recommend this movie, I recommend avoiding it.