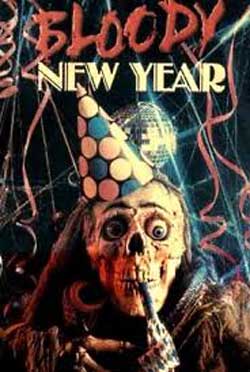 A group of friends find themselves stuck on an island after the boat that they were traveling in sinks. Unfortunately for them, this particular island is inhabited by a bunch of homicidal ghosts that are trapped in a time warp. As the bodies start to pile up the chances of anyone getting off of the island alive are slim and none.

I remember watching Bloody New Year when I was a kid and being very, very confused by it. I had been under the impression that it was going to be a slasher flick in the same vein as New Year’s Evil (which is an awesome film by the way, if you haven’t seen it you need to do so) and was disappointed when I realized that I was wrong. When I watched it again recently it made a whole lot more sense to me and I ended up really digging it. Yes, it is a real mind f*ck at times and some of the scenes are cheesy as hell (the bit where a zombie twists a guy’s head around backward a couple of times and the goofy look on his face while this is taking place comes to mind immediately) but it is definitely worth a look if you are wanting to see something a little different. 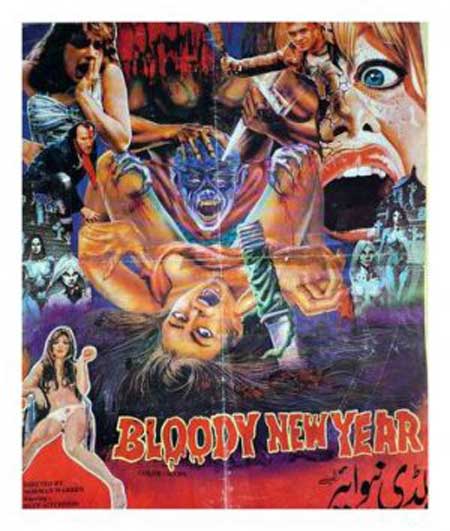 I must have gotten wiser with age because to be honest with you when I originally saw it when I was twelve or so it didn’t make a damn bit of sense to me. I’ll admit that even now it is a little bit confusing at times and you have to pay attention to what is going on or otherwise you are going to get lost. I think that the plot is actually quite brilliant and I have to hand it to the filmmakers for trying something so bold and original (especially considering the time of its release when the horror market was flooded with slasher flicks). It is an odd, out there little flick but for the most part the weirdness works. 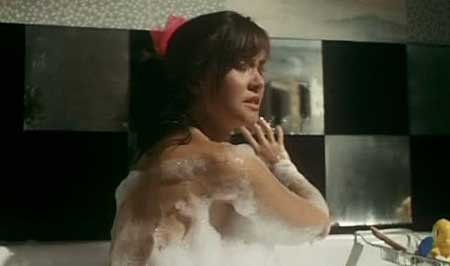 One of the biggest strengths of the movie is due to the fact that it has an interesting premise. I liked the whole time warp angle and thought that it was just a cool idea in general. Something about it is just unsettling if you ask me and I love the fact that there is really no explanation given as to why the island (and its inhabitants) are trapped in a time warp. I think that if the filmmakers had tried to explain it that it would have ruined the entire movie. Some things should be left unexplained, and the reason for the time warp in this film is a perfect example of that. 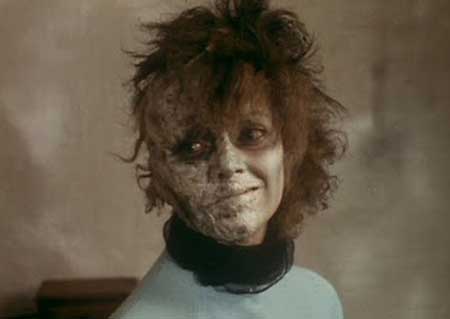 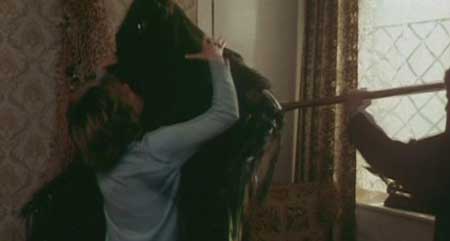 There is a slew of ghosts, demons, and other creatures knocking off our heroes in this film, and most of them are pretty damn cool. We get a ghost dude jumping out of a movie screen and slashing the hell out of someone, some zombies, a table monster (which isn’t as corny as it sounds) and some other fun ghosties. In a way some of the assorted ghosts, monsters, and beasties that show up reminded me of ones that appear in the wonderfully weird (and sorely underrated) 80’s flick Spookies as it showcases some similar antagonists. My personal favorite is the Mossman (from Masters of the Universe)-looking thing that attacks a couple of the characters at one point (after they have already successfully fended off an evil fishing net with a mind of its own). If your taste leans more toward the bizarre then you are definitely going to like this movie (I did mention that there was a table monster, right?). 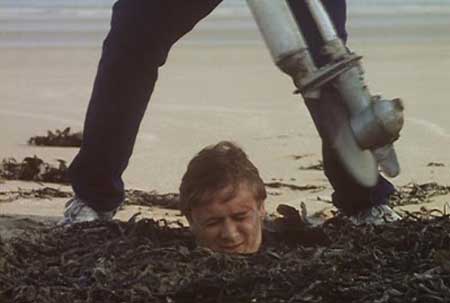 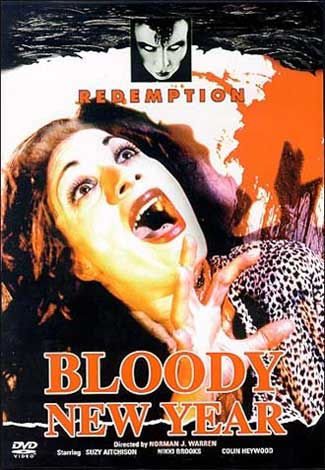 I enjoyed Bloody New Year and think that anyone who enjoys his or her films a little on the weird side will agree with me. I will warn you that it takes a while for things to get going but if you hang in there I think that you will be pleasantly surprised. Give it a shot if you haven’t seen it, and better yet pair it up with Spookies one night for one hell of a double feature. 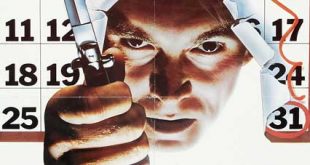 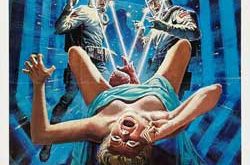