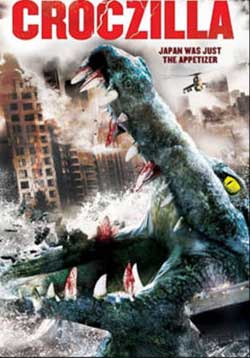 Xiao, befriends Amao a 36 foot crocodile, who lives on his fathers croc sanctuary. Xiao’s father is forced to sell his crocodiles to a gangster who plans to use them for high priced meals. Before Amao is due to be slaughtered, he escapes, slaying his captors in the process. Amongst the chaos, Amao accidentally swallows a bag with $1 million dollars inside. When rumor’s of this spread, the town locals are split with some fearing for their lives and others set out to capture and kill the crocodile, at any cost.

Were it not for a couple of chomping sequences this remarkably bloodless creature feature would qualify as a children’s movie. It features an impossibly winsome little boy, some comic villains and a happy ‘family reunited’ ending that wouldn’t be out of place in a Spielberg movie. 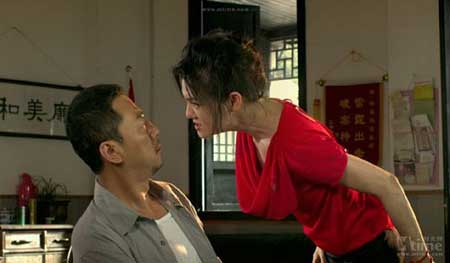 10 year-old Xiao lives in what appears to be a pretty rural part of China and after school likes nothing better than to sneak into his grandfather’s run-down crocodile park, where he has befriended a monstrous 36-foot long female crocodile that he has named Amao. Unfortunately the grandfather’s ruinous financial situation is such that he is forced to sell his beloved crocs to a gang of incompetent gangster / restaurateurs who plan to serve them up to customers who apparently can’t get enough croc meat.

Having watched some of her friends being bloodily despatched by the head chef, Amao quite understandably does a runner and literally heads for the hills, in this case a nearby tea plantation. Quite coincidentally this is the same tea plantation where ditzy model Wen Yan (Barbie Hsu) has been dumped by the side of the road by her scumbag boyfriend. Recently returned to China from Italy where she has been working like a Trojan, Wen Yan finds herself scrambling up a telegraph pole to avoid the jaws of our giant crocodile. Amao leaves her unscathed but to Wen Yan’s loud dismay eats her handbag and with it the 100,000 Euros she had brought back from Italy.

Determined to get her savings back, Wen Yan rushes to the nearest village and rouses local policeman Wang Beiji (Tao Guo) into action. Initially sceptical of this outlandish tale of giant crocodiles and money-swallowing, Wang is slow to react but when he realises that the croc was last seen heading for the weir where his son – little croc-loving Xiao – has been swimming with his friends. Soon the chief gangster / restaurateur hears of the croc’s whereabouts and the pile of cash in its belly and gathers up his band of cowardly goons to recapture his meal ticket. 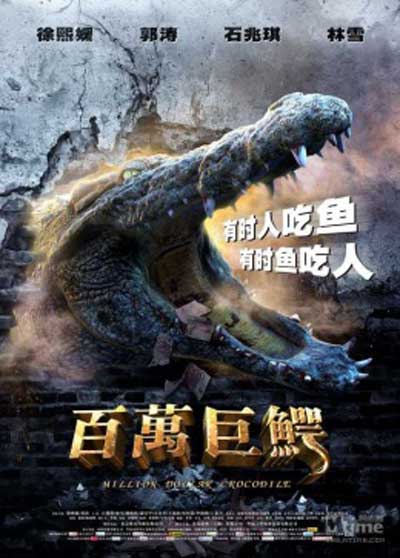 There’s not much subtlety to CROCZILLA, as you might have gathered from the title (which incidentally is a retitling for Western release; the original title is MILLION DOLLAR CROCODILE). The acting is loud and large, the comedy is very broad and the plot is nothing you haven’t seen a thousand times before. I can’t speak for Chinese tastes in the horror genre but to my eyes this movie is a bewildering mix of styles; the closest thing I can compare CROCZILLA to would be an insane mash-up of LAKE PLACID and HOME ALONE. It lurches from horror to comedy, often within the same scene, without ever really being very successful at either.
The croc is an impressively-realised CGI creation and looks suitably monstrous although it isn’t always very well integrated with the rest of the footage. In fact there’s a kind of fuzzy quality to the photography which, combined with the fact that there isn’t a recognisably human character in the entire movie and the weird disjoint between the actors and the dubbed voices, gives the whole enterprise an almost fantasy quality – further underlining the feeling that you’re watching a kids movie with added bite. 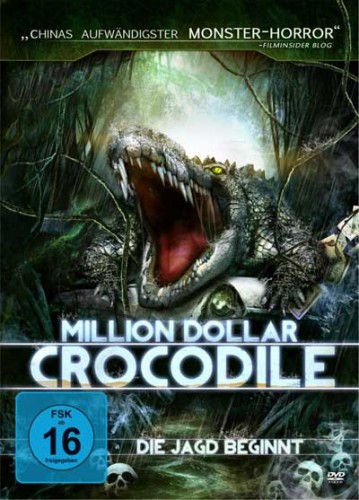 I can’t really recommend CROCZILLA except to those (like me) who are addicted to JAWS clones and even those hardened fans are likely to be disappointed by the toothlessness of this movie. I’ve sat through some pretty cruddy movies in my quest for quality creature features but rarely have I seen one as bland and inoffensive as this; at least when the Italians ripped off JAWS they had the decency to chuck buckets of blood at the screen. So CROCZILLA is, I’m afraid to say, too frightening for kids, not nearly frightening enough for adults and ends up being is a film which is unlikely to satisfy anyone.