Home | A Big News Day For James Wan’s THE CONJURING

A Big News Day For James Wan’s THE CONJURING

One of my favorite directors working in the genre right now is James Wan. This dude knows how to make some scary ass movies and I personally can’t wait for his next one, THE CONJURING. Today brought some big news for those of us anxiously awaiting any movement on this one, a trailer.

First though, lets review what it’s all about. 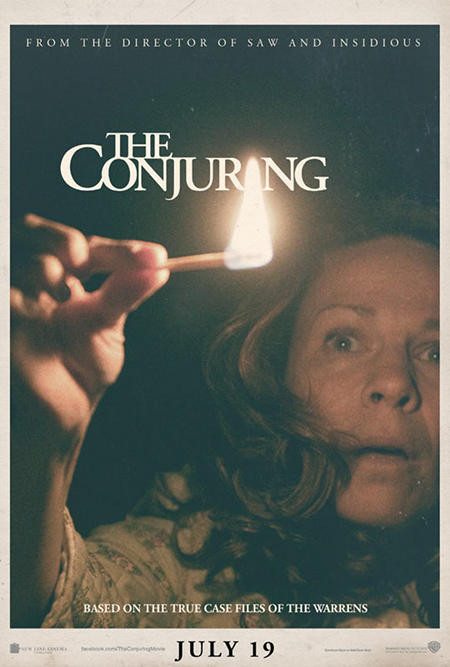 Synopsis
Before there was Amityville, there was Harrisville. Based on a true story described in the book House of Darkness, House of Light: The True Story by Andrea Perron, The Conjuring tells the horrifying tale of how world renowned paranormal investigators Ed and Lorraine Warren were called upon to help a family terrorized by a dark presence in a secluded farmhouse. Forced to confront a powerful demonic entity, the Warrens find themselves caught in the most terrifying case of their lives.

James Wan (Saw, Insidious) directs from a screenplay by Chad Hayes and Carey W. Hayes (The Reaping). The film is produced by Peter Safran, Tony DeRosa-Grund, and Rob Cowan with Walter Hamada and Dave Neustadter serving as executive producers. Reuniting with the director are members of his Insidious creative team, director of photography John Leonetti, editor Kirk Morri, and costume designer Kristin M. Burke, and his Saw production designer, Julie Berghoff. The music is composed by Joseph Bishara.

The film opens on July 19th.

Check out the awesome trailer: