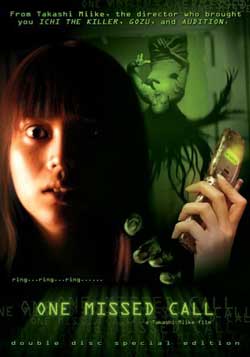 People mysteriously start receiving voicemail messages from their future selves, in the form of the sound of them reacting to their own violent deaths.

I’m sure I can’t be the only one who, upon seeing the words ‘directed by Takashi Miike’ flashing up on the screen, thinks: ‘Brace yourself. This is going to be pretty unpleasant.’ In certain circles Miike qualifies as a specimen of that rare beast, the celebrity film director, and he has built a reputation for producing controversial and disturbing work—most famously with 1999’s Audition, which managed to scare the bejesus out of single men everywhere. 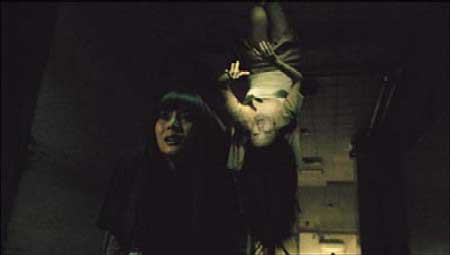 High hopes for this film, then. At first, One Missed Call seems to be relatively tame compared to some of Miike’s more notorious outings. The basic premise is in fact not all that interesting: something about a mysterious ringtone that acts as a harbinger of impending death for the recipient of the call. Teenagers are picked off one by one by a mysterious and apparently supernatural force, in time-honoured ‘who’s gonna be next’ fashion. The story is of secondary importance, however. At this stage it’s all about atmosphere, which is set up nicely with short panning shots that switch back and forth between uncomfortable, voyeuristic angles, clearly meant to suggest CCTV footage. 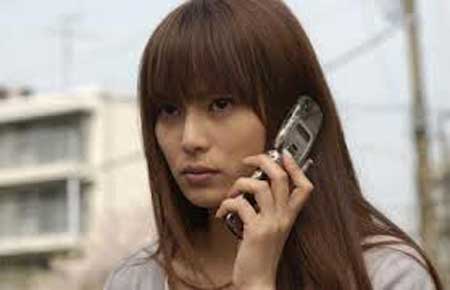 The first hour or so might be considered to be something of a gamble on the audience’s loyalty and faith in the director. The characters are not particularly interesting or likeable; this is greatly exacerbated in the case of the dreadful English dub, in which the poor actors have had their dialogue replaced by inane, dated ‘Valspeak’ that sounds like it comes right out of Clueless. Teenagers die cruel and unusual deaths, while other teenagers look by turns scared or angsty, and there are vague mumblings about the secret behind the apparent curse. Compared to, say, Gozu, it all feels a little phoned-in. The story plods along dutifully in the guise of a pretty decent but unremarkable horror film, right until the scene set in the television studio, which is about halfway into the film. 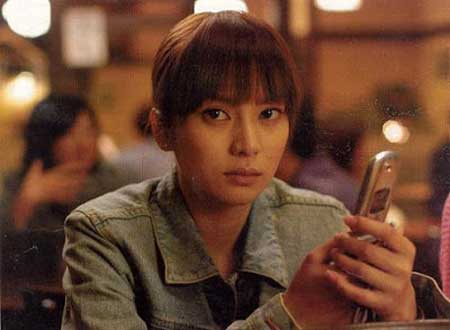 At this point it becomes clear that the director has been doing his best to lull the viewer into a false sense of security. There is a sudden and remarkable gear change, and Miike pulls something genuinely shocking out of the bag—I won’t spoil the surprise, but if you’ve seen any of his other films, then you’ll know what to expect. He has a Lynchian knack for creating psychologically disturbing images that seem to step wholly outside of horror as a genre, and into something deeper and more powerful. While One Missed Call often seems a little weak in its concept and characterisation, the execution is always masterful. 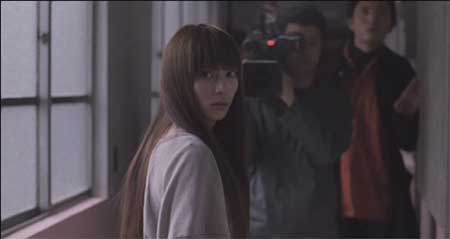 That’s not to say that the film doesn’t dip again. This is by no means Takashi Miike’s best work, and it’s very uneven in quality, but what makes One Missed Call so compulsively watchable is that it never stops changing gears. It skirts the fringes of the banal with such a straight face that it’s sometimes easy to miss the parodic intent. The deliberately confusing narrative leads us up the garden path to a false climax which is almost a carbon copy of certain scenes in Ring and Dark Water. 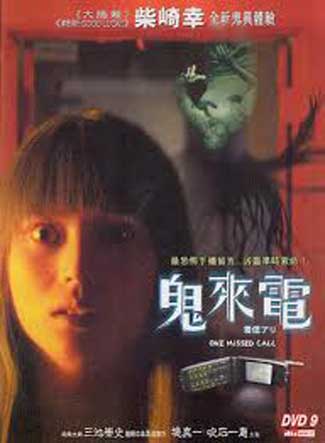 At this point it’s easy to believe that the film has got itself bogged down in a mire of cliché, with no idea of where to go with its momentum. But then it pulls it all back with a series of added twists, and it eventually becomes clear that this is a different kind of beast altogether. The story keeps changing up on you until the very end, and I’m sure that when I watch this a second time I’ll spot a fair few things I missed on the first viewing. This is a good (if not quite excellent) film that cloaks its eccentricity in the hackneyed vocabulary of mainstream horror, with occasionally startling results.