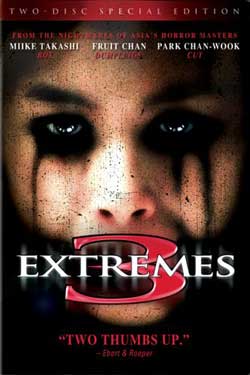 A sequel to Three, Three Extremes is based around the common theme of the ‘monster’. In Fruit Chan’s, not for vegetarians, Dumplings, the secret to eternal youth lies out of special dumplings made out of the crushed bones and ground down flesh of aborted foetuses. The monster in Park Chan-wook’s Cut is a deranged fan of a famous director who tortures the wife and son of the director while the director looks on helplessly, until a final twist, places a question mark over who exactly is the monster. Finally Takashi Miike’s Box, offers the uncanny figure of the doppelganger, whose sordid history reveals patriarchal oppression and paternal abuse. Or does it?

While there is some confusion over Three … Extremes, as it was marketed in the West by Asia Extreme as the first film – having had a limited theatrical release in North America – what became Three Extremes II was actually produced two years earlier in 2002. However Three … Extreme’s directors were certainly better known in the West and therefore made it a more marketable product, and the film was produced with the global market in mind unlike the first film’s whose primary market was domestic in both inception and exhibition. More cohesive than Three Extremes II with the continuity between the films clearer, the moniker of “extreme” is more apt here. 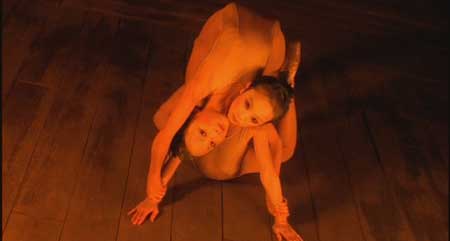 Fruit Chan’s Dumplings – which was also released in the same year as a feature length film with its graphic scenes of the preparation and eating of dumplings made with the finest ingredients – that is aborted foetuses, preferably male, looks back to the heyday of Category III. In her role of the chef of these delicious delicacies, which promise youth and vitality, ‘Auntie’ Mei, Bai Ling is exceptional (perhaps her best performance to date), as is Meme Tian in the role of Connie, who desperate to keep the years at bay, and her husband from straying, will go to any lengths – including in one of the most shocking final scenes in contemporary horror cinema, aborting and eating her own male child. Along with the strong female performances, the cinematography by Christopher Doyle with its saturated primary colors is nothing sort of exquisite. The tension between post handover Hong Kong and China, as in Peter Chan’s Going Home in the original Three, is signified by the manner in which Chinese traditional medicine becomes a source of horror as enters into a symbiotic relationship with postmodern consumerism in which youth is the ultimate commodity. 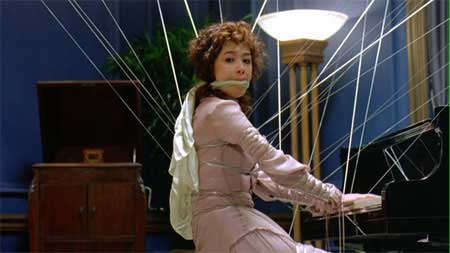 The violence in Park Chan-wook’s Cut is as extreme as it is in Dumplings but in a more clinical and detached way. The postmodern irony in the construction of a horror film about the effects of violence on the viewer, in which the protagonist is a film director (Lee Byung-hun) and the antagonist a fan (Im Won-hee), is par for the course for Park Chan-wook: one of the original Directors, along with Kim Ki-duk, associated with ‘extreme Asian cinema’. The fact that the inside of the director’s house where the action takes place is constructed like a giant film set, and in fact, mimics the earlier set of the director’s latest film, draws our attention to the meta-textuality of the filmic discourse, as does the fact that the floor is patterned with white and black squares like a giant chess board. The mise-en-scene of female suffering in which the wife (Hye-jeong Kang) is tied up with strands of wire hanging down from the ceiling to her beloved piano is a sadomasochistic (male) fantasy that would be equally at home in a Japanese pink film. Cracks in the domestic of the bourgeois family are gradually revealed as the wife’s fingers function as bargaining chips between director and fan. However it is class rather than family that is Park Chan-wook’s real target here as demonstrated by the fact that the fan dislikes the director because he is too nice and blames this on the fact that the director was born into the privileged classes and never had to struggle for anything. This can be seen as a social critique on the widening gap between those that have and those that don’t have in contemporary South Korea. The results of such disparity become clear when in his attempt to demonstrate the fact that when people are desperate they will do anything, the fan not only ensures his own demise but also ensures the transformation of the director from hero to monster. 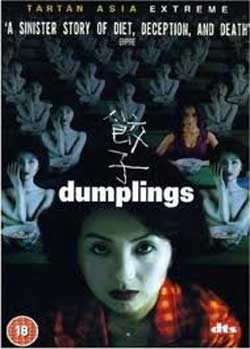 With Takashi Miike’s Box, the definition of monstrosity is much more ambiguous. We are given a surrealistic, nightmarish vision that questions the very foundations of reality and access to an objective past unfettered by subjective experience. Twins as perhaps the most precise form of doppelganger are rich fodder for horror cinema, the doubleness of the self allowing the expression of anxieties over death and the loss of self which is signified when the subject meets their identical double as in Poe’s ‘William Wilson’ (1840). In Box, Kyoko (Kyoko Hasegawa), is an author who is haunted by her past, is a twin or even perhaps a Siamese twin, and suffers from traumatic flashbacks of life in a travellng circus where she performed with her twin, Shoko, as contortionists in their father’s magic act. 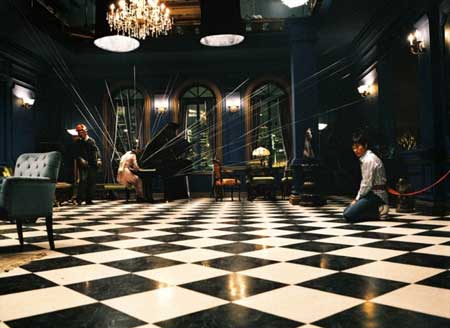 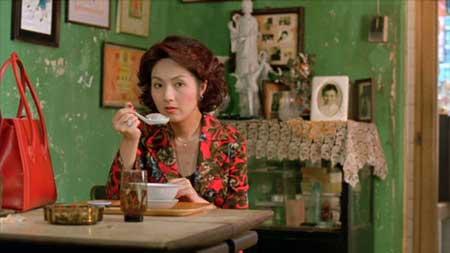 The horrific accident, brought on by Kyoko’s jealousy towards the incestuous relationship between the ‘father’, Higata, and Shoko, separates the physical but not spiritual bond between the twins. And Shoko continues to haunt Kyoko in the present. Having said this, the way in which the film is structured beginning as it does with the adult Kyoko being suffocated and buried in a box, and the end scene of Kyoko and Shoko as Siamese twins, functions to subvert any such easy interpretation. Is this a dream? if so, whose dream? did the past really happen or is it a fantasy? or perhaps a metaphor for the oppressive treatment of women by patriarchy? The beautiful color palate in which warm reds (the past) contrast to cold blues (the present) and the minimal use of music, creates a stunning piece of horror cinema whose obtuseness only adds to its beauty. Box then is undoubtedly one of Miike’s finest hours and a demonstrative example why he continues to be one of the most important and exciting contemporary Directors.

In Three Extremes, extreme violence has never been so beautiful or expertly crafted. Without doubt, this is a film that should have pride of place in any horror aficionado’s collection.