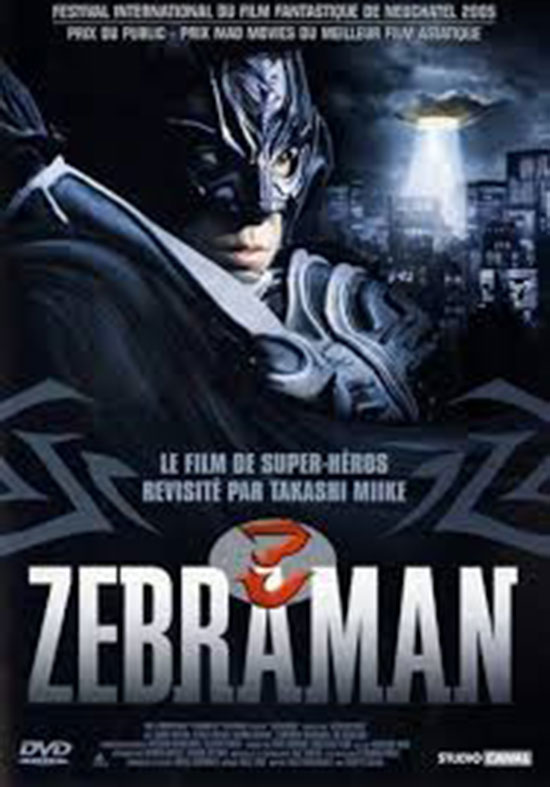 A down-and-out school teacher receives the calling to become the real life personification of an old television superhero, Zebraman.

The image that opens Zebraman is a lady sitting in a hair drying machine in what appears to be the sidewalk outside of a bathhouse, when suddenly, a zebra walks by. The text on the screen reads “anything goes.” This is a shot that screams Takashi Miike so loudly that it should be his production logo. Alas, Zebraman never really lives up to the weird promises of its opening shot, instead telling a fairly straightforward superhero farce. 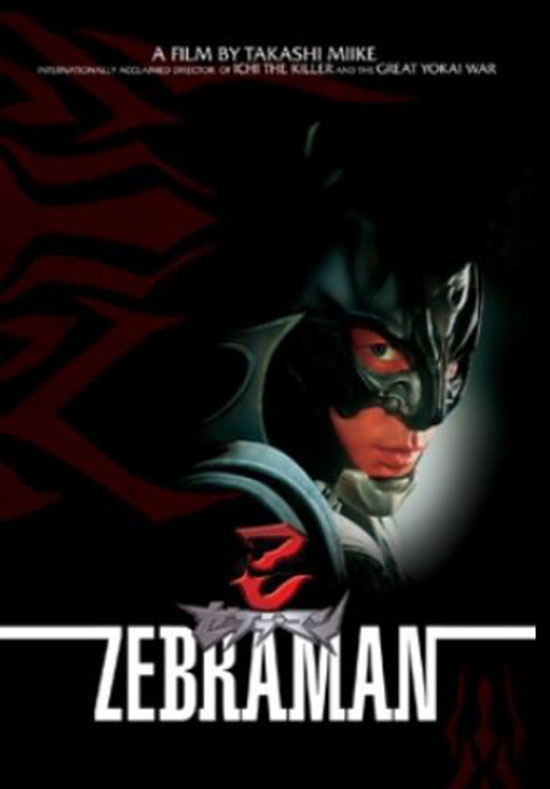 Zebraman takes place in the not-so-far-off future Japan where mutant fish are being pulled from the water while violent crime and rape is rampant on land. The movie plays out like a combination of Super (with less of a mean spirit) and American Beauty (without the pervy motivations) where a mild mannered family man finds himself in donning a costume and fighting crime in this mad dystopia.

Ichikawa is an elementary school teacher by day and a fanboy by night, meticulously building a costume in homage to a character from an obscure television show from the 1970’s, “Zebraman.” Ichikawa feels empowered by the costume but he lacks the confidence to have anyone see him in it, until he finds a fellow fan in a new student Asano and the two become friends (along with the kid’s pretty widow mother.) Meanwhile, a couple of MIB types are holed up in a grubby apartment monitoring alien activity, which they believe is responsible for strange goings on and a string of murders, the only connection being a mysterious green goo. It is revealed that the motherload of goo is hiding beneath the floorboards of the school gymnasium, and it’s breeding. These plots eventually crash together when Ichikawa discovers a pile of Zebraman manuscripts that describe recent strange occurrences, and he realizes that the aliens have been using old episodes of the television show as a basis for their evil plots to undo humanity. Despite all odds, only Zebraman himself can stop the alien menace. 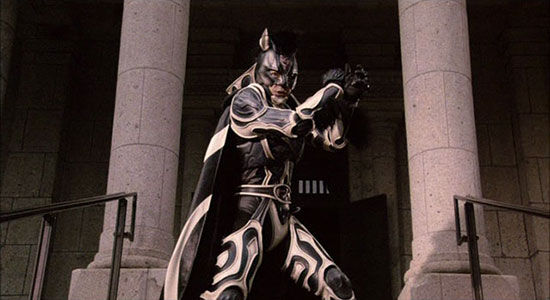 I am a fan of Takashi Miike’s work, but the camera moevement in Zebraman lacks the energy I believe the film is trying to convey. For all intents and purposes, this is a fun inverse of a comic book story, and there are brief moments where it really feels like the romp it’s meant to be. But other moments that feel like they’re supposed to be comedy lack any punch, or worse, bounce off in the complete opposite direction. For instance, there is a scene near the climax where Ichikawa reveals his alter ego to Asano’s mother, and the whole thing is shot with all the stoic drama of a man confessing a gay love affair to his wife. There are many scenes that are shot from the other room or just a still image of two actors and a whole lotta wall. It’s sometimes distractingly amateur and often stilts the campy tone that the film is attempting to portray.

The movie seems to reserve its energy for when Zebraman dons his cape, especially in the reenactments of the old TV show. The show is categorized as tokusatsu, or what I like to call “Power Rangers style”: heavy costumes, cheesy special effects, and lots of backflips. Miike is definitely a fan of these shows, as these are the parts of the movie that have the most care and effort put into them. The snappy film style and exaggerated action is instantly recognizable and taps into most of our childhoods, and offers that wacky weirdness the rest of the film is thirsty for. If I remember nothing else from this movie, it will be the scene where Zebraman defeats the Crabman (with the assistance of Zebrawoman) and the whole family celebrates, laughing merrily as they feast on a huge crab dinner. It’s ridiculous and hilarious and sadly there’s not enough of that silliness in the rest of the movie (until the final moments of the climactic battle scene, which I’m getting to). 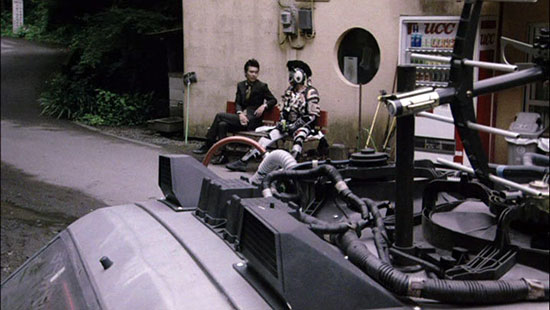 The end plays out as you might expect, where Ichikawa must gather the confidence to put on the suit and fight the monster, and when he finally does he is met with near defeat. But, much like a Sailor Moon season finale, he rises up from the edge of death with revitalized strength and a sweet new outfit. Zebraman squares off against the giant alien goo boss and the killing blow comes in a spectacular display that only Miike could conjure: Zebraman turns into an actual zebra with wings (Zebrasus? Pegzabra?) and blasts a laser beam into the alien’s forehead in the shape of a giant Z. It is truly spectacular. 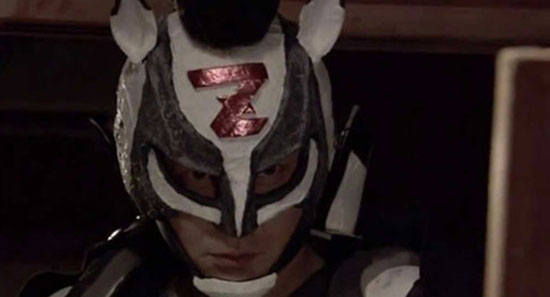 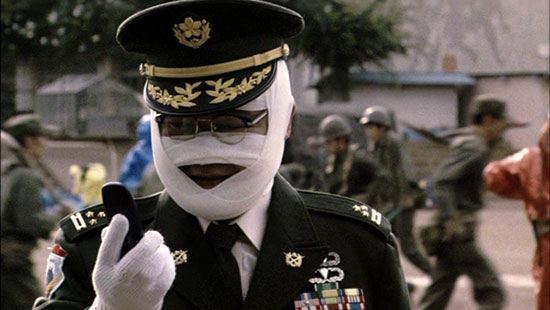 While not quite the zany romp it appears to be, Zebraman is a fun little movie with a soft heart. It’s Miike’s stab at a family film and for the most part it works as just that, a harmless superhero movie with a sci fi twist. If you can handle Miike’s love for a two-hour runtime, there are weird rewards to be found in this mostly mellow action film.