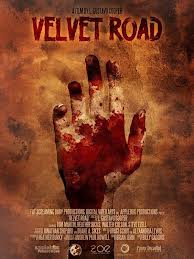 Velvet Road takes place in a time when segregation in the south plagues the souls of men. The color of a man’s skin becomes a symbol for the dead. Hatred is passed through men like a disease. Little is known about what is causing the infection. Ignorance fuels the misconceptions and bigotry.

A truck races down the road of a small backwoods town. Bobby squeezes the wheel as he tries to save the infected mother of his child. Little does he know, that their fate will fall into his hands.

Whilst this short film (directed by L. Gustavo Cooper) is most definitely within the horror genre, there is such a delicate balance between violence and emotion here that few movies manage to achieve. This contrast is also reflected in the night and day scenes, giving a harsh juxtaposition of lighting to emphasize the differing nature of the situations. Velvet Road features just the right timings as far as present day and flashbacks are concerned, allowing the viewer to slowly figure out the story for themselves – something which most people get a kick out of!

Opening with some beautiful imagery, smooth camerawork and excellent cinematography, there are a series of close up shots of seemingly mundane things. This is complimented by a news report voice over talking about sinister events, with the word ‘infection’ used. We all know what this means. Ever since early zombie movies, horror fans have learned to associate ‘infection’ with imminent zombie apocalypse. The visuals and the audio together create an odd sensation in the viewer, the knowledge that all that is considered normal is very soon going to be subject to a rather sinister, unstoppable event.

From here, we are taken immediately to Bobby, who wakes up from a car wreck feeling disorientated, trudging his way along the road to find his wife, Carolyne. She was already infected and he fears the worst, but he soon stumbles across a police car – inside it an infected cop and an unlucky black prisoner handcuffed to the back seat. Bobby has a conundrum on his hands and must decide who to save and who to avoid, but all he really wants is to get his wife back.

Music is another key piece to Velvet Road and I feel like I must dedicate a paragraph to it. The trick with a horror film is to not overdo it with the music, because on many occasions less is more. In Velvet Road, the music is used sparingly which means that it is far more effective at provoking emotion. Even when the diegetic sounds were taken away, there would just be the faintest hint of music, lingering cautiously at the edge of our hearing. There is orchestral music coupled with the zombie violence, creating a wonderful disparity between what we are seeing and what we are hearing.

Ultimately, the dilemma which is faced by the main character in Velvet Road is not a new one – a loved one turning into a zombie. I thought that, considering the incredibly short length of time of the film, it managed to capture enough emotion to be powerful to watch. Just because a concept is unoriginal, doesn’t mean that it can’t be gripping. The zombie make-up was sufficiently scary and they were played just right.
In conclusion, I really enjoyed Velvet Road and thought that it was made to an impressively high standard – matching many feature length films in its execution. I think that this team could quite easily produce an excellent feature length movie themselves given the right storyline. I shall just have to wait and see. 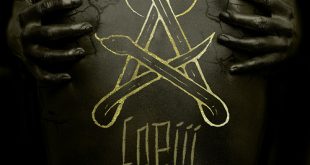