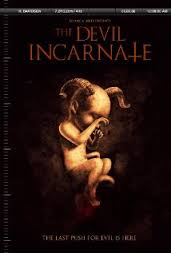 A newlywed couple encounter the remains of an ancient curse, only to reawaken its dark legacy.

Devil’s Due (2014), The Devil Inside (2012), Delivery: The Beast Within (2014)…what do all of these films have in common, besides being found footage films with satanic overtones? I’ll tell you what they all have in common: They all sucked! And I mean they SUCKED BADLY. To be fair, Delivery: The Beast Within had a pretty unexpected & intense ending, but you have to sit through 90 minutes of incredibly boring filmmaking to get to that magic moment. I’m not even going to get into the crimes that both Devil’s Due & The Devil Inside committed…

I know what you’re saying. You’re saying “If these movies are so bad, then why is my lord & master, The Black Saint, even mentioning them?“. Well, it’s to warn you dear acolytes. I wanna make sure that none of you make a mistake and either buy/rent a film called The Devil Incarnate, which presents itself as something of a new twist on themes explored in films like Rosemary’s Baby (1968). But in reality, it’s just the latest in a long line of crappy films (like the aforementioned ones) with either “Devil” in the title, some snazzy cover art or a combination of the two that’s meant to make the movie look scary.

There really ought to be a law against foisting shams such as this onto an unsuspecting public. 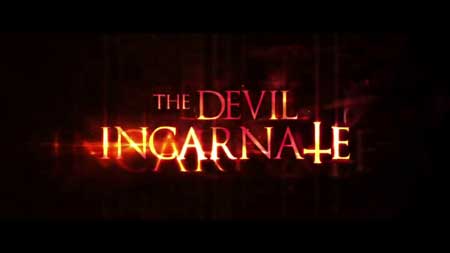 But what about the movie you ask? Newlyweds Holly and Trevor Davidson (Graci Carli & Rod Luzzi) are driving to Florida for their honeymoon. All is well and the couple are obviously in love with each other as they mosey on down I95 to begin their lives as husband & wife. They decide to make a stop at one of the numerous tourist traps that line the interstate and get their fortunes told, actually its Holly who wants to get her fortune told – Trevor can’t because he’s videotaping the whole trip (found footage, remember?). Anyhoo, they stop off at Cassadaga (which seems to be the happening place for getting your palm read). But after bombing out on their first try, they stumble upon a homeless man who tells them to go to a woman named Vjestica (Barbara Van Fleet). Now exactly why anyone would ask a creepy looking homeless man if he knew of any good psychics in the neighborhood is beyond me, but what do I know? 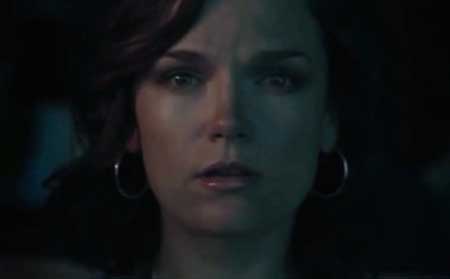 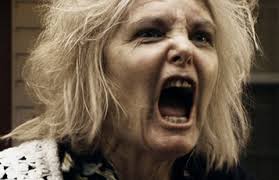 The reading with Vjestica doesn’t go very well either, with Holly running from the house in a panic after Vjestica screams bloody murder at her and chases her out. Later on that evening, Holly starts hemorrhaging badly and when she’s rushed to the hospital, she’s told that she’s pregnant. This comes as a pleasant surprise to both Holly & Trevor, it’s such a pleasant surprise that they both immediately forget about why she’s in the hospital in the first place (But then again, so does the doctor. So I guess its not that big of a deal). And as is the norm for movies like this, Holly immediately starts acting really weird after they get back on the road and continue their trip to Florida, where Trevor’s family is waiting for them. Once there, Holly grabs her father in law’s crotch in a seductive manner, makes out with Trevor’s younger sister (Who happens to be gay & attracted to Holly) & attacks her aunt, who surprised her at her baby shower.

Directly after the make out session with Trevor’s sister, Marissa (Emily Rogers), Holly starts speaking in a weird language that frightens Marissa so much that she tells Trevor all about it. She also convinces him that maybe something happened to Holly during that visit to Vjestica’s house in Cassadaga, so the two of them drive back there to confront her, but once they arrive they find that Vjestica is gone (and so is her house). But luckily for them, they run into the same weird looking homeless man that directed them to Vjestica’s house in the first place! And guess what? They enlist his help in trying to find out what’s really wrong with Holly! Now exactly why anyone would ask a creepy looking homeless guy for help with trying to find out if their spouse is possessed is beyond me. But once again, what do I know?

I’m not gonna waste any more time trying to describe what happens from this point on. Suffice it to say that if you’ve seen any goddamned found footage films with “Devil” in the title, you already know what’s happening here. There are good performances to be found here, but there isn’t an actor alive who could make drivel like The Devil Incarnate interesting or exciting. Directed/co-written by L. Gustavo Cooper, The Devil Incarnate is an exercise in tedium with nary a thrill, chill or fright to be found. It lurches from scene to scene, doing absolutely nothing worth mentioning. It’s dull, ugly & insipid.

But it got made! And I cannot for the life of me, understand how stuff like this still gets produced nowadays. Who read this script and decided “The world NEEDS to see this“? Who funded this crapfest? Who’s gonna rent/buy it after reading this review? Movies like this can’t be turning a profit, can they? Because if they are, that only means that more of them will be made. And that means that I’ll be finding more of them in my mailbox.

My mind reels at the thought of that…

The Devil Incarnate – Zero out of five shrouds.

The Devil Incarnate will be available on DVD/Digital download on October 7th from RLJ/Image Entertainment. 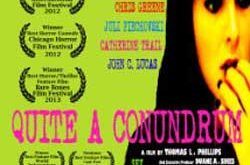 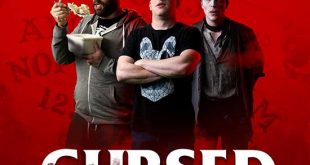 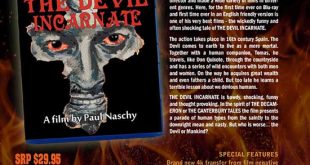 Mondo Macabro’s May Release of The Devil Incarnate