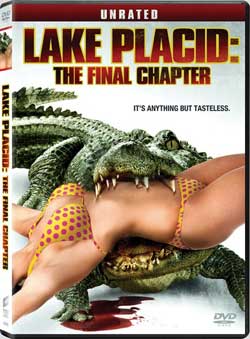 Sequel follows Jim Bickerman, a poacher who discovers that his local lake is inhabited by man-eating crocodiles.

Were it not for my gig here at our happy home that is HorrorNews and the immortality it affords my inconsequential opinions, the drunken late-night Facebook conversation I’d have with my buddy Timmy concerning “Lake Placid: The Final Chapter” would most likely go something like this: 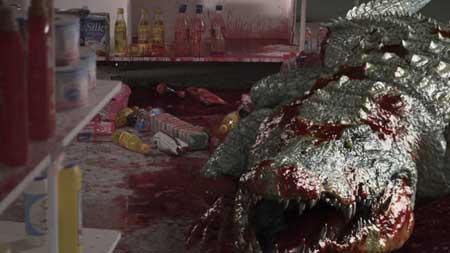 Me: Hey, saw the fourth “Lake Placid” flick.
Timmy: What was it about?
Me: Giant crocs eating people. It had Yancy Butler.
Timmy: No, you’re thinking of the third one.
Me: I’m pretty sure it was the fourth.  The new one.
Timmy: No, the guy from “Eureka” is in the new one.
Me: Wasn’t he part two? Or am I thinking of Robert Englund?
Timmy: Robert Englund was definitely the third one.
Me: Maybe I did see part three . . . Which one has Michael Ironside?
Timmy: Now you’re talking about the “Starship Troopers” sequel.

This would go on longer than I care to admit.  Though apropos of nothing in relation to the third SyFy Channel produced sequel in the series, these hypothetical messages quite effectively summarize the following 1,000 or so words.  “Final Chapter” is so very interchangeable with the previous incarnations save the original, it almost defies criticism.  If you classify yourself as a monster crocodile fan, you won’t be disappointed in the fourth installment.  If not, you would have to be some sort of sick masochist to even be reading this right now.  Or, perhaps an admirer of my pretentious ramblings, which we all know couldn’t possibly be the case. 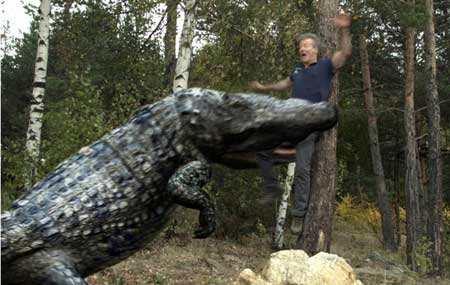 “Lake Placid” was released in 1999 to wretched reviews (solidifying my theory that many critics judge certain movies before the house lights are even brought down to half) and lukewarm public interest.  Despite these odds, it became one the more popular cult hits of the decade, and with good reason.  The casting choices were ingenious, the dialogue razor-sharp, and everyone involved looked to be having the times of their lives taking not one moment of screen time seriously.  It was infectious fun, despite boggling zoological misinformation and a display of sub-par CGI effects. 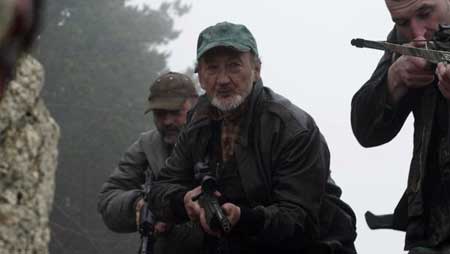 Did someone utter the magic words “Sub-par CGI?”  Enter SyFy eight years after to pick up where the first left off, for all seven people in the known universe who actually remembered where the first had left off from.  The sequels, though all making attempts to mirror the cheeky atmosphere of their inspiration, have predominately been the same bored retread, just regurgitated with different genre performers chewing scenery as the crocs chewed various human limbs.  I’ve stated before that I remain a closeted SyFy Original viewer, but the production company’s takes on previously established franchises such as “Return of the Living Dead” have historically been the channel’s poorest offerings.  When blessed with the added marketability of name recognition, the absolute minimal effort necessary is where the bar is set for these films.  “Final Chapter” is no exception. 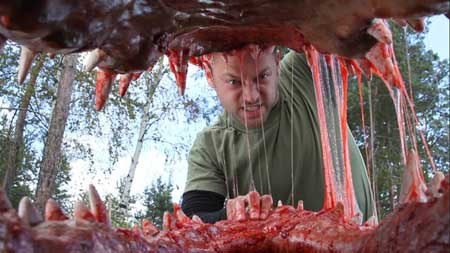 Beginning where part three left us hanging, we discover that surly poacher Reba Butler (Yancy Butler, television’s “Witchblade” and more recently “Kick-Ass”) survived the finale’s brutal attack with little more than a gnawed shoulder and an angrier disposition towards over-sized reptiles.  Odd, because I seem to recall her injuries being a dash more on the fatal side at the end.  By that, I mean she was definitely dead.  Flash forward a few years later, and Reba is assisting the Fish and Game Preserve whilst they build an electrified “Jurassic Park” fence around Black Lake, turning it into a nature preserve to keep the pesky crocs at bay and the citizens safe.  How Reba landed her position with a legitimate outfit is never fully explained beyond her declaration, “I’m the only one who knows how to blow these bastards up.”  Fair enough. 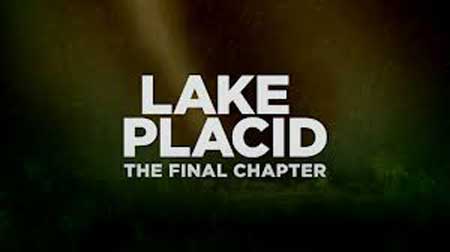 Also introduced at the onset are Sheriff Giove (Elisabeth Rohm, “Heroes”) and Paul Nicholls as Ryan Loflin, who is overseeing the final phases of fence construction.  Loflin’s adult son Max (Benedict Smith), a member of his estranged father’s crew, leaves the entry open and unattended one night when he hears shrieks from an unfortunate band of poachers (led by the always welcome face of Robert Englund) in the surrounding wilderness.  Moments later, a bus full of camping high school seniors, propelled by a driver who takes improper cell phone use while behind the wheel of an automobile to disturbing new levels, enters the protected zone.  Of course, one of the students is none other than the Sheriff’s daughter Chloe, portrayed by Poppy Lee Friar with the inherent charm of Laura Dern from back in her “No, I’m not Helen Hunt” years.  You’d think at least one of these people would have noticed that they unwittingly passed through a massive fence, or perhaps even that they’re at the wrong damn lake.  Their ignorance soon loses its blissful appeal when the first teen is bitten in half before their eyes, sending everyone scrambling into the woods, divided into horror film factions so obvious in relaying the order of demise, all participants might as well be wearing numbers on their backs.  It would certainly make it easier to tell most of them apart, should one care to do so. 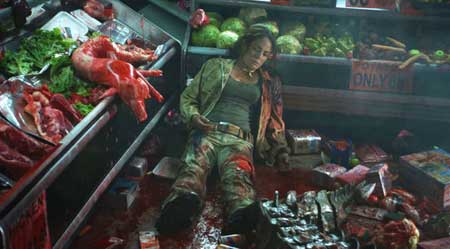 The performances are actually above the usual SyFy fare, and a few members of the large cast manage to create more than the stilted dialogue and zero character development allow for.  Butler somehow pulls off the presumably impossible task of overacting even more shamelessly here than in part three, but to her defense, she wasn’t squaring off against Freddy Krueger himself in the previous entry.  Englund has chiseled such a wonderful career that despite my distaste for the “art” of acting (or as I refer to it, glorified court jestering), I find myself thinking “Man, I wish I had that guy’s job” over and over when he crops up in rubbish.  Here, however, he is pushing him hammy screen persona to relentless proportions.  For the first time in my life, I confess to my despair that his shtick has worn on me.

The production is handled as to be expected from SyFy on the technical level, with only a few fleeting moments of visual flair brought to the table by director Don Michael Paul, best known for unmemorable stinkers such as “Half Past Dead” and “Who’s Your Caddy?”  The gore is built up to nicely, and plentiful once the human smorgasbord is laid out for our crocs.  Plus, you will most certainly see a few topless females throughout the journey.  For some, these simple aspects will be more than enough to put “Lake Placid: The Final Chapter” atop their feverishly scrawled must-see lists.  Color me jaded, but I require a little extra from my giant crocodile flick.  As long as Betty White is still working, shouldn’t we all? 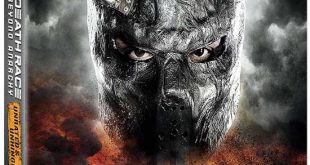 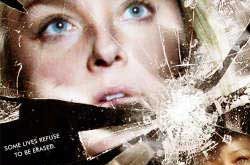