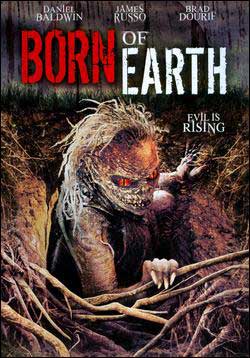 Over centuries humans have been mysteriously disappearing with no explanations, just hushed whispers in the dark. On the surface Prophet Hills seems like a perfect place to live and raise a family, but Danny Kessler (Baldwin) has seen better days. This is one man’s journey to find the culprit of the ultimate sacrifice he’s endured. He must face his demons and go back to the place that has haunted him. He must convince family, friends and townspeople that something is not right in Prophet Hills. He must make them believe that something evil is living beneath their own backyards.

Daniel Baldwin, former celebrity rehabber, multiple arresttee and “fat guy” member of the ever evolving Hollywood family freak show known as the Baldwin brothers, stars in “Born of Earth” as a man named…Daniel. Movie Daniel lives in a small town called Prophet Hills , with his far too hot for him wife, and young son and daughter.

One fateful evening, hottie wife spies a group of people dressed in Halloween costumes..er, I mean, “demons” on the front lawn. Proving that looks and brains don’t always go together, she decides to investigate all by her lonesome. Sadly, yet predictably, she is attacked by one of the demons, and covered in fake blood…er, um, I mean, slaughtered horribly. 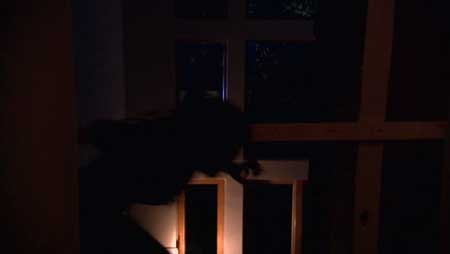 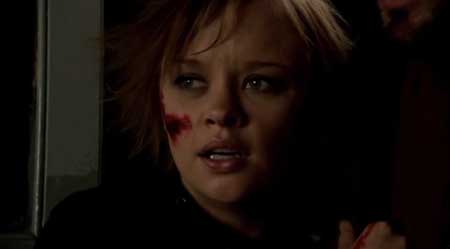 Daniel arrives on the scene far too late, and not only finds his wifes carcass on the kitchen floor, he also witnesses the demon people steal his children by pulling them into the ground.

Five years later, after spending time as a rambling man, Daniel returns to Prophet Hills with a beard and chip on his shoulder. He’s determined, I tell you what, to find out what those “things” are, and he’s not alone…several other parents report children missing under similar odd circumstances.

Firstly, Daniel tracks down a man who has written a book on the topic…in fact, he’s an expert on it. An expert on what, exactly?, you may wonder…well…thats never really explained. Despite the fact that the man authored a fairly lengthy looking book, his conversations with Daniel about the child stealing lawn “things” fails to give much insight into what that hell is going on. 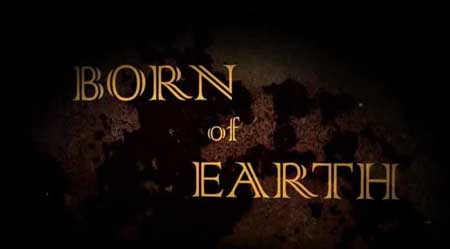 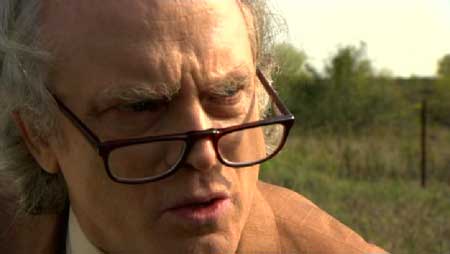 Oh, but the mayor and sheriff are on to Daniel, and track him down and rough him up, shake him down for what he knows about the lawn things…

Does any of this make sense? Or is it all too head spinningly bizarre and disjointed to follow? These are questions you would likely be asking whilst watching this film, which has a plot line that reads like someone really stoned on weed trying to relay the plot of a cheap fantasy novel they once read. 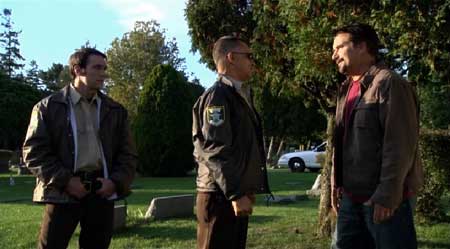 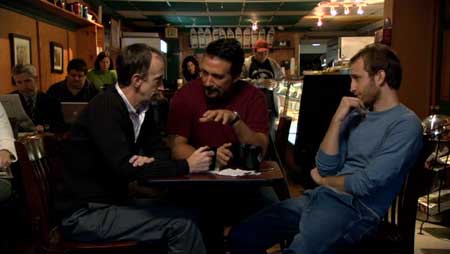 Don’t get me wrong- “Born of Earth” is highly entertaining. It’s just not entertaining in the way I suspect the film makers wanted it to be. From the acting to the SFX, even the props (the “new release” book about the lawn things expert looks strangely like a Danielle Steel hardback that got left at the cottage in 1978) are subpar. It is the epitome of “so bad its good”.

Daniel Baldwin is especially funny trying to pull off a “tough guy” role.

The one odd bright spot in this cinema murk comes from the casting of none other than Brad Dourif in the role of the evil Mayor. Despite being unfortunately costumed in a terribly ill fitting suit in a color that can only be described as “baby shit brown”, Dourif manages, as usual, to make his performance nuanced and his badly written dialogue actually believable. 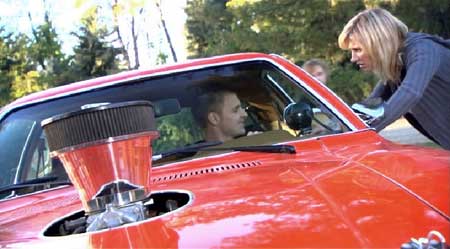 The problem, of course, with an unintentionally funny film is that ultimately, its pretty impossible to invest in the actual plot. While it was funny, I was glad when it was over, and not only will not watch it again or recommend it, I probably won’t even remember it in about a week or two.

It’s not good enough to reach its assumed original objective of being a kick ass sci fi/action/horror movie, but too bad to gain a cult following. Where does that leave it? I’m sorry to say it, but, if this is what you got sober for, Daniel Baldwin, you should have stayed in rehab.