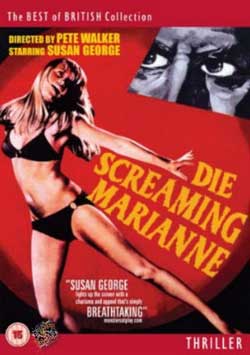 Marianne, following the sudden death of her mother, stands to inherit the family fortune, along with several documents that could incriminate her corrupt judge of a father. Now, her sister and her father both want their hands on Marianne’s inheritance and they’ll stop at nothing, even murder, to get it!

After a successful stint in the sexploitation genre, Pete Walker made his first foray into the horror realm with 1971’s Die Screaming, Marianne. Classifying it as a horror film is a stretch, but it’s at least a step in the genre’s direction. A thriller that lacks thrills, it’s a classic example of a work being superseded by its title. The intriguing name is one that commands attention. Unfortunately, the same cannot be said about the movie. (Perhaps Die Yawning, Audience would have been more appropriate.) 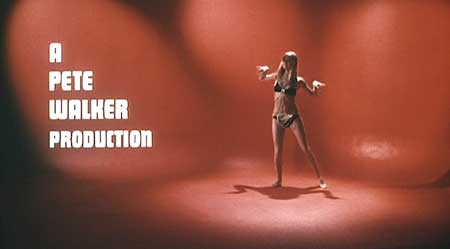 The relationship between Marianne (Susan George, Straw Dogs) and Sebastian (Christopher Sandford) is as strange as they come. Their chance meeting occurs when Sebastian almost hits dancer-on-the-run Marianne with his car. After two weeks together, Sebastian, with the assistance of his friend, Eli (Barry Evans), essentially forces the reluctant Marianne to get married. Marianne is uncomfortable with the situation and, after the awkward ceremony, leads the officiant to believe that she wed Eli rather than Sebastian. Although they initially plan to get an annulment, Marianne and Eli fall for one another. 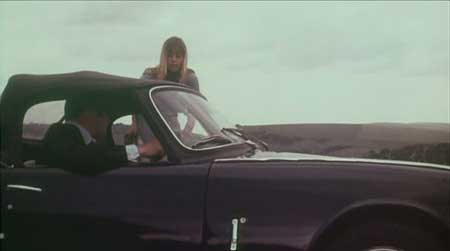 Sebastian’s ulterior motive turns out to lie in Marianne’s worth. Her wicked stepsister, Hildegarde (Judy Huxtable), wants a cut of the fortune Marianne’s mother left to her, while her former judge father (Leo Genn, Moby Dick) is concerned with the incriminating files that accompany the inheritance. They pay off Sebastian to lead the couple from the UK to their waterfront estate in Portugal for a dysfunctional family reunion of sorts. 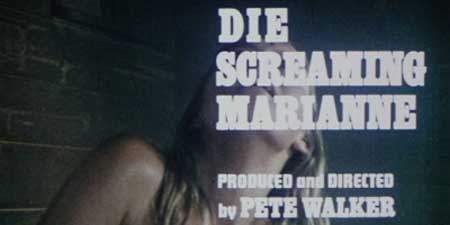 The story’s convoluted, soap opera-esque melodrama is mired in trivial subplots. Take Sebastian, for example. Although a main character, his elimination from the script (written by Murray Smith) would have been inconsequential, if not beneficial. Marianne could have been rescued by Eli in the beginning, while her father and stepsister still could have been after her. This also would have removed a bit of the film’s too-convenient moments. Despite (or, perhaps, because of) the nearly-incomprehensible plot, the picture remains slow moving. 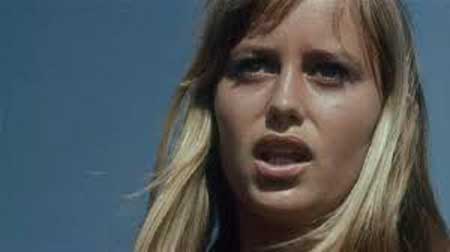 Die Screaming, Marianne is now available on Blu-ray in the Pete Walker Collection from Redemption Films. Unlike the other three movies in the set – House of Whipcord, Schizo and The Comeback – it does not include an interview with Walker about the film. Instead, it contains a featurette entitled An Eye for Terror Part 1 (with no mention of Part 2 – hopefully we’ll get another set in the future), in which Walker discusses the trails and tribulations of making low budget pictures. The saddest part is that he has no intention of working in the industry again. A commentary track by Walker, which is more entertaining than the movie, is also included. 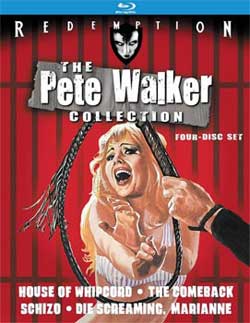 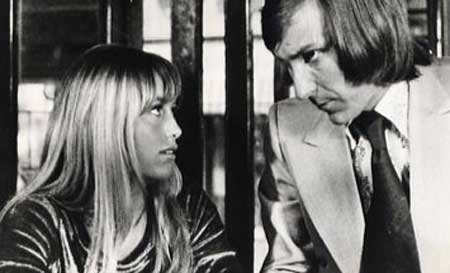 Die Screaming, Marianne is one of Walker’s weakest efforts, no doubt, but it’s not without its merits. Like most of his work, the picture is nice to look at, particularly the scenic Portuguese coast. The lovely George also flaunts herself while dancing in a bikini. And, if nothing else, the movie was worthwhile in that it lead Walker down the path to horror filmmaking, where he spent the majority of his career and made a name for himself as a minor cult icon. 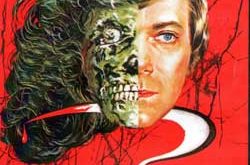