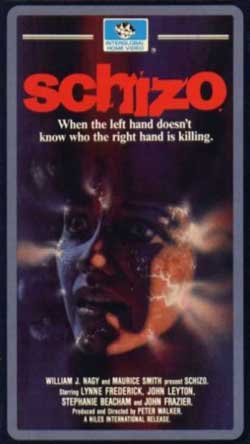 A little girl watches helplessly as she is the sole witness to her mother’s murder. Years later, that little girl has grown into the beautiful skating star Samantha Gray (Lynne Frederick). But after her wedding announcement is published in the local newspaper, a man who becomes more and more obsessed with her begins turning up everywhere she goes. Samantha’s fear mounts as one by one her friends are murdered, and she becomes convinced that the stalker is no stranger! this suspenseful horror thriller was one of the early slasher films, rich with gore, an intriguing story, scenes reminiscent of Psycho and a twist ending considered so frightening that squeamish theater patrons were promised free smelling salts if they fainted!

A slew of imitators came into fruition in the years that followed the smashing success of Psycho in 1960. But it didn’t stop there; its influence would be felt for decades to come and remains relevant to this day. None of them topped Alfred Hitchcock’s seminal work, but there have been a few noteworthy efforts. 1972’s Schizo was an admirable attempt by British filmmaker Pete Walker, who paid homage to the classic without directly imitating it. 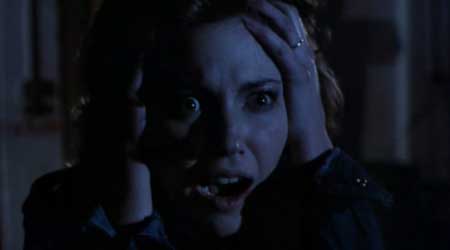 While Schizo is not a Psycho ripoff, the film’s influence on David McGillivray’s script is obvious. Like Psycho, Schizo concerns a murderer, involves maternal issues, features a memorable shower scene and ends with a twist (albeit a predictable one). Walker is known for his exploitation work, and as such Schizo features considerably more gore and eroticism, but it’s still a Hitchcockian thriller at heart.

Samantha (Lynne Frederick, Vampire Circus) should be on top of the world. She’s a beautiful ice skater who recently married her husband, Alan Falcone (John Layton). But the honeymoon ends before it begins when a madman by the name of William Haskins (Jack Watson, Peeping Tom) begins stalking Samantha and leaving bodies in his wake. Haskins’ connection to Samantha proves to be deeper than that of a mere crazed fan. 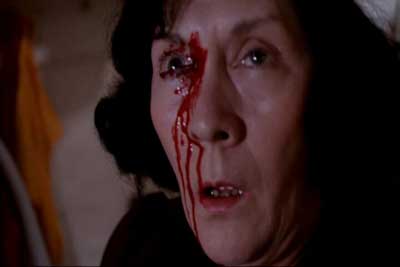 Although never uninteresting, the 109-minute run time feels bloated. After the first act spends time with the killer, the film shifts focus to Samantha. It follows the thriller trope of no one around her believing that someone is after her. This would have been more psychologically effective had the audience not been made aware of the killer’s definite existence. Instead, it’s only the characters – her husband, her psychiatrist (John Fraser, Repulsion), her friend (Stephanie Beacham, Dracula A.D. 1972), the police – who dismiss her claim. This execution adds nothing to the story except frustration. 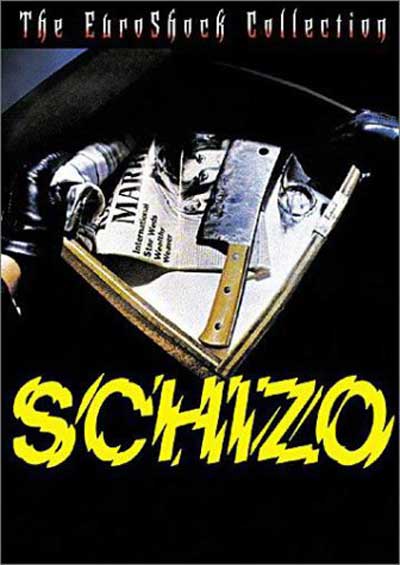 Frederick is charming as the leading lady, but it’s Watson who steals the show. His portrayal of William Haskins is downright menacing. Despite being largely silent, the character feels real and thus threatening. There’s also a notably creepy seance scene that was likely influenced by The Exorcist. The film’s downfall is its ending, which is given away by the title. Even if you don’t guess it before pressing play, the way the film plays out makes it obvious long before the reveal. 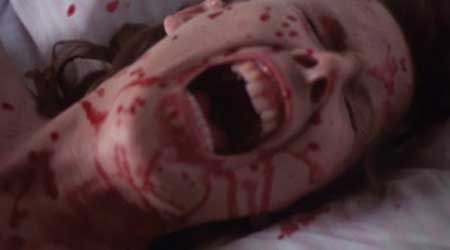 Schizo is now on Blu-ray in its uncut form as part of Redemption Films’ The Pete Walker Collection, alongside House of Whipcord, Die Screaming, Marianne, and The Comeback. (It’s also available as a standalone DVD.) The picture is satisfying in high definition, complete with the appropriate grain. The audio is clear with the exception of the occasional background noise making dialogue slightly difficult to decipher. Unfortunately, there are no subtitles either. Included is a 12-minute interview with Walker, who accepts the film’s shortcomings but remains proud. 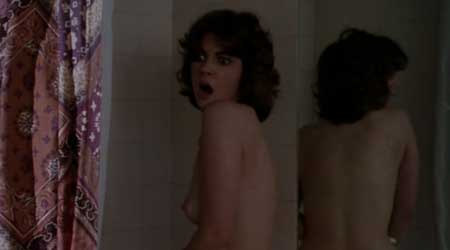 Schizo is not nearly as suspenseful as Hitchcock’s work – although it’s not devoid of tension either – but the real selling point is its visceral nature. Reminiscent of the Italian Giallo films of the same era, the death scenes are equally nasty and stylish (and there’s even an eyeball spear). While Schizo may not be Walker’s best work, it’s worth watching, particularly in glorious high definition. 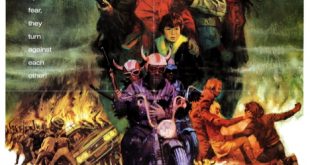 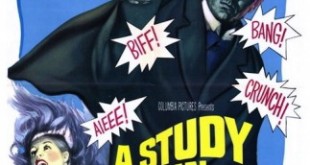