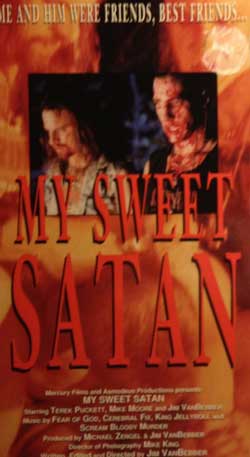 A group of directionless, bored, drug-using teenagers get involved in a cult, resulting in a murder.

This 18 minute horror short begins as Ricky Kasslin (Jim Van Bebber) is seen committing suicide by hanging himself in prison. His devotion to Satan might have been extreme, but much of “that” was also in his head. As a self proclaimed worshiper and drug user, he often refers to himself as “the Acid King”. 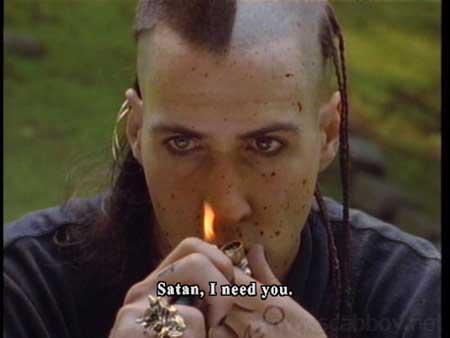 Living in the streets in the town of Dayton Ohio, Ricky is constantly surrounded by “like” friends who often gather to party, indulge in “hate” conversations and pretend that they have “any” new ideas on life. Ricky is often seen with his best friend Jimmy Thompson (Terek Puckett) of whom only helps him indulge into the evils of the world.

A newcomer kid by the name of Gary Larsen (Mike Moore) makes his way into this small circle (who apparently does so mostly for the free drugs and the motley-minded company). Though at a party, when Ricky is “thought” to be passed out, Gary grabs $96 out of Ricky’s pocket (Ricky was not as passed out as Gary thought). 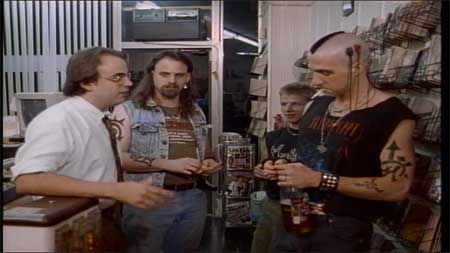 The short “My Sweet Satan” which is a creation from the mind of Jim Van Bebber (then very young) also stars in lead role. “My Sweet Satan” is one of Van Bebber’s more nastier shorts that besides dealing with the woes of drug use and Satan worshipping ends on an extremely violent note.

A scene which has Ricky and his friend Jimmy confronting Gary over his betrayal and theft, culminate into the 2 of them prompting Gary to use his clothes to keep their campfire burning. The 3 of them (who are all high on dope) descend upon Gary with some serious wrath that involves repeat stabbings and the finale of Gary’s head being kicked into a bloody mess. 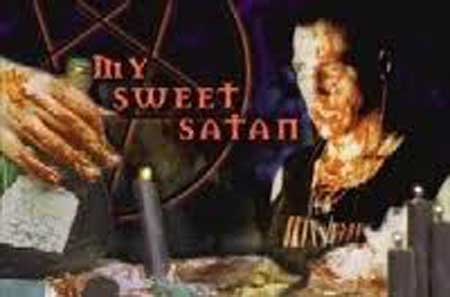 “My Sweet Satan” doesn’t need to be a feature length to illustrate the impact that a few memorable scenes leave in your head. One of the shoe-in selections for extreme horror, this 1994 short is often mentioned as a primary contender. One thing is for sure, creator Jim Van Bebber has left us a statement about extreme violence whether Satan was around to influence it or not. 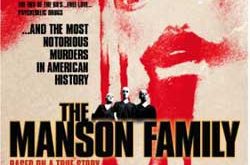 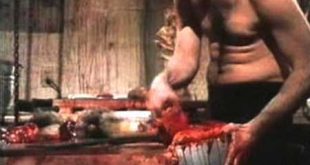