John Martin stays at home a lot watching TV and eating of the bountiful harvest from the roads. He only goes out when he needs more supplies, and he doesn’t always limit himself to roadkill

This short wastes no time in getting into the demented life of a deranged cannibal. John Martin lives in filth. His house is littered with the intestinal remains of various road creatures he has feasted on. This is apparent as rats crawl around, beer bottles are cast about, and his slaughterhouse of a domain is shown to viewers.

We open on Martin hacking away at a table full of intestines and parts with the leftover skins of human faces left stuck on the wall. Martin brings a uncomforatble foundation with his ordinary demeanor that is flipped ironically by his living conditions and road trips (not to mention his actions). 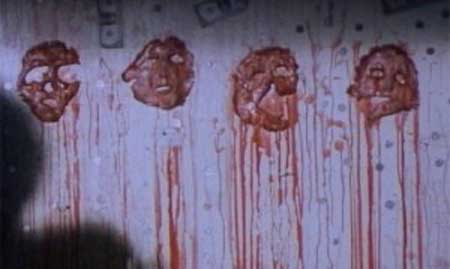 These road trips we “assume” are the basis for finding  dead animals left aside. However we also find that Martin doesn’t mind luring a few stranded motorists with an act of kindness camouflaging his intentions of capturing them and then eating them back home. Chopping away at the boyfriend, the motorist’s girlfriend is made to watch as she wakes up curiously caged. Let’s just say…. When Martin turns up the heat, things get real nasty. 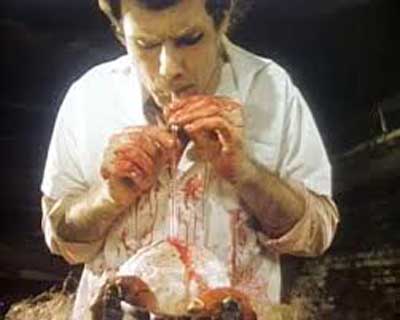 Jim Van Bebber goes right for the guttural with an instant plunge into darkness and absurdity. The short has its lacings of dark comedy which I “think” lie within the seems of the piece. There is not much here that surprises as I assumed even from the start that some of the “guts” laying around were of human origin. Jim Van Bebber demonstrates this dark humor in the expressions of John Martin and his casual approach to eating raw intestines like popcorn. It’s sick stuff that I can guess was even more extreme back in its launch date of 1994. None-the-less, the short provides a great example of extreme horror movie making. 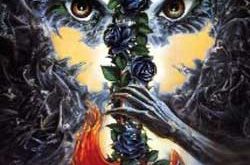