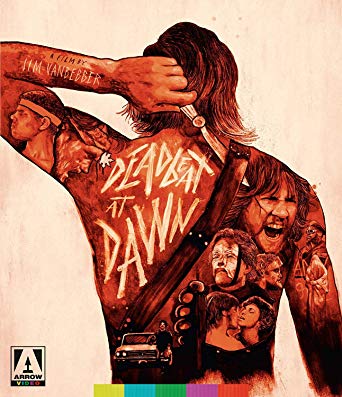 After one too many encounters with The Spiders (a rival gang), The Ravens’ leader’s girlfriend tells him to quit the gang or it’s Splitsville. He does so, but the leader of The Spiders is hellbent on revenge and arranges the murder of the girlfriend. That ticks off the boyfriend, who wreaks havoc with the two gangs, who have joined forces in order to pull off a security truck heist.

The story of making Deadbeat at Dawn is almost as awesome as the story told during the movie Deadbeat at Dawn. Director Jim Van Bebber won a scholarship to go to film school. He went for a year, then took his second year student loan and put it toward making a movie. Over the next four years, and on a budget of around $10,000, Van Bebber busted his butt to make a movie that he wanted to make. He wrote, directed, edited, starred in, designed the effects for, and did his own stunts in a gritty, nihilistic movie set in an Ohio that most folks in the 1980’s would rather pretend didn’t exist. After all was said and done, and years of hard work were put to film, we got Deadbeat at Dawn, not only a cult classic, but the very definition of DIY, independent filmmaking (years later, he’d give us The Manson Family, another instant classic with yet another amazing backstory, but that’s a story for another day). 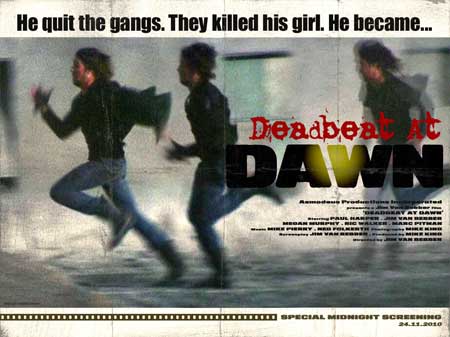 This movie falls into a long line of classics (and not so classics) dealing with urban turmoil, street gangs, crime, drugs, and just how hopeless and disenfranchised large groups of youth really felt in the 1980’s. Honestly, Deadbeat at Dawn belongs in the same conversation as Repo Man, Death Wish, The Warriors, or even Combat Shock. It will remind children of the 80’s of sinking way too many quarters into the Double Dragon video game at the arcade down the street. It is kung-fu, rock n roll, and a no nonsense attitude, all rolled into eighty minutes of action. 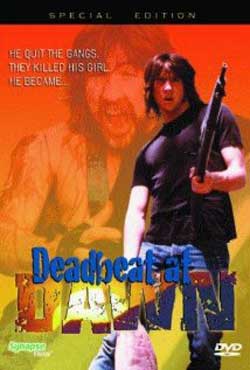 This movie is as much the story of the Ravens against the Spiders as it is the story of Goose (played by Jim Van Bebber) against the world. Goose is the leader of the street gang known as the Ravens, as we learn in an early cemetery knife fight scene between him and Spiders leader Danny (Paul Harper). He is also in love with a girl named Christy (played by Megan Murphy, whose acting resume peaked in popularity with her role as a dancer in the 1979 musical, Hair). While Goose is satisfied practicing his nunchaku in the cemetery and stealing motorcycles, Christy is worried and wants him to quit his gang. At risk of losing his one true love, he does quit, and in doing so finds out that the Spiders and the Ravens have joined forces, an idea that makes him sick inside. But once you’re in, you’re in, and after some Death Wish-esque circumstances arise, Goose finds himself needing to hide out in order to survive. 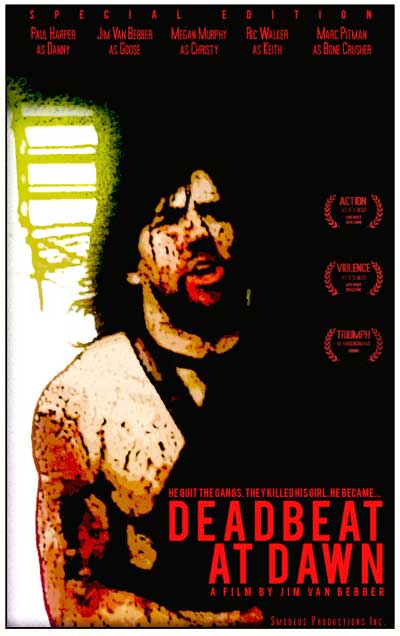 So many crazy things happen, including a golf club attack, an encounter with a paranoid, heroin-addicted relative, and a drunken encounter at the bar that leads to an ejection and a street fight with a man in an alley. Eventually, Goose finds himself at a crossroads – he could end it all and put a stop to his inner turmoil, or he could do something bigger. When the gun is literally pulled from his head by a familiar face, Goose decides to answer the bigger calling and seeks revenge, Bronson style. 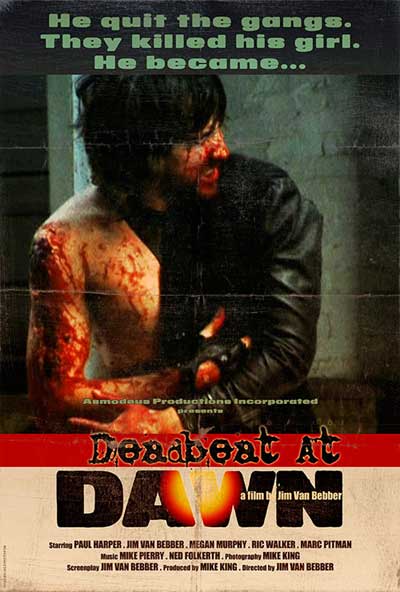 The story that flows through Deadbeat at Dawn is hardly a new one; in fact, we’ve seen it time and time again. But somehow, Van Bebber is able to make the whole movie, from start to finish, seem fresh and exciting. He put every last cent of his budget to the very best use he could, and that shows throughout the movie. Whether it’s the intense, bloody, well choreographed fight scenes, or the gruesome nightmare scenes, or the ultimate revenge showdown, every minute is well filmed and well acted. I keep trying to compare this movie to others, but I do so not as a way to show it as a rip-off, but more to compliment it. Death Wish was a Paramount-made movie with a budget of approximately $3 million, and it featured established Hollywood stars. This was made by a film school drop out and his friends for $10,000 and is every bit as good. 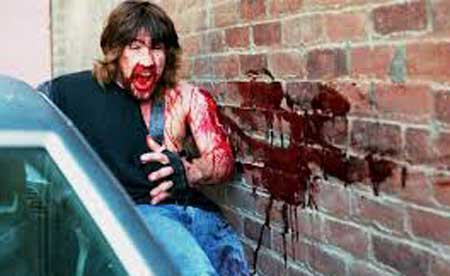 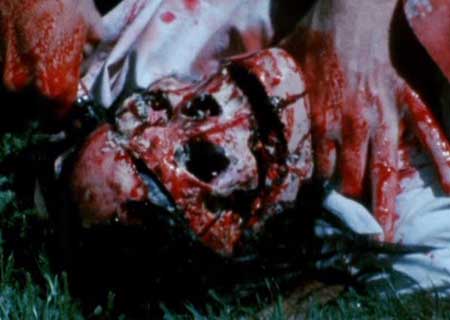 Don’t get me wrong, I love Death Wish, but what I’m saying is that is how good Deadbeat at Dawn is. The fight scenes are amazing, actually a lot bloodier than you imagine they might be, the acting is good, the story is good, the whole movie flows smoothly forward, giving enough story while at the same time keeping a strong pace. If you find Deadbeat at Dawn for sale, just buy it. I don’t care if you haven’t seen it yet, I promise you’ll thank me later. I sincerely hope we get more from Jim Van Bebber soon, because he’s a shining example of how to do things right in this business.

Deadbeat at Dawn (1988) is now available on bluray per MVD