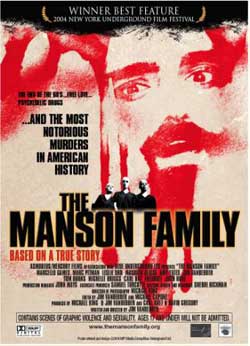 “The Manson Family”, filmed under the title “Charlie’s Family”, is a wild, brutal, shocking, psychedelic, unique experience in film, a sensory overload of mayhem and depravity. It is a film with true power; I was practically in shock after finishing this masterpiece. Unlike other Charles Manson films this one brings us into the belly of the beast, the world of the killers, letting us see what their world was like. Who were the murderers and how did they end up that way? This film doesn’t have all the answers, because real life never does have all the answers. Filmed over a period of fifteen years, we see the characters age before us, during the time of the killings, then over a decade later in faux interviews where they discuss their behavior. It is a phenomenon transformation that must be seen to be believed.

Although Charles Manson is most famous for the Helter Skelter murders at the Tate and LaBianca residences, he actually did not kill anyone and did not participate at all in the Tate killings. He was present at the LaBianca house but only for a short time; he left before his followers killed the couple. The actual killers- Bobby Beausoleil and several others, are relatively unknown and certainly don’t have Charles Manson’s notoriety, yet they were the ones who tortured, shot, hung, bludgeoned, stabbed, choked, and pistol-whipped the victims to death. This film tells their story from their point of view. Juxtaposed against their story is a modern story about a bunch of young nihilistic kids who worship Charles Manson and who end up engaging in acts of extreme violence. The film tells the Manson Family story and also shows its impact on fringe youth subculture in the present, approximately 35 years after the actual killings. Unfortunately, the story line about the kids is not as compelling as the Manson story.

In a style similar to “Natural Born Killers”, director Jim VanBebber uses an intense psychedelic style, treating us to different types of film, so that the modern scenes are high quality while the Manson Family footage is deliberately scratched up and grainy to give it an authentic homemade movie look. The director ran the film through kitty litter to scratch it up. The result is a film that flashes between styles, continually giving us a kaleidoscopic view of the events, and the film unfolds like an acid trip, abducting the viewer and bringing him or her into this world of murder and mayhem.

“The Manson Family” is available as a single disc, containing an edited, rated version that I refuse to see out of principle. It is also available as a double DVD, featuring an uncut director’s cut of the film and a lengthy documentary on the ordeal of bringing this picture to life, as well as many other features. This review is of the uncut version. 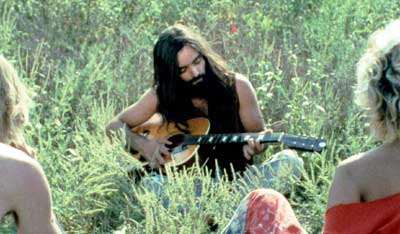 In the uncut version, the only thing left to the imagination is the actual death of Sharon Tate. Although we see her brutalized with the others her death occurs off camera. The murder scenes are unbearably brutal. The Tate murders are a bloody mess, people being shot, stabbed, hung, choked, beaten, cut open. The bodies were found sprawled out all over the house and front lawn, some of the bodies having close to a hundred stab wounds, blood and evidence of chaos everywhere. One of the creepiest parts of the film is one of the killers telling the story to her friend, and stating, almost in a sing-song voice, “Yeah, we just kept stabbing, and stabbing, and stabbing…” as others laugh demonically in the background. The acting is incredible; it is as if we are watching a documentary, taking a voyeuristic look into lives of a killer cult. Most of the film could fool you into thinking it is a real documentary and that there are no actors. At the same time the film is surreal, we see things from the perspectives of young kids dosed on acid, tripping, seeing images of Charles Manson on the cross and other strange visions.

Up until the murders we watch a world of power, control and mind games, nonstop drugs and sex, and a feeling something terrible is about to happen. Other films have examined the motives of Charles Manson; this one examines the lives of the actual killers. The film doesn’t judge, it just takes us into their world so we can see what might have actually happened. 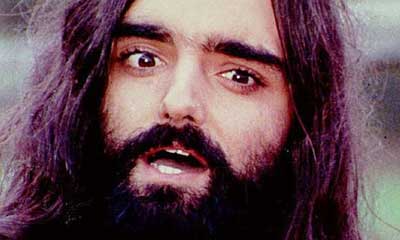 Fifteen years in the making, this film is a masterpiece of violence, brutality and madness spinning out of control, a mind-melting treat for all of the senses, with its constantly moving camera and changing perspectives. The result is a schizophrenic work of art that leaves the viewer helpless against the assault. Fans of true crime films have much to celebrate now that this infamous film has finally been released. In the end, it was worth the wait; the result is a film I could not look away from at any point, even at times when I wanted to cover my eyes.

This is true horror, much more terrifying then some of the true crime films Hollywood has vomited up. This is independent film making at its best and director/writer/star Jim VanBebber (and the entire cast and crew) should be applauded for his vision and persistence. Go get the uncut double DVD, and prepare yourself for an hour and a half of psychedelic violence, sex and murder, of a strange world of beauty and ugliness; peace, love and murder; the depraved inner workings of a cult.

Take a trip into madness, experience this film. 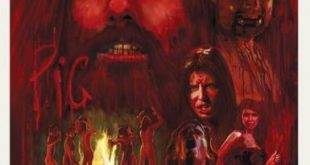 Cult Classic THE MANSON FAMILY Gets The Treatment