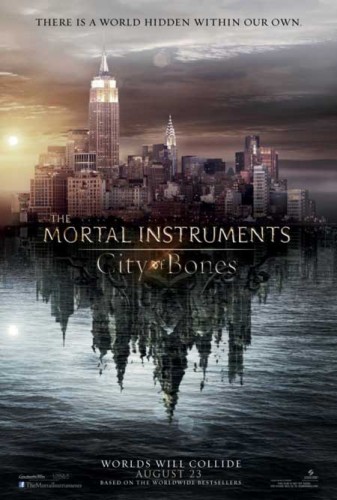 Clary is your typical rebellious teenager struggling to fit in and understand her single mother Isabelle. After a reasonably trivial quarrel one day she flees their humble apartment only to find out she’s disappeared. One bizarre event begins to unfold after the next as Clary realizes there is most definitely something her mother has concealed about their history. In a race against time will Clary be able to find her mother seemingly trapped within worlds and can she trust the band of Shadowhunters that seem to deliver as much havoc as they vie to protect her from?

There is a world hidden within our own.

I recall when this film was well submerged within its marketing strategy of trailers, commercials and posters prior to its theatrical release earlier this year. It seemed it held all the elements to be a potential blockbuster smash. A familiar contemporary formula with a twist can be best described as mysticism meets lycanthropes meets vampires meets hell on earth. It’s a little bit Twilight and a little bit Lord of The Rings. I wouldn’t go so far as to say the movie was a box office flop yet somehow it didn’t quite attract the kind of attention the producers were hoping for and arguably what it had deserved. 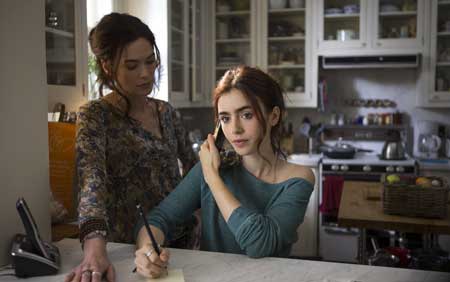 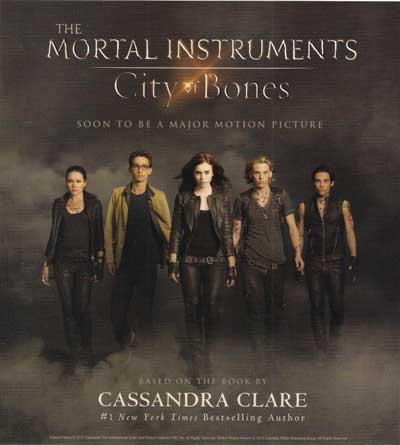 This epic dark fantasy adventure, werewolf, vampire, afterlife romance mish-mash may very well have alienated its potential audience. With the stigmas behind the Twilight films being strictly a post pubescent chick flick and the True Blood series run its last exciting thread, the story lines have been borderline saturated.

Once the audience unveils the stereotypes the plot design carries there is some most intriguing conflict shifts from man versus supernatural to man versus man to man versus his inner self. The rising tensions are executed flawlessly, fluently often referencing turmoil after the next. Each angst riddled dilemma surrounds one Clary played by Lily Collins as the heroine protagonist and how she interacts with each of her loved ones.

Symbolism is utilized in many fashions that elevate the sense of mystique and intrigue. A sacred cup, a pentagram and the cemetery gate keepers to the City of Bones are merely a few. As a result some most horrific imagery is illustrated enough to whet the appetite of even the most cynical of horror fans. 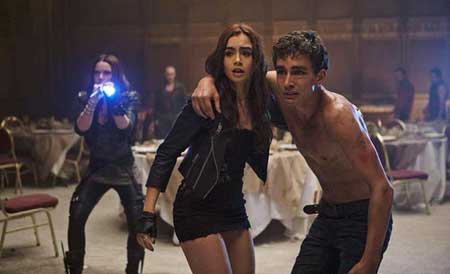 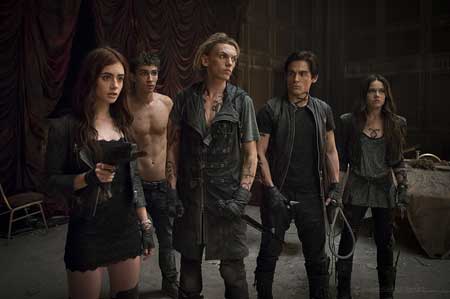 Some scenes fall a little short of their mark, just when the excitement is heightened to extraordinary proportion. While it isn’t difficult to fathom the intent of the director in harnessing effective blend of light and shadow, a few of the shots are murky and emit too much darkness as a result. The viewer ultimately gets confused with who is interacting with whom and what’s going on. It’s the exact opposite of what the director was trying to achieve in conjuring the audiences’ imagination. In this case the fear isn’t heightened as a result of our subconscious running amok, it’s more a matter of inability to fill in the blanks and some viewers’ attention spans may wander aimlessly.

Where the shots are too dark in contrast the innovative weaponry utilized in the fight sequences more than make up for it. Some most inspiring fight scenes take place that will render the testosterone fuelled demographic fist pumping chanting ‘bad ass’ over and over again.

A disturbing plot development rears its ugly head in the final sequences. Without disclosing any spoilers, it is suffice to state this little gem of information will only unsettle many viewers and if withheld it would hold no major consequence of relevance in terms of conclusion. Perhaps some waters are best left unchartered. 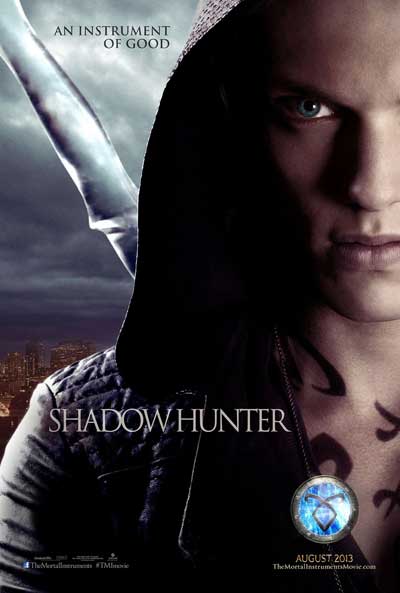 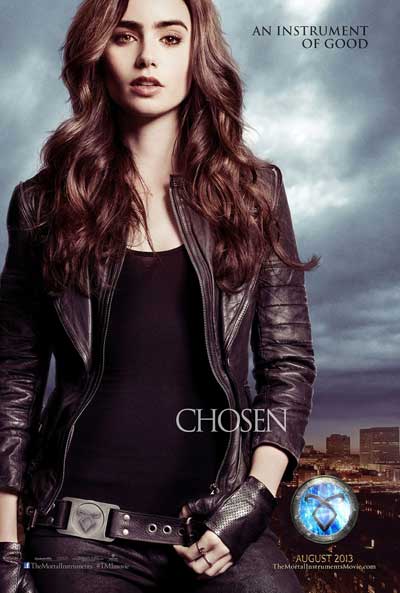 It is evident a great deal of thought went into the execution of the story and it would be most interesting to see how the original stories written by Cassandra Clare translated from original novel format.

The lead actress Collins is such a fan of the books when she heard they were casting for the production she did everything in her power to land an audition.

A sequel The Mortal Instruments: City of Ashes is currently in post-production. 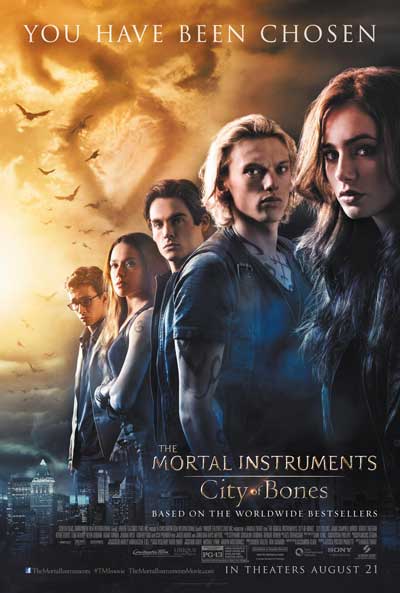 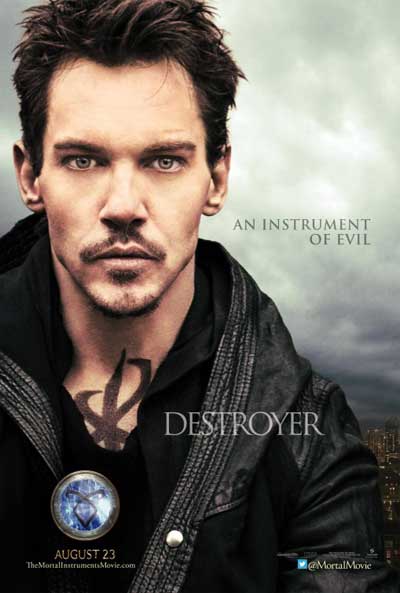