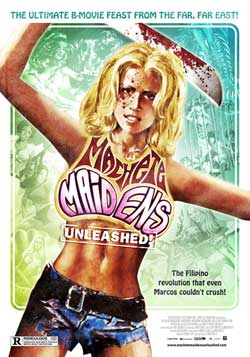 A behind the scenes look at the exploitation movement of cinema in the Philippines throughout the 1970’s and 80’s.

Ever secretly wondered about all of those campy, drive inn classics yet were too bashful to ask? Find yourself indulged in the guilty pleasure of monster movie madness, nun-chuck wielding buxom babes or midget espionage? Perhaps, like much of the general population you’ve been rendered perplexed over the sheer absurdity of these films and moreover their cult like following. If you’ve ever wondered where the B movie was conceived or even why, then search no further you’ve stumbled across one gem of a documentary. 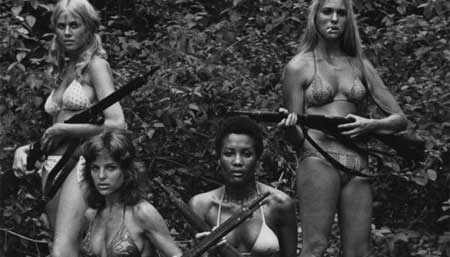 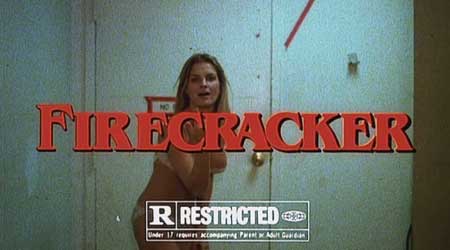 Critically acclaimed cinematic icon Mark Hartley writes and directs this documentary of oddities. The audience is graced with dozens of interviews from fellow directors, crew members, stars and starlets of the era. An expose into the history of exploitation, we’re privy to a lot of little known facts about the time frame such as overall mood, conditions and lifestyle of the war torn, third world country. The tropical haven was a virtual paradise for aspiring film makers to maximize profits with minimal budgets. Often humorous and charismatic, the interviews disclose tales of c**k roach infestations, dog sized rats, stunt men that were paid five pesos and told to go home, Machete Maidens pulls no punches and packs a wallop in B movie grandiose. 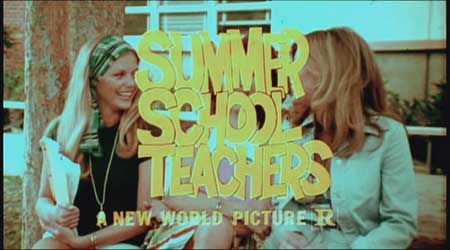 The documentary even takes an interesting twist offering conjecture into what had killed a seemingly insatiable market. Larger budget block buster features with all of the exploitation type ingredients were being produced such as Jaws, Star Wars and Apocalypse Now. Audiences were captivated by the same type of ludicrous story telling yet were bedazzled on a much larger scale. One particular ominous rumour is when shooting Apocalypse the scenes where the soldiers are going through the jungle and a vast number of bodies are strewn about the bamboo and palm trees, hung to their very last breaths, special effects was not needed as the bodies were actual cadavers. Kind of gives you the creeps doesn’t it?

We get a glimpse into the storied career of Roger Corman and his contributions to cinematic history in having discovered Francis Ford Coppola, Robert DeNiro, Jack Nicolson, among others. 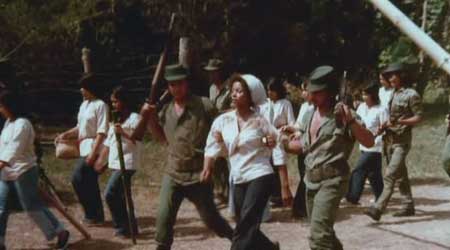 Sid Haig, the veteran actor that you may recognize from more contemporary times as Capt Spaulding from House of a Thousand Corpses and Devil’s Rejects shares some immensely amusing stories about Pam Grier who became famous in those times as Foxy Brown. Haig also shared that it wasn’t that unusual for talent and crew to return to their hotels from a long day of shooting to find a gun fight break out in the lobby. Violence was so common place the makeup crew was often packing heat.

It was really entertaining to see the types of marketing ploys they’d utilize in certain cases. One television spot offered a ‘chuck cup’, distributed at theatres in the event you weren’t able to stomach all of the blood and gore. Another offered a refreshment of green elixir that the audience was ultimately to drink before the film began so they could join the cult much like the characters before them on the silver screen. It’s wackiness at its best. We know it’d never fly in this society. I think that’s what makes it so intriguing. 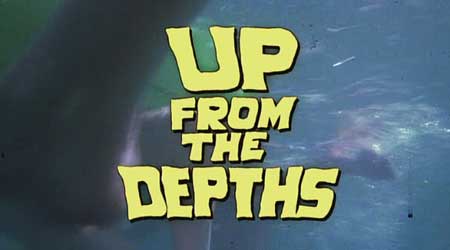 The clips are violent, gratuitous, gory and unapologetically skimpy on clothing. It’s not exactly the sort of thing you’d bring a date to, or life altering in any way shape or form but Machete Maidens Unleashed is just good old fashioned, primal fun. It’s refreshing to see a lot of the female cast reliving their experiences in most part indicating how liberating the experience was and not at all were they victimized, demoralized or degraded in any way shape or fashion. 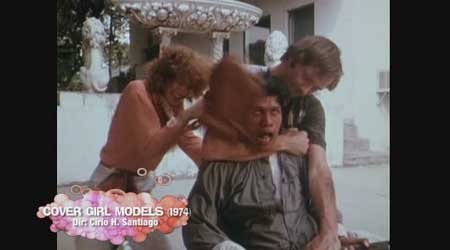 John Landis, director of An American Werewolf in London made some interesting points as well. He’d often laughed or scoffed at the notion of stuffy, pretentious film critics attempting to decipher or analyse the director’s style, use of metaphor or subtext. Landis would simply laugh it off, smile and nod and say, sure whatever you say. But in reality, he simply called a spade a spade, a cheap idea, cheap execution and extravagant reception.

You don’t have to be a fan of the genre to enjoy Machete Maidens Unleashed, simply check your expectations and perhaps your morals at the door, sit back and enjoy the ride.

-Four out of Five Tombstones