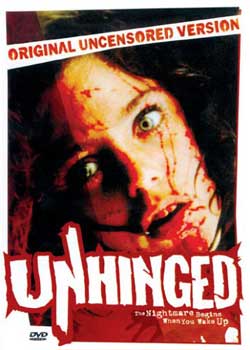 After three female friends are involved in a car accident in the middle of nowhere they are rescued by the oddball Penrose family who live in a creepy old mansion miles away from civilization. The family takes them in and allows them to stay with them until the only friend who was seriously hurt in the accident is well enough to leave. It is pretty obvious from the start that there is something not quite right about the family, and it isn’t long before our heroines start getting killed off. What is the horrible secret the family is hiding, and will any of the friends survive long enough to figure it out?

For some reason this movie was banned in England back in the day and put on the infamous “Video Nasty” list with a lot of other movies that were a lot more disturbing and violent. I’m not exactly sure why this happened, because to be quite honest Unhinged isn’t very violent at all (less than five people die the entire time and most of the death scenes really aren’t that gory), and it isn’t really isn’t disturbing either. It isn’t a bad movie, and as a matter of fact I have always thought of it to be a nice little hidden gem that most people haven’t discovered. It borrows heavily from Psycho (to the point that one character is named Norman and there is another one named Marion) and a couple of other horror films that came out before it. It doesn’t really bring anything new to the horror movie genre as it is pretty unoriginal and predictable, but at the same time there is just something about it that I have always liked. 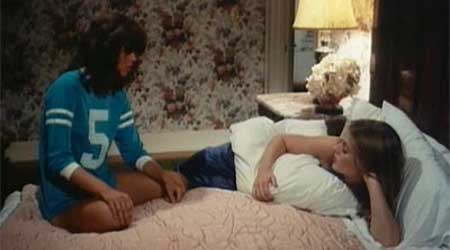 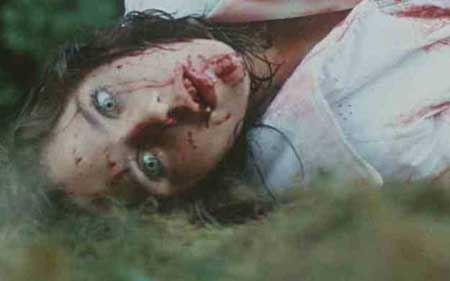 Even though I have seen a slew of movies over the years with pretty much the exact same premise (a group of people find themselves stranded in the middle of nowhere due to car trouble only to be saved-and later terrorized and murdered-by a strange family or individual) I honestly think that Unhinged does it better than a lot of other films out there. It has just an overwhelming ominous vibe to it and there is just a sense of dread that is present the entire time. Yes, I know it is a horror film and some bad things are eventually going to take place, but the filmmakers do a great job of just setting up a dark and uneasy tone before the bodies start hitting the floor so to speak. I like the fact that there is a great deal of buildup taking place for the first half of the movie and if you are one of those people who likes a little suspense in your horror films while you wait for the shit to hit the fan then you won’t be let down by this movie at all. 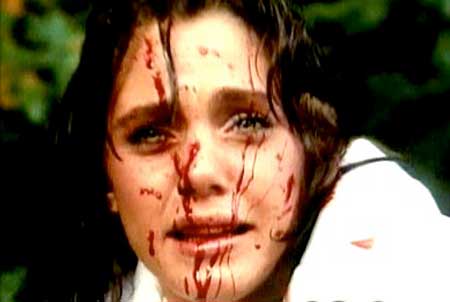 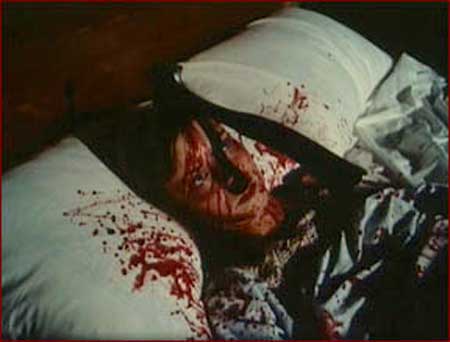 I personally thought that the entire Penrose clan was a hell of a lot creepier than most of the other weirdo families that appear in a lot of other horror movies. Don’t get me wrong, I love the Firefly family from Rob Zombie’s House of a 1,000 Corpses but they are a lot less realistic (and as such a lot less creepy and just out there in general) than Mrs. Penrose and the rest of her family. We find out pretty early on that Mrs. Penrose is a crazy old broad who has issues with men, and Marion (who is supposed to be the normal one) is even weirder. I don’t want to go into any more detail about the family, but let’s just say they have a pretty f*cked up secret that they have been hiding from the rest of the world and when it is finally revealed toward the end of the movie it is effective and creepy. I’m not saying that the big thing that happens at the film’s conclusion is terrifying or anything and you probably won’t be sleeping with the lights on for a few nights after watching it because you can’t stop thinking about it (unless you are just one of those people who is easily scared), but let’s just say that it is pretty freaky and it just works on a couple of levels. 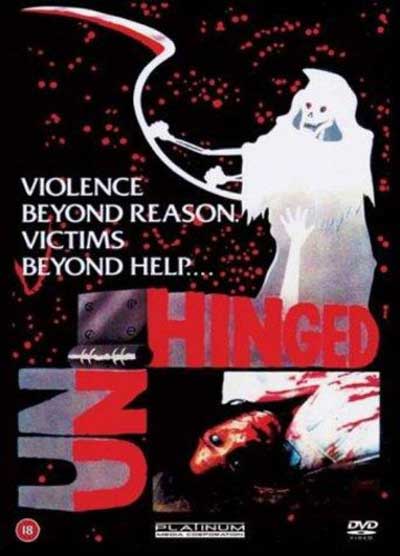 I like Unhinged. I’ll admit that some of the death scenes leave a lot to be desired (the first one involving the scythe had a huge amount of potential but ends up turning out pretty cheesy and just plain bad) and I would have been happier if more people had died, but I was able to overlook both issues and enjoy the movie anyway. I don’t know if it is for everyone as it is a bit slow at times, but I think that if you give it a chance and don’t give up on it you will really like it. Check it out if you haven’t seen it, I think that you may be pleasantly surprised by how good it actually is in the long run. 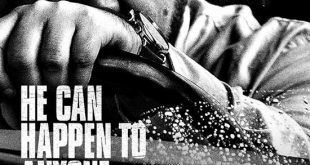