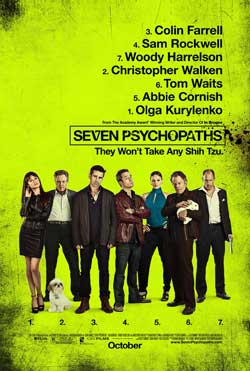 A screenwriter pressing for deadlines is oblivious to becoming entangled in a vendetta between his best friend and a mafia boss whose dog has been kidnapped.

Ever since first witnessing the initial trailers and advertisements for Seven Psychopaths I’d been dying to see this picture. The fanfare and hype in this case was well deserved and rest assured director Martin McDonagh’s endeavor will not disappoint. 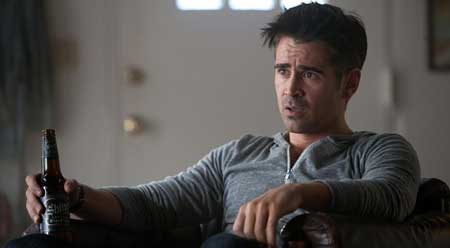 Seven Psychopaths is an innovative, artistic design that is reality is a picture within a picture. What truly makes this film is the ensemble of highly gifted actors and actresses. Marty is a screenwriter played by Colin Farrell. He’s casted brilliantly as we instantly buy into his neurosis, alcoholism and uninspired approach to both writing and life within itself. A great deal of the opening sequences is invested in his thought process for appeasing his agent and studio buy turning out the next blockbuster manuscript. Jaded, cynical and far from motivated Marty scraps copy after copy trying to devise the next big thing. He refuses to succumb to the arcane or dreadfully predictable violence depicted in Hollywood yet consistently comes back to a brainstorm of Seven Psychopaths. His vision is vignette in nature surrounding one by one, characters that embody the concept of sociopathic and psychotic behaviour. 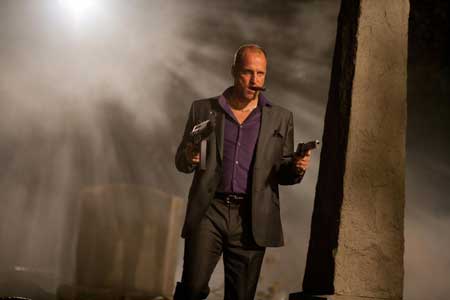 Some genuinely comical wit and interaction ensues between Marty and girlfriend Kaya, played by Abbie Cornish. Her presence is esthetically pleasing despite her persistent nagging to Farrell’s character to do something with his life besides sleeping the day off and tie one on at night.

Any film where Christopher Walken is on the moniker is guaranteed to intrigue. Infamous for adding lib and improvising, his character of Han, the lead dog-knapper is whimsical and endearing as always. His lines within the production will resonate with film philosophers long after the final credits. 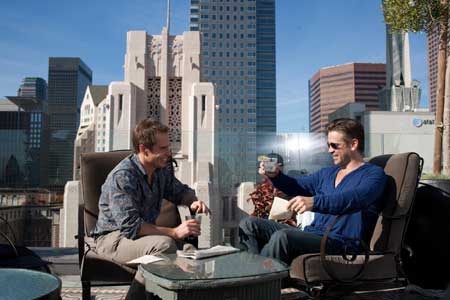 Who truly steals the show is one Sam Rockwell. Cast as Billy, the eccentric, meddlesome counterpart to Marty’s character is laugh out loud hysterical in all its darkened drudgery. He continuously pesters his best pal to adapt some of creative ideas within the screenplay and goes so far as to make him co-writer within the project. Billy ups the ante and churns the rising tension by acting out many of his brainstorms. His identity in the plot of the film makes the price of admission worthwhile in its own right. 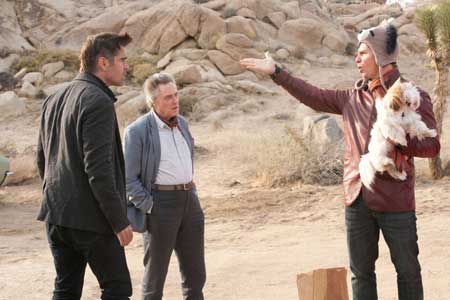 Woody Harrelson flexes his diversity in his role of mafia kingpin Charlie. His contrast of ruthless aggression and undying sentiment towards his prized Shih Tzu is comedy at its finest. Harrelson owns the role in such manner we don’t envision any other Hollywood player that could possibly convey a convincing portrayal as well as him. In fact Mickey Rourke was originally slated to play Charlie. As much of a fan I am of Rourke I believe his casting in this production would have conveyed an overall B-rated, straight to disc tone. He dropped out of the production with alleged disagreements with director McDonagh. 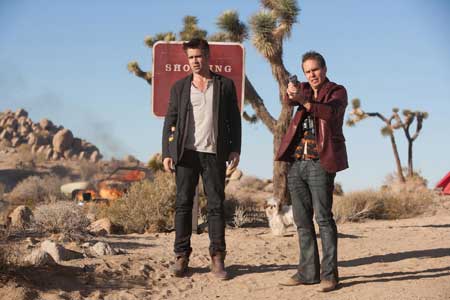 Some genuinely dazzling cinematography is splashed upon the silver canvass as we are greeted to a serene lakeside back drop with two hitmen conversing at the beginning. Many of the desert shots later in the film truly brings the plot to life, forever inching the audience closer and closer to the edge of their seats. 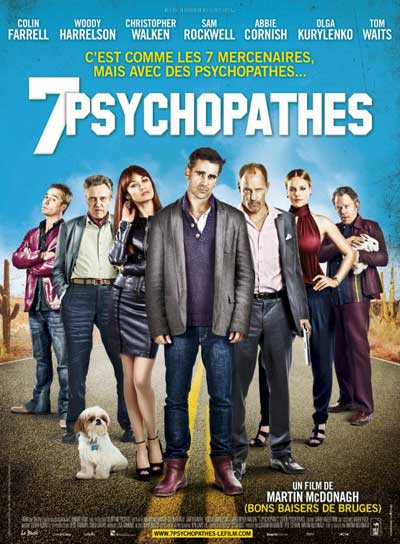 I’ll refrain from divulging a whole lot more about Seven Psychopaths in fear of spoiling the maximum impact for viewers. Be sure to add this to on the must see list of 2013.