XLrator Media, LLC (xlratormedia.com) announced the launch of “Screamfest” and “Macabre” multi-platform releasing labels to bring the best in horror and genre films to North American audiences. The labels will showcase thrilling new horror visions from American and international filmmakers.

The first films set for release under the “Screamfest” banner will be zombie actioner OUTPOST: BLACK SUN and the Norwegian thriller THALE, which premiered at the Toronto International Film Festival and recently screened at Screamfest Horror Film Festival. Based on actual accounts and events, the video conspiracy document BIGFOOT: THE LOST COAST TAPES and the sexy, stylish, bloody vampire tale THE THOMPSONS will be the first releases under the “Macabre” banner.

“We are proud to join forces with Screamfest, one of America’s leading horror film festivals for over a decade,” said XLrator Media CEO Barry Gordon. “The festival has served as an authentic, fan-approved launching pad for dozens of talented filmmakers who have gone on to redefine the possibilities of the modern horror genre.”

“We are excited and honored to curate the new Screamfest label in partnership with XLrator’s Barry Gordon and Mike Radiloff. Their marketing and distribution expertise will help build and enhance the Screamfest brand across all distribution platforms,” said Screamfest founder/festival director Rachel Belofsky.

“The Macabre label will feature vampire clans, zombies, mystery hunters, killer hillbillies, even Sasquatch! Vanguard horror and genre films with an eye towards the provocative, envelope-pushing, and at times even the absurd are all at home on Macabre,” said Gordon.

From the filmmaking team behind 2008’s OUTPOST comes the sequel OUTPOST: BLACK SUN. Pursuing a notorious Nazi war criminal in present-day Eastern Europe, a young woman uncovers a deadly army of zombie Nazi soldiers intent on the rise of the Fourth Reich.

Part of the new wave of Scandinavian horror-thrillers exemplified by The Girl With The Dragon Tattoo and Let the Right One In, Norway’s THALE is a haunting tale based on a mythical character from Nordic folklore. Two crime-scene cleaners discover a mythical, tailed female creature in a concealed cellar. She never utters a word, unable to tell her story, but the pieces of the puzzle soon come together: she’s been held captive for decades for reasons soon to surface.

After a “Bigfoot Hunter” claims to possess the body of a dead Sasquatch, a disgraced investigative journalist stakes his comeback — and the lives of his documentary film crew — on proving the find to be a hoax. The truth, it turns out, is much more terrifying.

Based on real accounts and filmed on location in an area of Northern California which has the world’s largest concentration of Sasquatch sightings, BIGFOOT: THE LOST COAST TAPES puts a thrilling new twist on the enduring American legend.

The epic sequel to the Butcher Brothers’ award-winning horror-thriller THE HAMILTONS garnered enthusiastic reviews at this year’s FrightFest and Sitges Film Festivals.

On the run with the law on their trail, America’s most anguished vampire family heads to England to find an ancient vampire clan. What they find instead could tear their family, and their throats, apart forever. 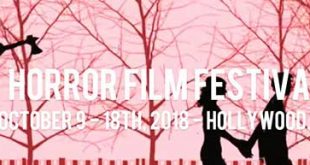 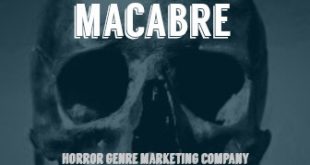 New Horror Public Relations Company Has Risen From The Macabre