United States Special Agent Leon S. Kennedy sneaks into a small Eastern European country to verify rumors that Bio Organic Weapons (B.O.W.s) are being used in war. Right after his infiltration, the U.S. government orders him to leave immediately. Determined to uncover the truth, Leon ignores the order and enters the battlefield to end the chain of tragedies caused by the B.O.W.s

“Resident Evil: Damnation” picks up with much of the same dynamic animation stylings as the last film . In fact, I’m starting to predict in another 10 years not being able to tell the difference between real and CGI releases. But for all purposes this is a complete animation created under the Japanese company Capcom and Sony.

“Resident Evil: Damnation” is directed by Makoto Kamiya who also directed the previous “Degeneration (2008)”. This round we are introduced to a war in progress. As we are told 74 years have gone by with the East and the West splitting up due to Soviet socialism. In 1991 there was a collapse continuing with the split with those favoring independence from Soviet rule. A new rebellion broke out that didn’t see eye to eye culminating into an eventual cease fire order issuance. In 2010, the rebellion was revealed as having land and resources important to the Soviet. The Eastern Slav Republik was heralded by a new female president, Svetlana Belikova (Wendee Lee) who was determined to act to avoid losing independence. The East Slavic Republic was also rumored to be experimenting with bio organic weapons deemed BOW’s to combat the rebellion so that they could claim their oil resources. 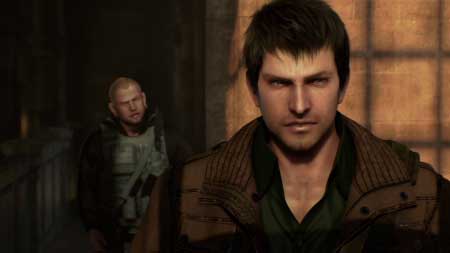 Leon S. Kennedy (Matthew Mercer), a US federal agent, was brought into to confirm the existence of these BOW’s but is called back by the US (as the US and Russia make preparations for war). Leon refuses to leave so that he can uncover the truth for himself (thus disobeying orders to stay and investigate). As he heads into the battlegrounds, he is attacked by a mutant “Licker” of which is destroyed by 3 men who take Leon into hostage. The men are JD, Buddy/Alexander ‘Sasha’ Kozachenko and an older man named Ataman/Ivan Judanovich. These men are revealed to be pro independence fighters (as opposed to terrorists) of who begin to develop a comradeship with Leon shortly after. 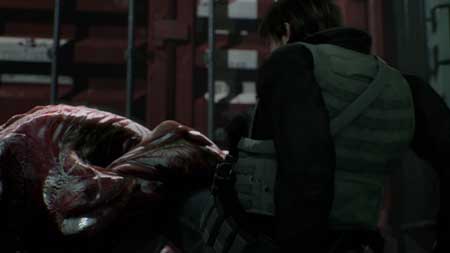 Leon posing as just a “tourist” helps the men escape thus saving a few of their lives in the process. It becomes a battle for survival in a land of townspeople who are becoming under the influence of parasitic creatures called “Plaga”. The plaga attack ones central nervous system by entering thru their host’s mouths, taking them over, and wrapping around their spinal cords (essentially creating a bunch of savage zombie-like cretins). This parasitic outbreak is later discovered to be a cultivation of the plaga species used for battle dominance.

Later, a specialist is called in by Svetlana named Ada Wong (Courtenay Taylor) who arrives from the BSAA (Bio Terrorism Security Alliance) posing as an investigator for the United Nations. Meanwhile we find out about the master slave relationship that has been designed to control the Lickers for warring purposes. The film continues in this fashion with the freedom fighters and Leon doing battle against these bio weapons in the course of a civil war. 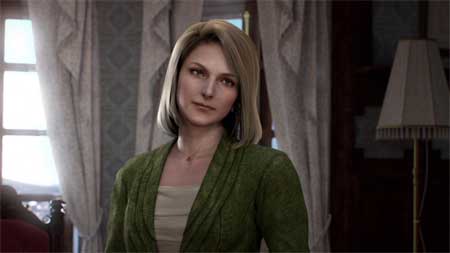 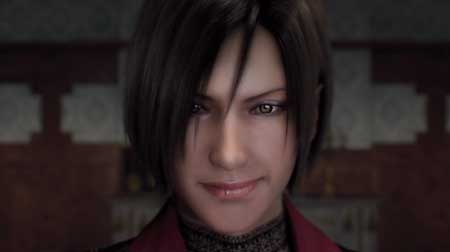 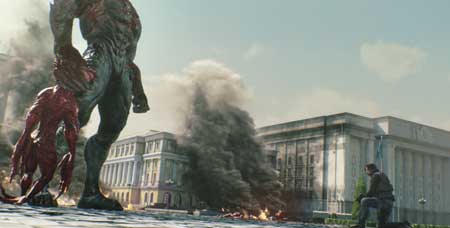 Now for fans, you’ll want to take note that the film features quite a bit of “Lickers” (which I saw as a good thing). The highlight for me was the gigantic Soviet zombie soldiers which appear towards the 3rd act. There are some great battle scenes here with plenty of nasty giant gory-ass bone-crushing scenes to indulge in. I thought the CGI work was outstanding, emphasizing the details of the characters faces and the anatomy of the featured creatures. The film begins a bit confused with Russian history, but soon gets its grounding with alot of the Resident Evil action that we’ve come to expect from this bunch. High powered gory action with plenty of Evil chaos to pick thru! Just check it out!