Caite Upton, the 2007 Miss Teen USA contestant who became a video star when her pageant interview went viral, will make a special guest appearance in an episode of the upcoming second season of FEARnet’s hit series, “Holliston.” In the J-Horror themed episode filming in Hollywood on Tuesday, September 18, Upton plays Rachael—a stunning “Perfect 10” who begins dating series lead Adam, played by “Holliston” creator and star Adam Green (“Hatchet,” “Frozen”). Things take a turn, however, when Adam discovers his perfect woman has a dark side.

This is the first genre appearance for Upton, who has previously been seen as a guest correspondent on “Jimmy Kimmel Live,” and as a finalist on the hit reality series, “The Amazing Race.” She joins a stacked season two guest list that includes appearances by genre icons Bill Moseley (“The Devil’s Rejects”), Sid Haig (“House of 1,000 Corpses”), Kane Hodder (“Hatchet”), and Danielle Harris (“Halloween 4 & 5”), among others.

In addition to her work on “Holliston,” Upton is currently in production starring in her own Google web series premiering next month titled, “Learning Stuff w/Caite Upton.” She can also be seen in a recent episode of Lifetime’s “The Week The Women Went,” and in the documentary “Speak.” No stranger to the small screen, Upton has appeared on “The Today Show,” “Chelsea Lately,” “Tosh.O,” and dozens of national TV commercials. She also was a guest co-host on MTV’s “Ridiculousness,” and had a recurring role on HBO’s “Funny or Die.”

The Los Angeles-based actress is a sought after model with credits that include national campaigns for Bebe and Nautica as well as Maxim.com features. Fans can follow Upton on Twitter @caiteupton and on Facebook.

“Holliston” is produced by Adam Green’s TV and film production company, ArieScope Pictures in association with Hacienda Films and A Bigger Boat Productions. Joining Green and Lynch as executive producers are Cory Neal and Andrew Mysko, as well as producers Sarah Elbert, Will Barratt and Sean Becker who will also be directing many of the episodes this season.

Season 2 will begin airing on FEARnet next spring, and “Holliston” Season 1 will be available for purchase on DVD and BLU Ray on October 9 through Image Entertainment. 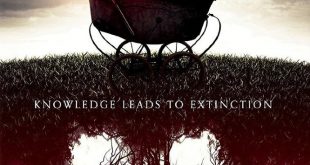 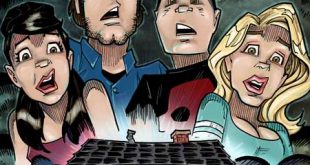