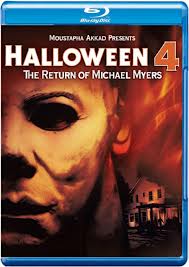 A decade after going on a killing spree Michael Myers (who everyone assumed was dead) returns to his hometown of Haddonfield. This time he is stalking his niece Jamie, and he is more than willing to kill anyone who tries to stop him from getting to her. As the bodies begin to pile up Michael’s old psychiatrist Dr. Loomis tries to find a way to stop him before it is too late.

Without a doubt the Halloween series is one of the most successful and influential horror film series of all time. I love the first one and think that it is nothing short of brilliant, and it is my wife’s favorite movie of all time (she was quite upset after watching Rob Zombie’s remake a few years ago). The second one was pretty damn good too, and then we have the third one (which I actually like) that is missing a few key elements, namely Michael, Laurie, and Loomis, not to mention it has absolutely nothing to do with the previous films. Many people were pissed that the third one didn’t continue the story that was established in the first two installments, and they wanted their Michael Myers back. Eventually the decision was made to bring Michael back, and a lot of folks (myself included) were thrilled shitless when Halloween 4: The Return of Michael Myers hit theaters back in 1988. I wasn’t disappointed as it kicks all sorts of ass. 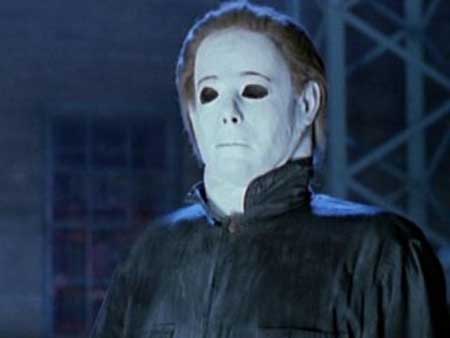 In my opinion Halloween 4 was probably the last good movie of the franchise. I thought that part 5 was pretty much just part 4 all over again and brought in the silly and confusing Thorn cult into the mix. Part 6 was a muddled mess of a film (though the Producer’s Cut is a little better), and H20 was a cinematic abortion. Halloween Resurrection is high on my list of worst movies ever made, and Zombie’s remake and sequel were pretty bad too. One of the reasons that I really like part 4 so much (in addition that it brings Michael and Loomis back) is that it just catches the feel of the first two films. I think that Michael is still somewhat menacing and creepy in this one, and I like the fact that he is uber pissed off and is a hell of a lot more brutal than he was in the previous films. He channels Jason Voorhees a little as he gets a bit more creative when he is killing someone (love the bit where he sticks his thumb through the poor bastard’s forehead), and I enjoyed each and every death scene. 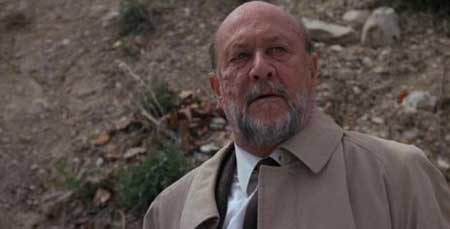 I also thought that the basic story was well done as well. I think that the explanation as to why Michael isn’t dead works (come on, the guy is like f*cking Doomsday from the Superman comics! He’s pretty much unstoppable!) and I like the fact that they went in a different direction and had him going after Laurie’s daughter instead of Laurie for a change. I think that it is an interesting concept and that no one else in the world was better suited to play the part of Jamie other than Danielle Harris (I met her a couple of years ago at a horror convention and she is such as sweet, down-to-earth woman who is very approachable and just a great person in general ). I love the ending of the movie as the last scene is nothing short of completely awesome, and it is unfortunate that what takes place at the end is pretty much dropped in the next installment as I think it had potential to be very, very cool. 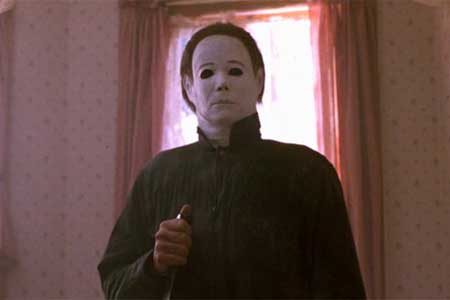 As I said earlier Michael is a little more hardcore in this one and as such we get some pretty cool death scenes. In addition to all the stabbing and slashing that takes place (Mikey sure is fond of his butcher knife) we get a throat ripped out, a crushed head and face, some impalements (the one involving the shot gun rules), and an entire police station becomes a slaughter house (we only see the aftermath, but what we see is pretty cool). Michael isn’t f*cking around in this one (not that he ever really does now that I think about it) and as a result we get some pretty damn awesome death scenes in this installment, much to my delight. 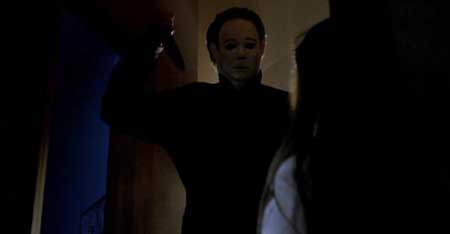 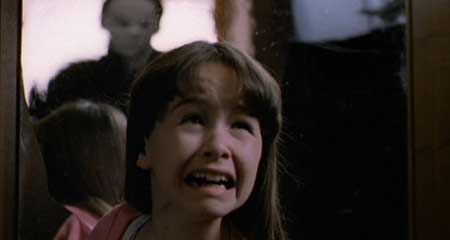 I have seen Halloween 4 more times than I can remember and it is one of those movies that never gets old. I like it as much as I do the first two movies and in my own mind I like to pretend that it is actually the final movie of the series since the ones that followed blew. If you haven’t seen it then you need to check it out as soon as possible so you can see for yourself how great it is.